Although the perpetual water droplets on our hydrangea have been beautiful, the kids were starting to get a little stir-crazy.  Paulie asked, "Why does it keep raining so much if it's not even April anymore?"  Fortunately, I could send the older 3 off to school, where I'm sure the teachers were lamenting another day of indoor recess. 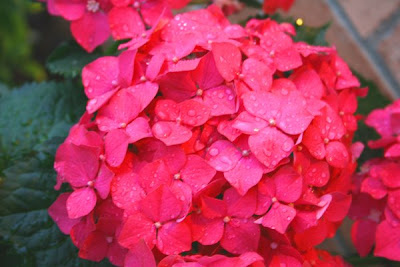 Finn was home with me for the day.  Either the break in routine messed him up, or he's cutting his 2 year molars because he was Mr. Crabby all morning.  Coloring seemed to be the only activity that placated him for a little while.  Mommy was happy to accomodate. 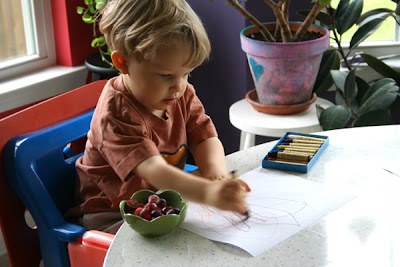 He was so happy to discover the white crayon, that he'd previously thought was broken, actually did work! 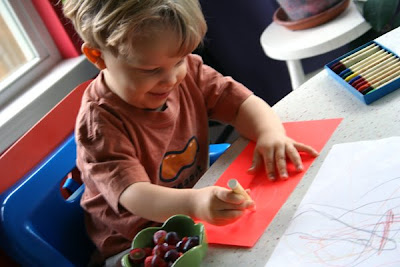 A muffin after nap (along with some Rescue Remedy) perked him up a bit... 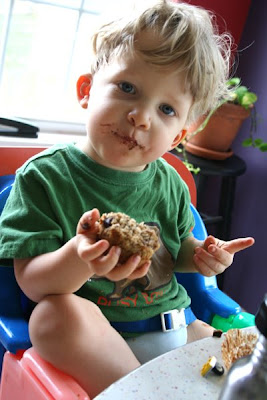 ...as did more rock painting.  (He's a guy obsessed with painting rocks these days.) 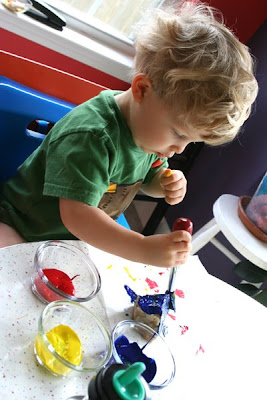 Hopefully after a good night's sleep, he'll be feeling better.
Posted by Joy at 6:02 AM