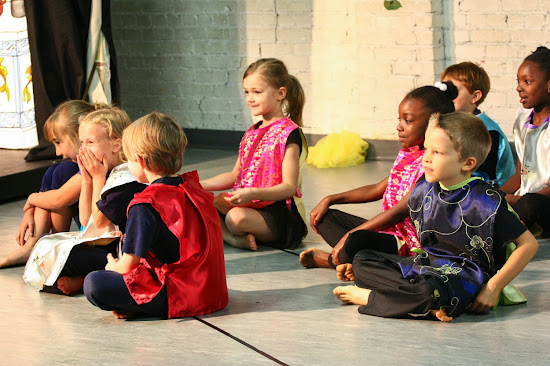 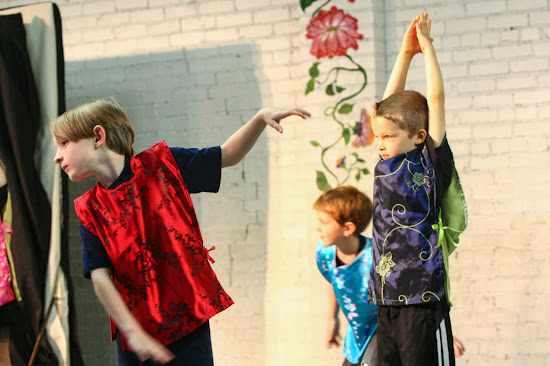 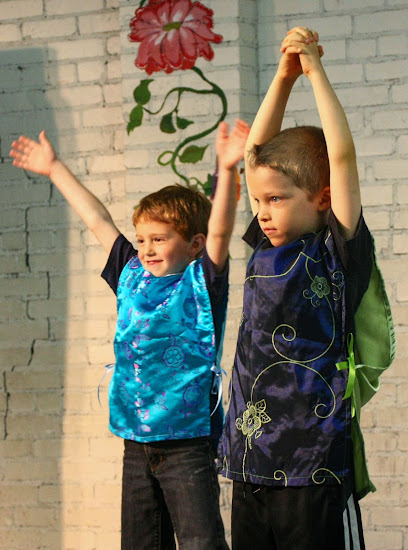 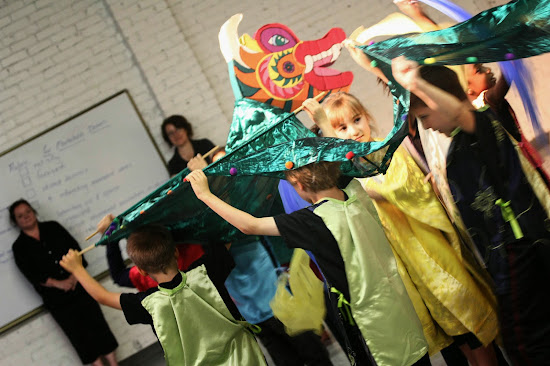 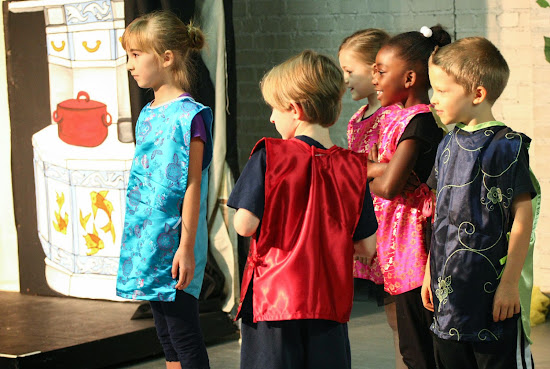 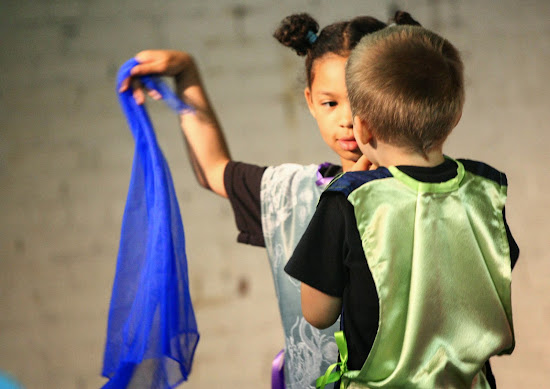 The time finally came. The time where I clearly needed more space if I planned to continue canning as much as I have been. We filled our little jar shelf that used to sit in this space and then another two shelves in the pantry, a half shelf in the garage of empty jars, and still we were squeezing jar into random places. Random places that I would, of course, forget about when I needed a particular item. We've talked about added more jar storage in this space for nearly a year, and the time finally came. 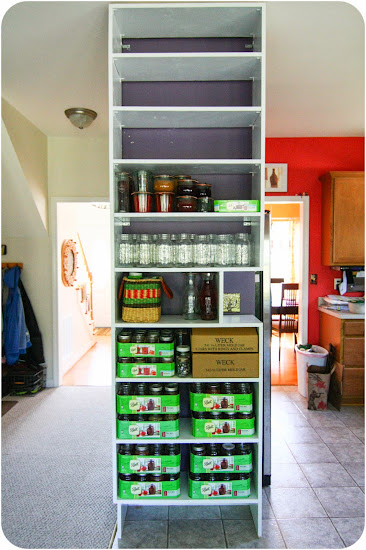 We hired another parent from our kids' school to build this shelf unit, then I immediately set to work on the painting. The paint on the top 3 shelves are drying as I type, but I just couldn't wait any longer to get some of these jars out of the hallway! 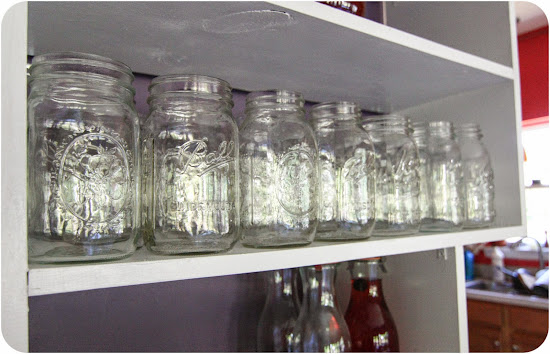 The best I can figure, this shelf will hold about 250 jars of varying sizes, which is about how many we have right now. If I decide to can more than that, we'll still have to utilize part of the pantry, but at least the bulk of our jars will be in a single, organized location. 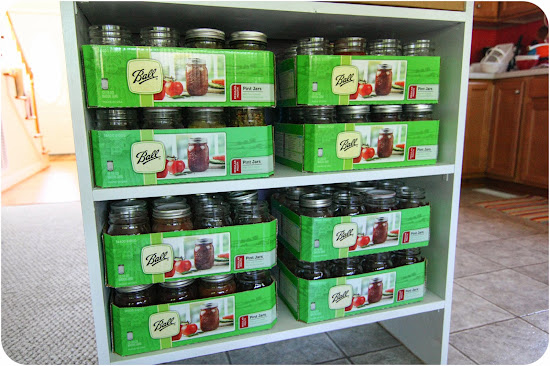 Bring on the summer! I'm ready to start canning! 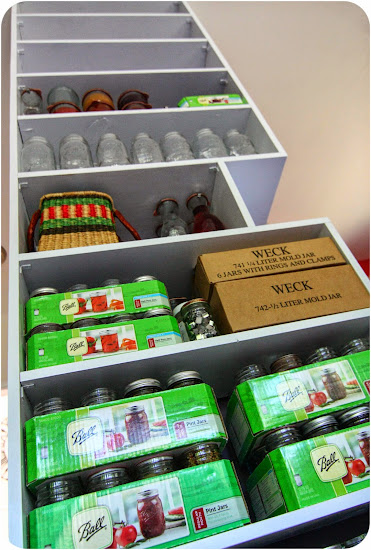 PS. Have you visited The Book Children recently? There's a giveaway right now so check it out!

a Lego poem by Philip 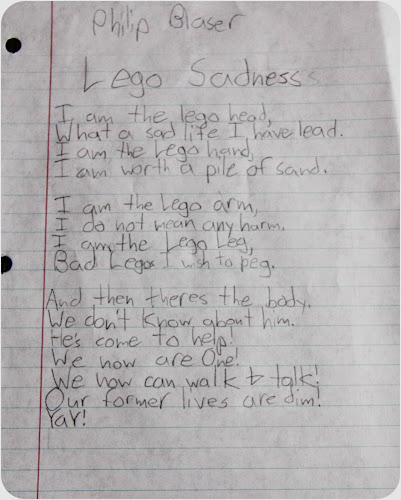 Philip had an assignment for his AG class to write a poem that was a metaphor. The metaphor was to center around the story of the Mexican migrant workers in Arizona in the 1920s who were making such low wages that they walked out of their jobs and walked some 300 miles in protest. As Lego is the language that Philip speaks best, he used a Lego man as a metaphor. 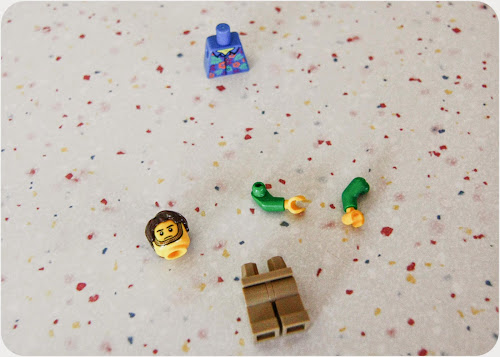 And then there's the body.
We don't know about him.
He's come to help.
We now are one!
We now can walk & talk!
Our former lives are dim!
Yay! 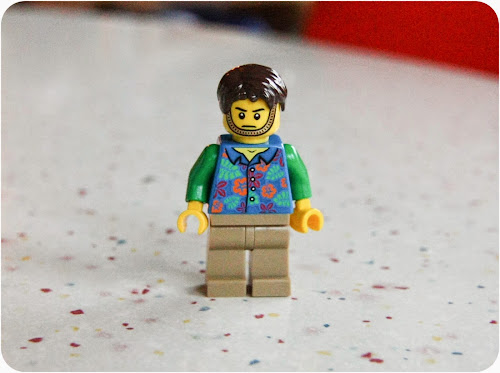