Paulie's second 5k was yesterday morning.  The weather was beautifully overcast and cool for running, if a bit drizzly for a few minutes.  He ran with the Go Far club from his school, which is an after-school running club he attends twice per week. 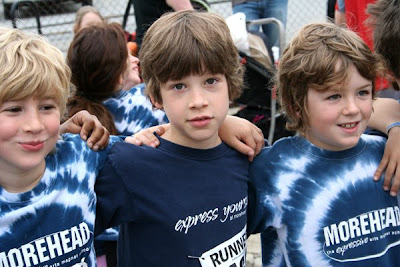 He was thrilled to have his brothers on hand to cheer for him! 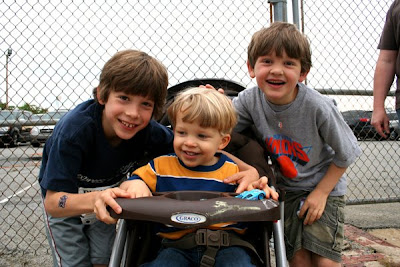 Paul, Philip and Finn goofed off on the nearby benches
while we waited for Paulie to near the end of the course. 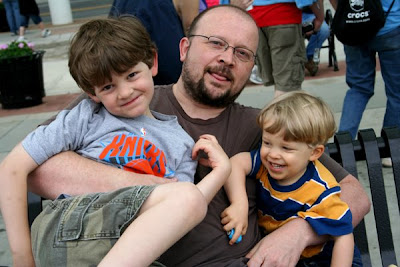 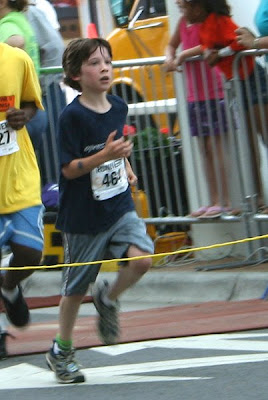 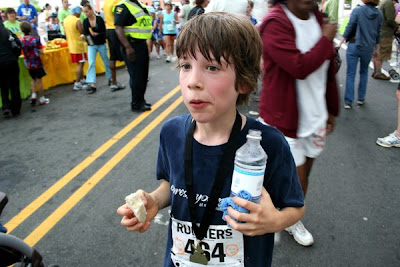