The kids started out the day playing with the new gifts that the family brought.  Finn played with his new fire station from Plan City. 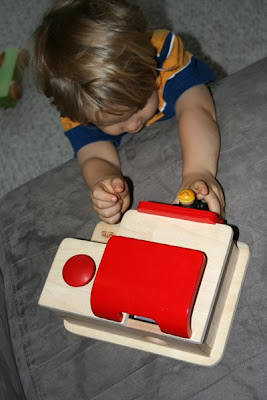 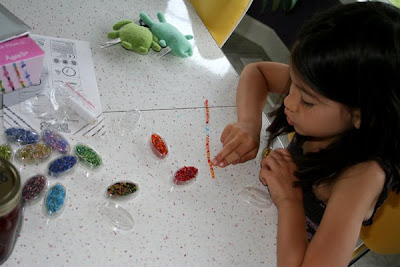 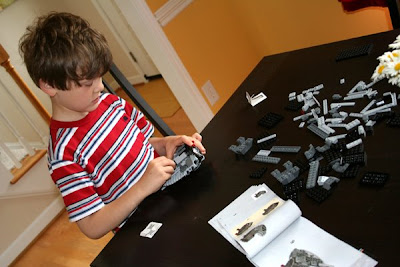 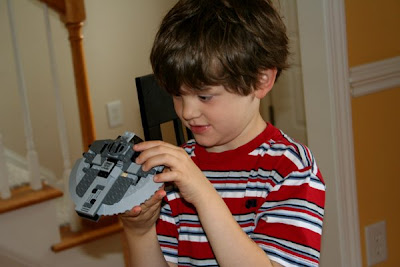 Later, when the family arrived back at our house from their hotel.  The kids were thrilled to engage them in various activities.  Elizabeth explained the in-and-outs of the Ugly World to Dr. Joe (Paul's brother). 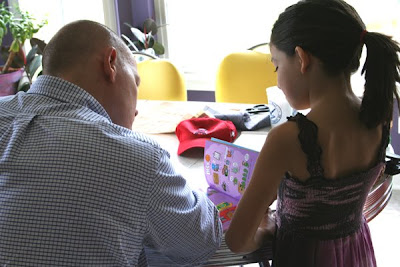 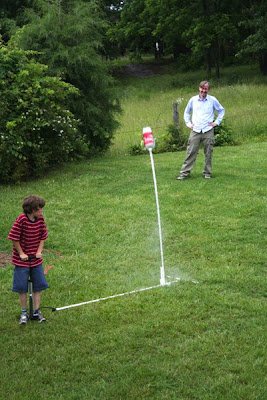 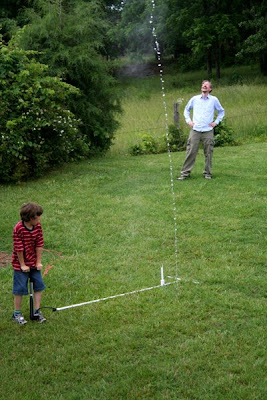 They decided to send Moxy, Elizabeth's Ugly Doll, up for a ride. 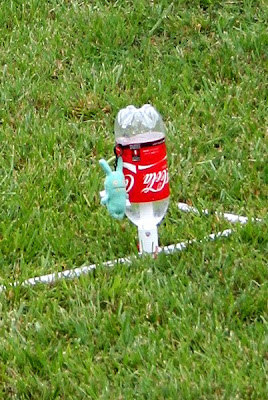 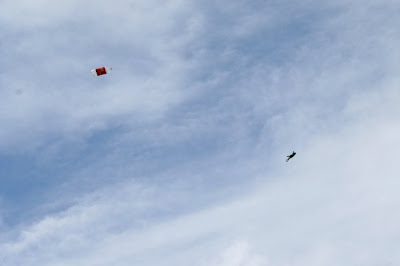 Then Elizabeth decided to get in on the gravity-defying action
by making a parachuting basket. 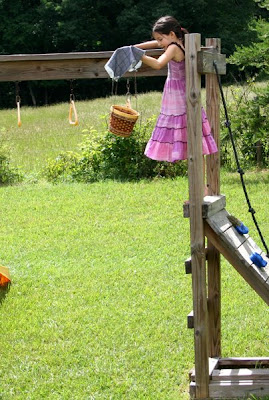 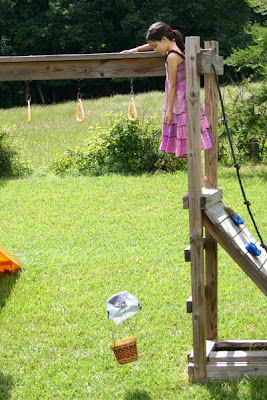 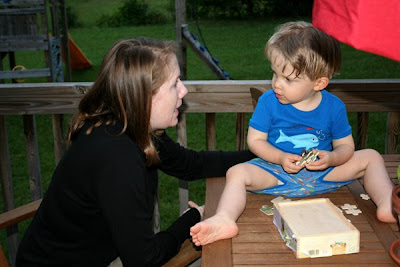 while the big kids learned to play Sequence with Aunt Karen (Paul's aunt). 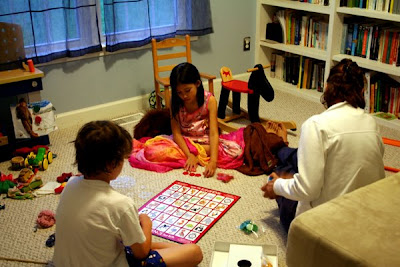