what not to do when kool aid dyeing

I stumbled across this kool aid dyeing craft at The New Homemaker a while back and decided yesterday to give it a whirl.  The look on Paul's face when I asked him to pick up kool aid at the store yesterday was worth the entire failure of the project.  Yes, failure.  Apparently the power of the microwave is a factor worth considering in the time length of the microwaving, and well...you can see the results below.

We sprinkled kool aid on the scarves
then mixed the kool aid into the silk. 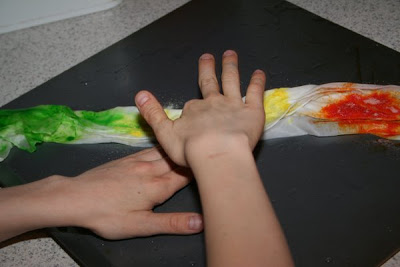 We put the silk inside a plastic bag
then microwaved for 2 minutes.
Note: that was too long 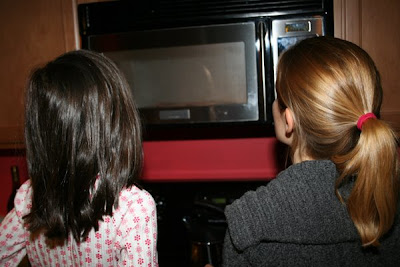 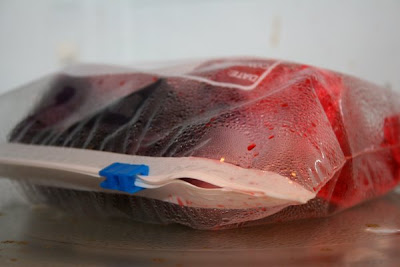 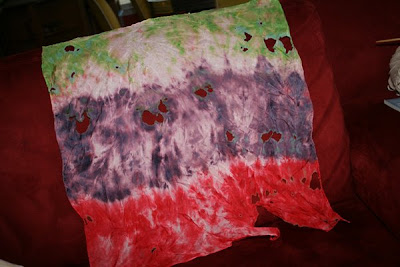 Actually, the above silk was the worst one in the bunch.  Elizabeth's just had a ladybug-sized hole and the others were somewhere in between.  Philip was actually quite proud of his scarred silk.  He and Paulie have declared their silks to be battle flags, and they want to build a boat to fly it from.  I guess that's what you call turning lemons into lemonade.
Posted by Joy at 8:32 AM