After waking up a second day in a row to the rainy scene out this window, I knew we'd need several projects to work on or we'd end up with bickering, bouncing-off-the-wall kids. 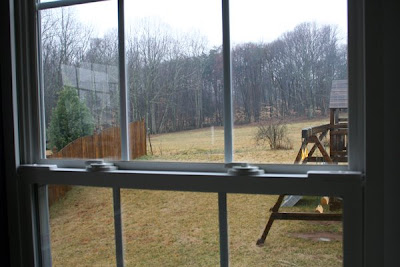 Add to the rain that Paul woke up sick and I was on-call for work this weekend and had a 7 hour job that needed to be completed in the middle of the day.  The kids were actually more tolerant than I expected, and I tried to keep them busy, helping them (and taking photos) in between my work.
Our first project involved Tomie DePaola's Legend of the Indian Paintbrush.  As we're finishing Little House on the Prairie, I was feeling it a bit necessary to expose the kids to something a little gentler toward Native Americans, and Legend of the Indian Paintbrush was wonderful.  The kids really enjoyed reading it, then drawing their interpretations of their favorite portion of the book. 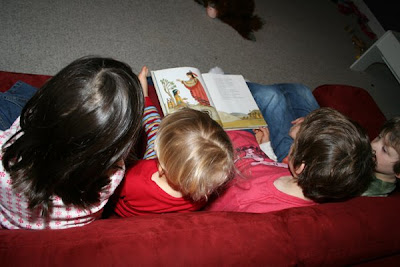 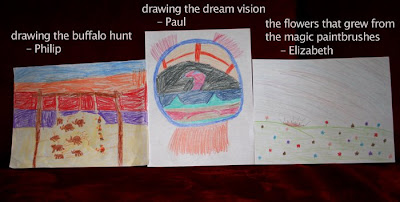 On Friday evening, I started making these cute, little frogs from The Purl Bee.  They were a huge hit and provided a project for the kids that I wasn't expecting. 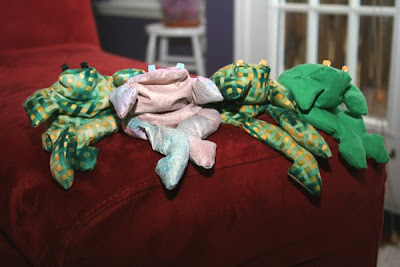 The entire afternoon while Finn and Philip napped, Paulie and Elizabeth created frog houses out of shoeboxes, cardboard, wool yarn, play silks, and scrap cloth.  Paulie, ever so thoughtfully, even included an ipod for his frog. 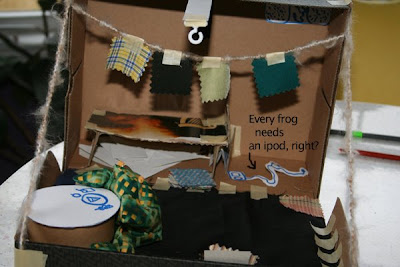 I think their personalities shine through so wonderfully in these frog houses.  Paulie's is so practical with it's bed, table and rug.  Elizabeth's is colorful, artsy and contains a fiber-optic light hanging from the ceiling. 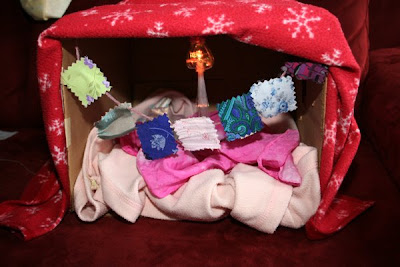 Later in the afternoon, when my work was finished, we decided to plant a new centerpiece for our kitchen table.  I had previously purchased some cat grass and a new pot, and the kids did the rest.  They've been diligently checking every few hours to see if anything has sprouted so I imagine they'll be thrilled in 7-10 days when their checking (hopefully) pays off. 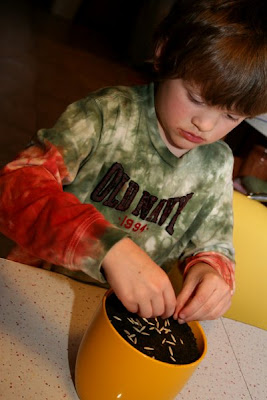 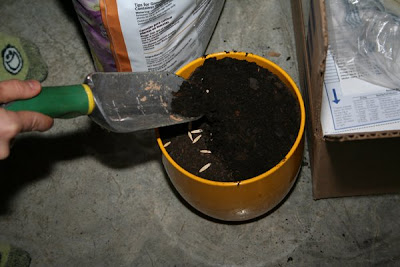 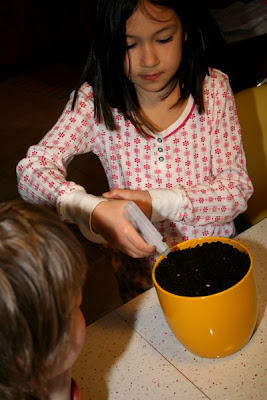 Quote of the Day:  How will our seeds grow without oxygen or light?  (from Philip)
Posted by Joy at 6:09 AM