Today we celebrate the oldest of our children turning 12! It's officially our last year before teenagerhood descends! 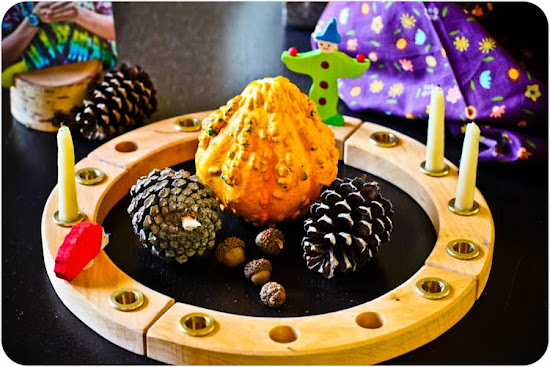 Paulie awoke this morning to a beautiful table filled with the birthday ring and his birthday presents and ate his favorite pancakes before heading off to school. 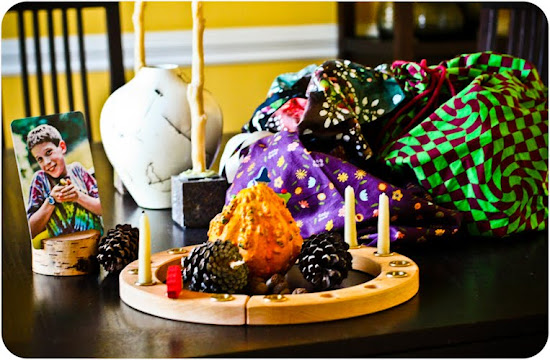 One of the many things I love about Paulie is that, even though he is 12, he is not too old to don a fireman's hat and play with trains. He and Finn spend many an hour wrapped up in each other and these trains. 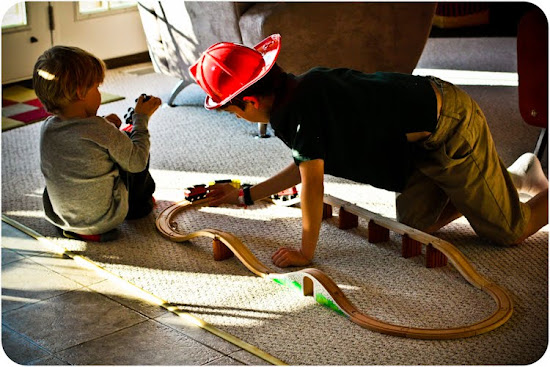 He chose a birthday dinner of homemade pizza and green smoothies, which was sidelined by our car battery deciding to die this afternoon. Even though Newman made our pizzas, Paulie was content, and we had a lovely dinner celebrating his new year of life. 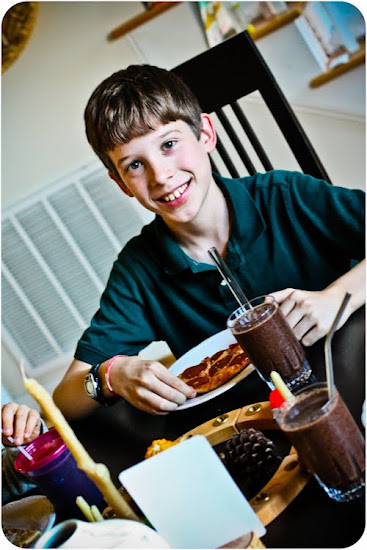 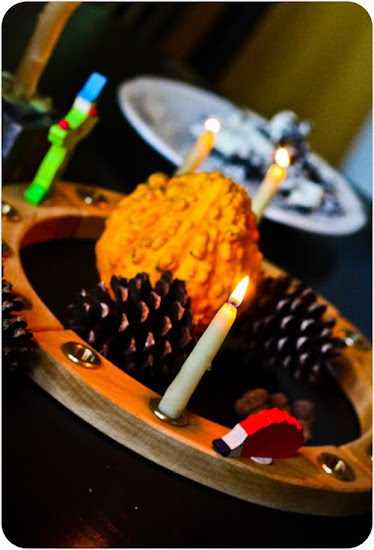 and blowing out candles, 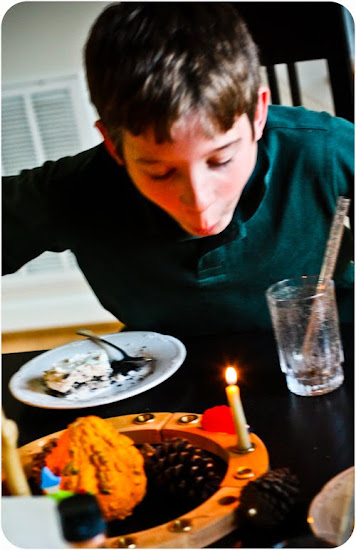 he eagerly tried the "ice cream lasagna" which he requested for his birthday dessert. He's always wanted to try a layered dessert of ice cream, crushed Newman's Os and whipped cream so we made it a birthday treat. We received quite a sugar shock, and I don't think any of us will need dessert again for a week! 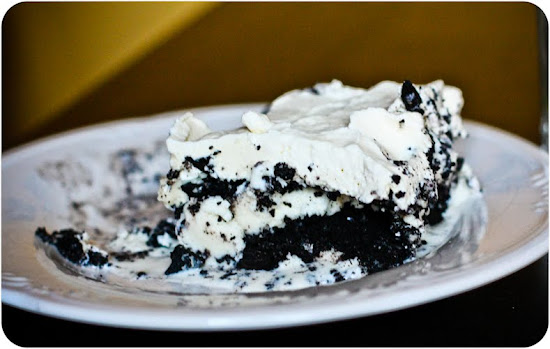 Paulie received a few gifts and was particularly fond of the stop-motion Animation book he had seen at a science gift shop months ago. 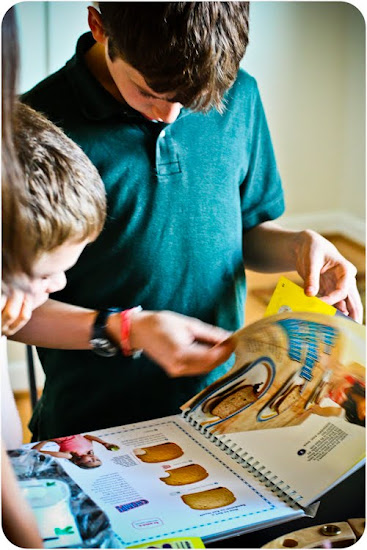 He also enjoyed putting together an electric paper airplane launcher. The kids each took a few turns launching airplanes when he finished. Unfortunately it was too dark by then for any photos. I think the airplane launcher will receive lots of action this weekend though! 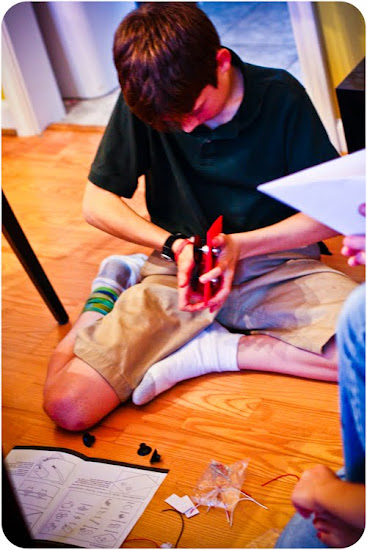 Happy birthday, Paulie! We're so glad you've been with us for 12 years now. We hope you have an amazing year ahead!
Posted by Joy at 8:03 PM