Paulie has been studying the skeletal system in the last couple of weeks of school.  He brought home his pasta model, labeled with correct bone names, the other day.  What a fun way to create the skeleton in a manner that will hopefully aid his remembering the various names! 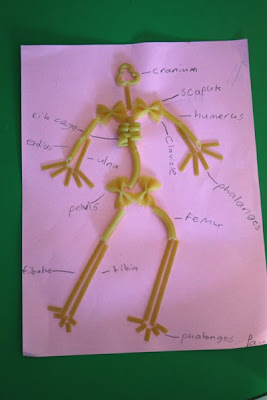 Elizabeth has been charged, in this last full week of school, with making a math-themed board game to share with her classmates.  The first step of the process was writing down all the rules of the game.  She has been diligently working for the last several evenings on Magical Fairy Math, the game she created, which is centered around the fairy characters from the Rainbow Magic book series.  I'll try to post the board and characters when she's finished with them. 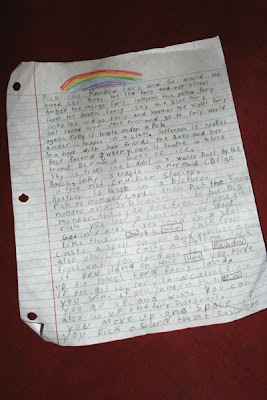 Philip had his first violin recital yesterday.  He's our most timid performer, but we thought he did a fantastic job.  Here's a little clip from one of his songs:
Posted by Joy at 8:29 AM