We rang in summer by making some felty gnomes yesterday using the tutorial by Wee Folk Art. The kids had a blast picking out their summery felt colors then gluing them together. 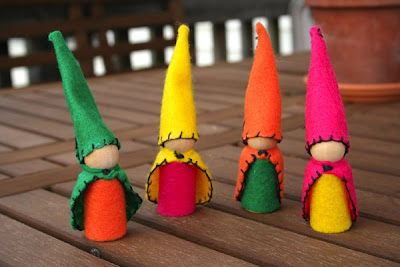 Philip's gnome immediately decided he liked tending the garden and started picking the ripe produce. The other gnomes were ecstatic to find a caretaker had been born into their bunch. 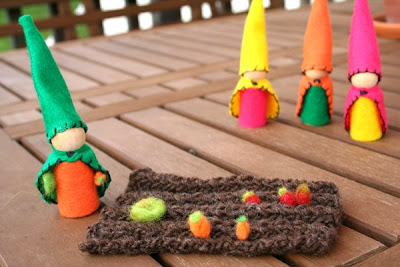 The other way we celebrated the entrance of summer was to have a lunch entirely provided by our local farmer's market. Finn couldn't even wait for the food to be served; he just had to dig into those blueberries! 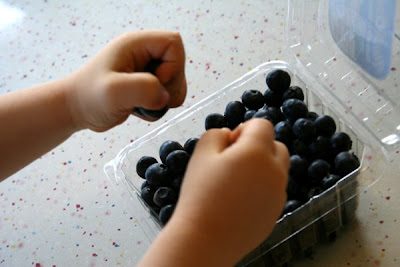 Everyone had their favorites, of course. 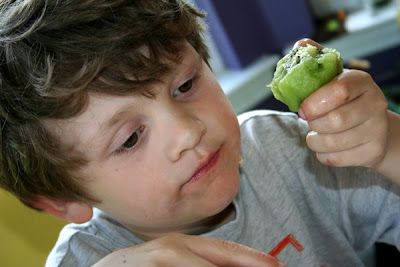 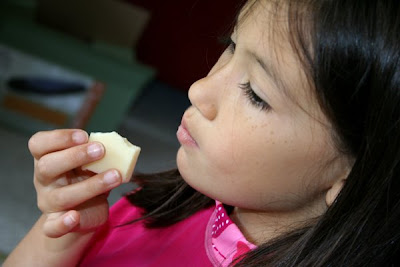 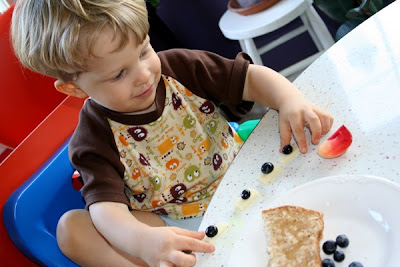 But the general fare was Honey Oatmeal Wheat bread from the Amish stand, rosemary flatbread as a special treat for Daddy (it is also Father's Day, you know!) with locally made white cheddar cheese, cucumbers marinated in red wine vinegar and olive oil, blueberries and plums. (I think I did see some other items sneak onto the table, like white peaches and kiwi, but my eyes were fixed on the yummy breads and the blueberries. Oh the blueberries...we'll be off to pick some of those soon!) 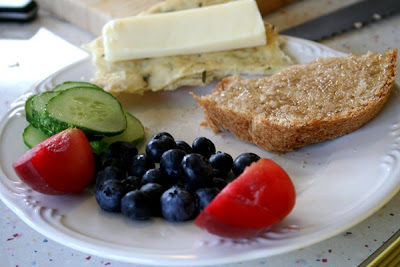