It's been a while since I've posted about my adventures in the kitchen with cultured, fermented, and otherwise homemade brews. I just thought I would give a little update on my current goings on and successes in that department.
I recently discovered that I could much extend the life of my veggie broth by storing the mason jars in the freezer, which seems to make sense; I just don't think I realized how quickly broth could go rancid without proper storage (or preservatives.) 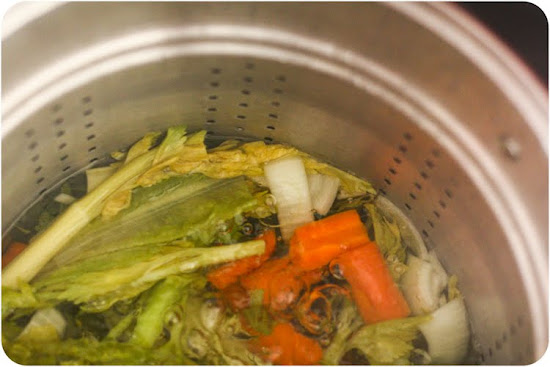 The yogurt operations around here have expanded, and I'm now making 2 varieties of cultured yogurt. Choices, choices! I loosely followed this method for making crock pot yogurt after receiving a crock pot for Christmas. My crockpot's "warm" setting isn't overly hot so I tend to switch it off and on every other hour or so until the yogurt is thick. I was able to use Stonyfield Farm plain yogurt as the starter for this variety so no expensive starter purchase required. This yogurt is thicker in general too so I don't really have to strain the whey to make it thick enough for the kids' liking. 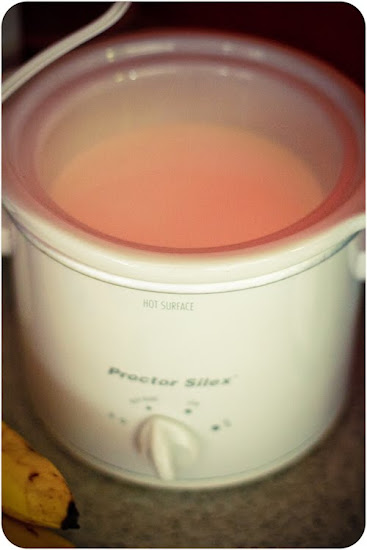 In other news, I've decided to give up wheat for a while to see what kind of impact that might have on my digestion. I'm still consuming spelt that has been soaked or soured which I have prepared myself. That foray has been enhanced by the addition of this lovely lidded stoneware pan that Paul gifted me for Christmas. I love the longer narrow loaves it yields! 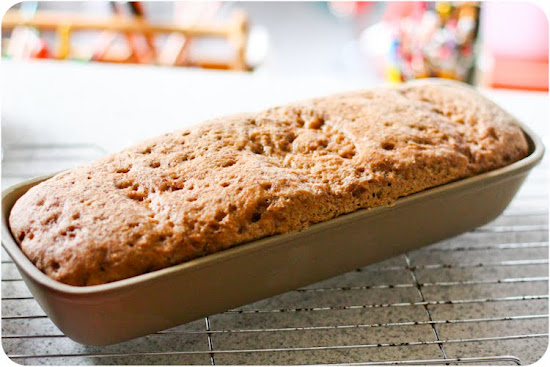 And it seems there is always some kind of jar fermenting or culturing on the counter. I discovered that the kids are much more receptive of the fermented ketchup when I omit the raw garlic, which was apparently making the ketchup "too spicy". I'm happy to let that go in favor of them liking the ketchup. Wild Fermentation made it's way into my hands on Christmas so I'm sure I'll have more fermentation experiments to share in the future! 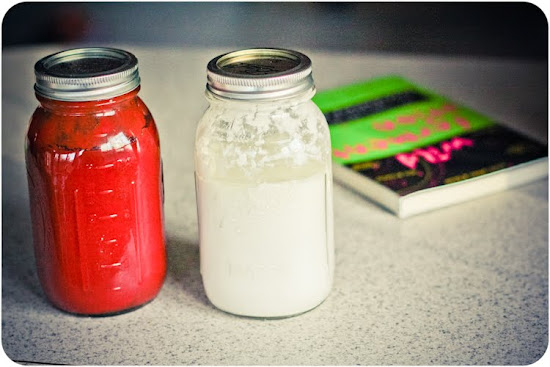 My last kitchen-related Christmas gift was a kit for making mozzarella and ricotta. 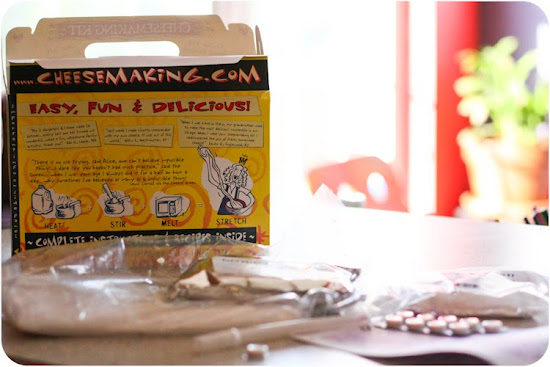 This morning, I finally found a few minutes to make an attempt at cheese-making. 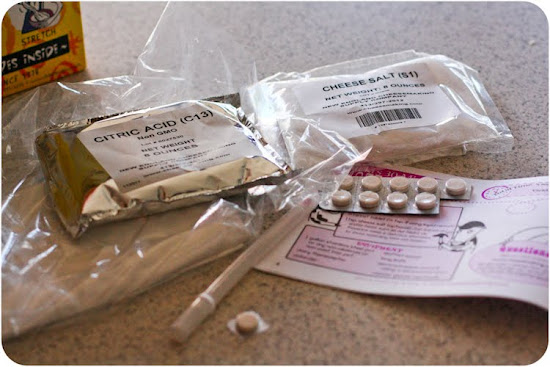 At the "slow stirring of the curds" stage, I was a little suspicious of how this was going to turn into an edible product, since I'm no Little Miss Muffet and would not eat curds and whey (or at least ones that looked like this. Although I do admit being a little curious as to whether they would squeak in my teeth the way Laura Ingalls Wilder described. 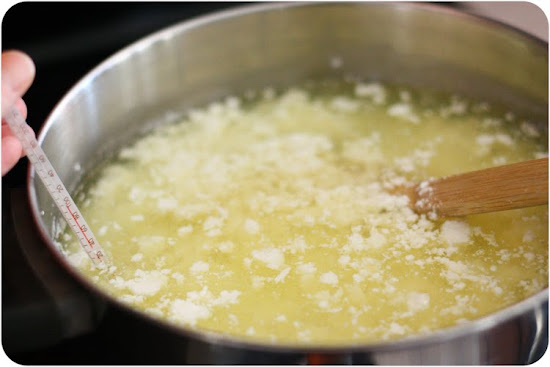 Then, I was flabbergasted at the sheer volume of whey left over from the cheese curdling. 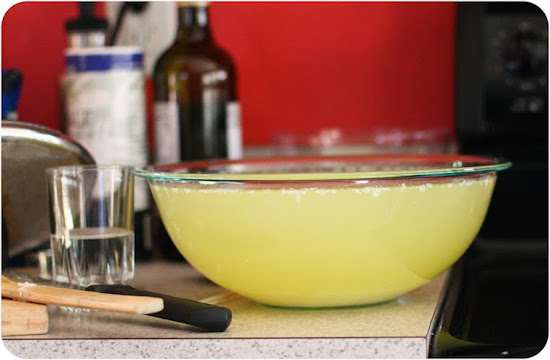 Nearly 4 quarts total! I guess I'll be relying on this list to find some uses for all of this whey! 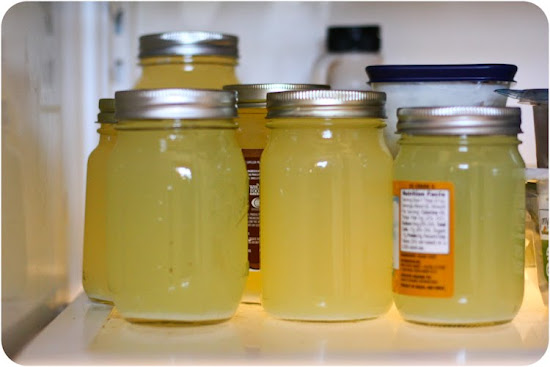 A pound of curds that mostly formed into a ball was left after straining off all of that whey. 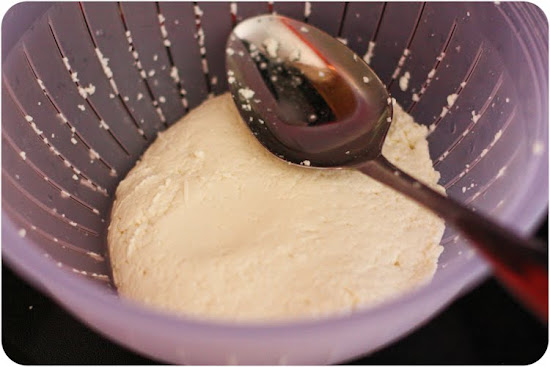 After a bit more heating and stretching, a beautiful ball of mozzarella appeared, and I couldn't believe that I made my own cheese! 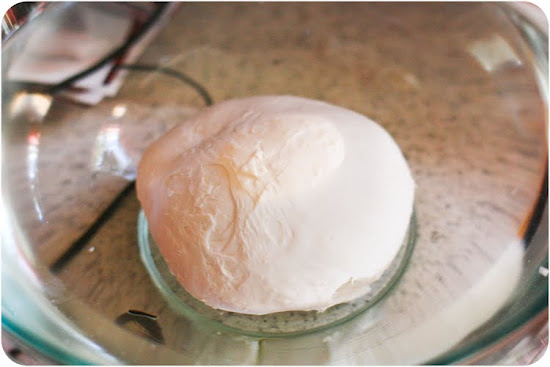 I have to admit that I'm regularly amazed at the things I'm learning to make that I never would have thought of attempting in the past. What fun! I'll continue to keep you posted on my kitchen experiments, but for now, I smell some soaked spelt soda bread that needs to be removed from the oven!
Posted by Joy at 4:30 PM