It's been about 2 months since I started experimenting with soaked grains and other kitchen "brews". Even if every single experiment hasn't been a resounding success (ahem, water kefir), I've learned so much from each trial and error and have developed quite a repertoire of recipes that the family enjoys. 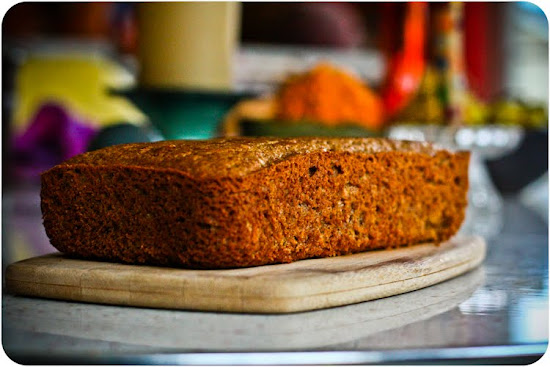 One of our favorite breads lately is this soaked spelt pumpkin bread. It literally disappears the minute I cut it. It doesn't rise too much, but the bread really is not dense. One coincidental benefit I've noticed since I began soaking grains is that whole grains that are soaked don't really have the dense whole grain taste. They really are quite light if not visually fluffy. 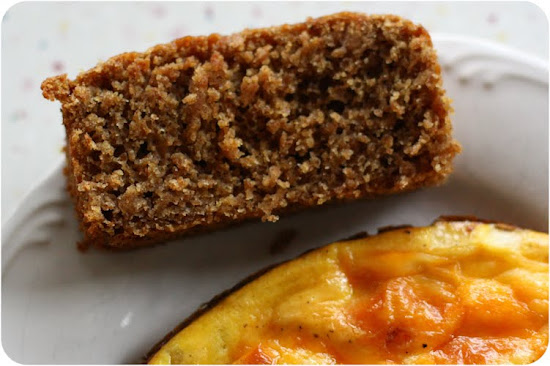 Similarly, these blender pancakes (and the gingerbread counterpart, which we'll be trying this weekend) have become our go-to pancake recipe. Even though they look as flat as, well, a pancake, they are ever so slightly sour and quite delicious. I've even subbed 1/2 cup of the buttermilk with 3/4 cup of pumpkin (and added a few spices) to make blender pumpkin pancakes. 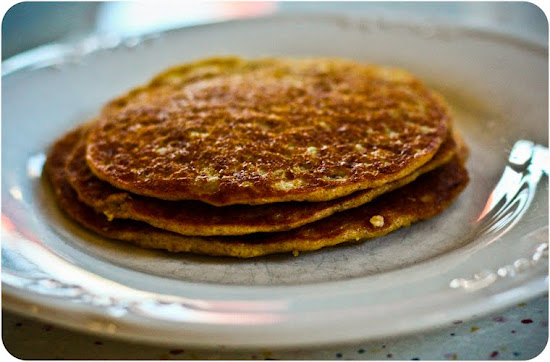 In other kitchen brewing news, after listening to the kids protest the "runny" yogurt for a week or so, I started straining the whey out of the yogurt which seemed to solve their problems. I strain the yogurt on muslin for 1/2 - 1 hour before mixing the yogurt with some vanilla syrup or jam. Much happier children! 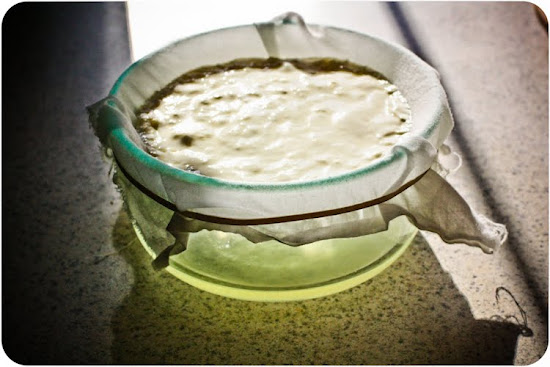 The added benefit of this discovery: whey! Now I have a near constant supply of whey which we use for thinning oatmeal, adding to smoothies, or... 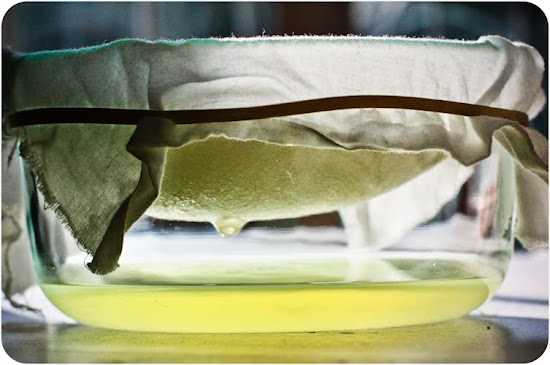 fermented ketchup! The kids are a little less-than-enthused about the ketchup, so I'm still mixing regular ketchup with this fermented ketchup on their plates. But hopefully they'll convert soon. I decided during this batch to add a bit more raw honey so we'll see if that helps the taste. I actually really enjoy the slightly tart taste and the raw acv, honey and whey are awesome additions. I also discovered that a half cup of this ketchup with 1/2 tsp of Bragg's liquid aminos, 1 tbsp molasses and a rounded 1/2 tbsp brown sugar makes a great barbecue sauce! 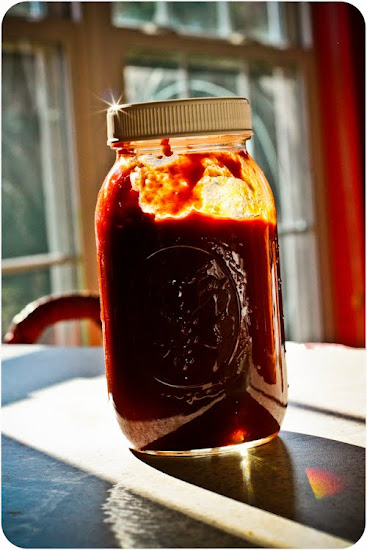 I'm starting to get just a bit better at meal planning too which meals that any grain or bean that can be sprouted is being soaked for a few days before consumption. 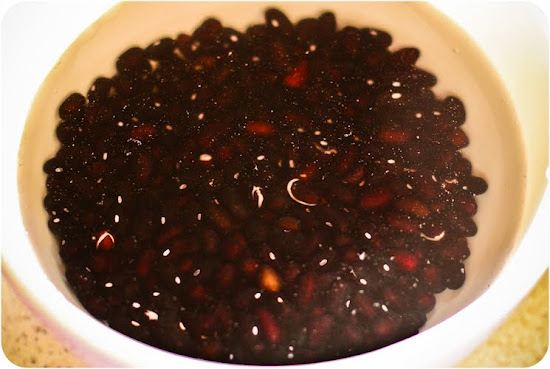 I usually remember to remove the soaking grains, etc from the oven before turning it on, although we've had a few close calls! Probably 5-6 days each week my oven now looks like this when you open the door: 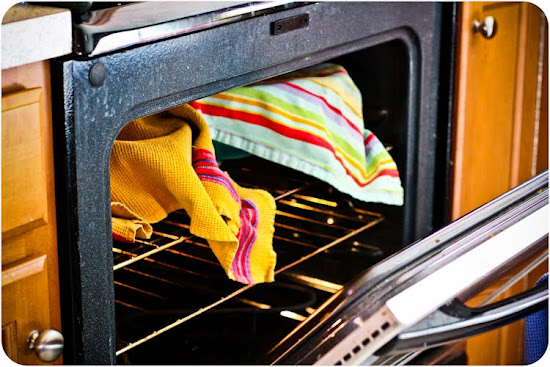 That oven light is the perfect temperature regulator for soaking grains, culturing yogurt and sourdough. After losing a bit of momentum on my sourdough over the summer, what with travel and a generally hot kitchen, I'm back to making weekly sourdough and my sourdough starter has returned to good health. (I had some wonky, flat-ish loaves for a while that I'm now convinced were the result of the starter resting too long and needing to build up a good supply of beneficial bacteria.) 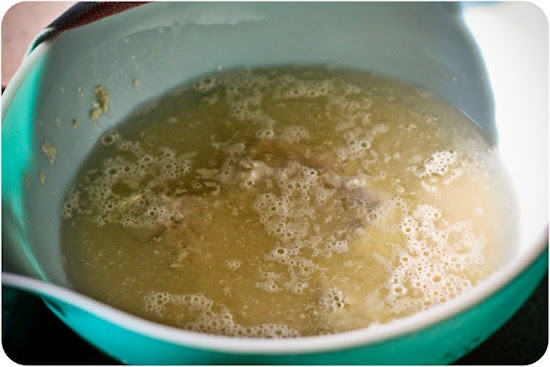 (I had some wonky, flat-ish loaves for a while that I'm now convinced were the result of the starter resting too long and needing several weeks of regular use to build up a good supply of beneficial bacteria again.) 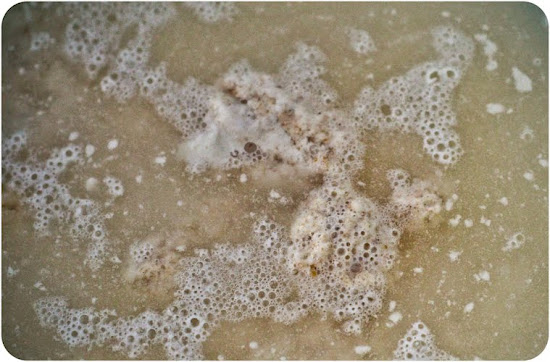 The proof is in the bagels. The sourdough is back and better than ever! My goal, after some heavy hinting to the husband, is to somehow acquire this long stoneware loaf pan so I can make more of our sandwich bread. 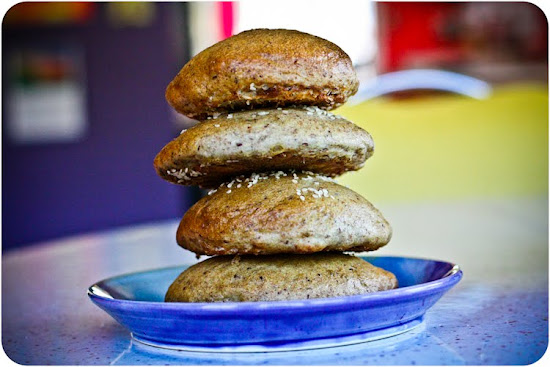 It's all a process, and I'm learning more every day! Have you been working with soaking, fermenting or culturing lately? Please share!
Posted by Joy at 2:08 PM