a visit to Bright Star

Elizabeth, Finn and I were invited to join Bright Star, a Waldorf-based nursery school started by a couple of friends from our Waldorf festivals community, this morning since Elizabeth's school is out for the week and one of her school friends, who is also part of our festivals community, would be at the school this morning. We headed over to our friend's house, where the school is held, with a pan of gingerbread, a craft for the older kids, and hearts thankful for the generosity of this little nursery school to share their morning with us. 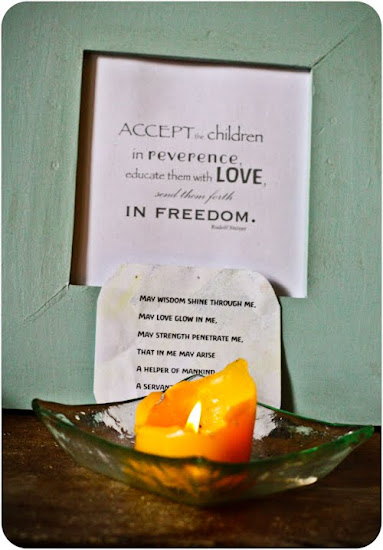 When we arrived, the children were already busy chopping vegetables for the morning snack. 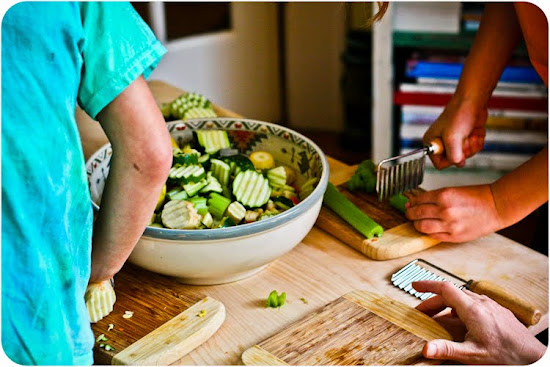 Finn brought his chopper and joined right in. What a beautiful sight! So many colorful veggies and children's hands lovely caring for their snack preparation. 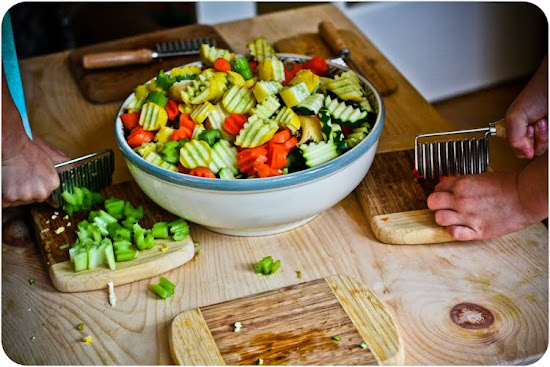 Following the veggie chopping, Elizabeth began reading to one of the little girls, and quickly had a room full of quiet children listening to her story. 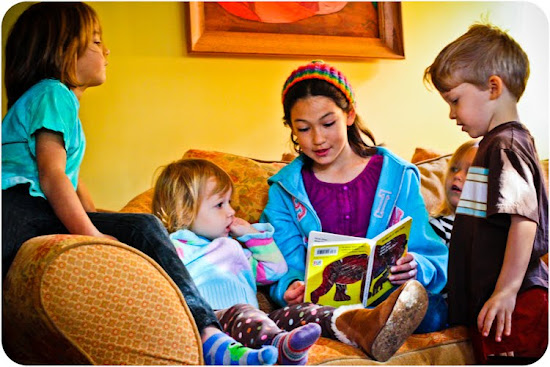 We had a brief circle time of singing, including Jump Down Turn Around Pick A Bale of Cotton, which I proceeded to hear sporadically for the rest of the day! 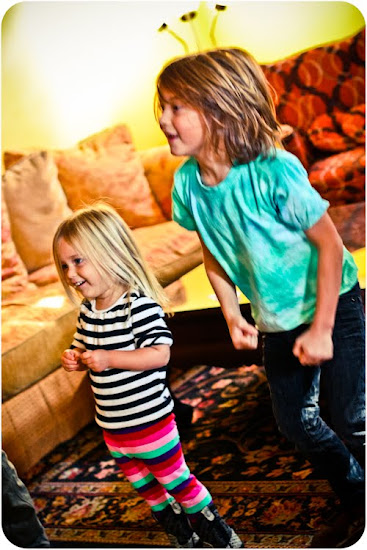 After a few songs, we headed to the backyard to take our veggie scraps to the compost pile. One of the older kids, turned the compost pile a few times while the others scattered to find other outdoor work. 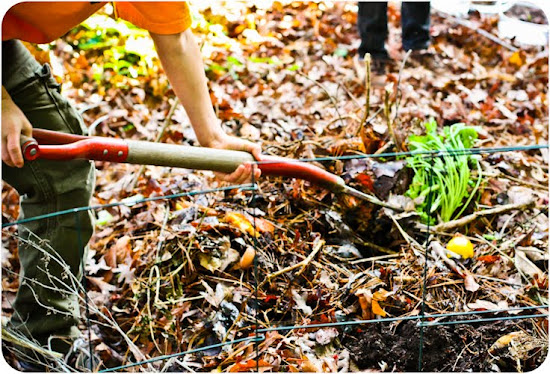 The little ones brought bucket upon bucket of leaves to mix into the compost pile. 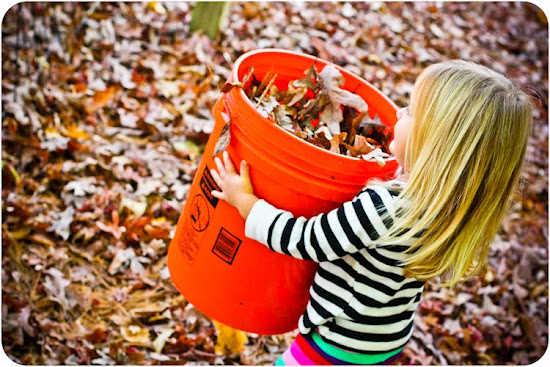 A couple of the older kids raked the leaves. 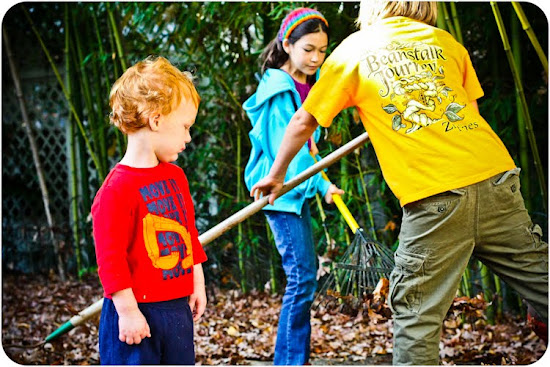 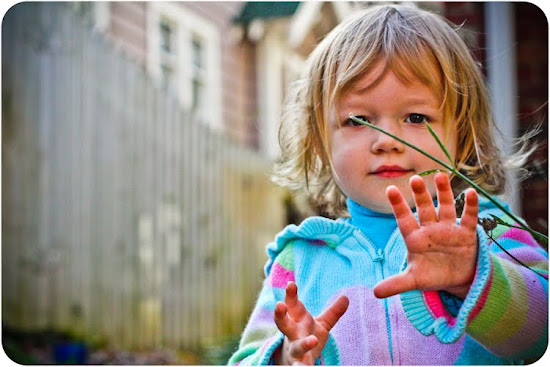 The bulbs and plants were watered. 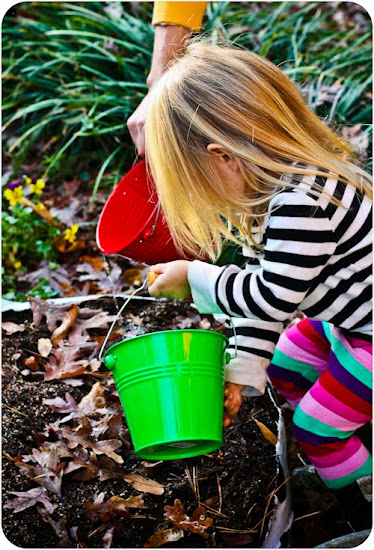 More leaves gathered and piled around plants to tuck them into the ground for the winter. 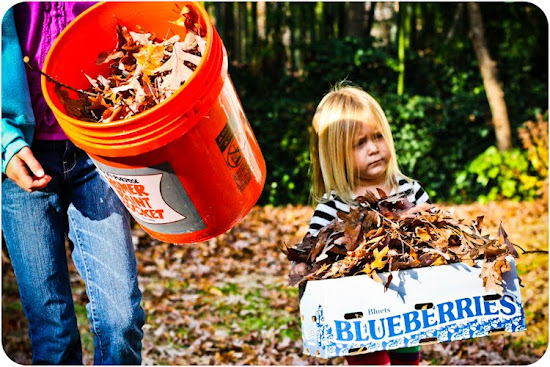 And some leaves left over in which to jump and roll around. 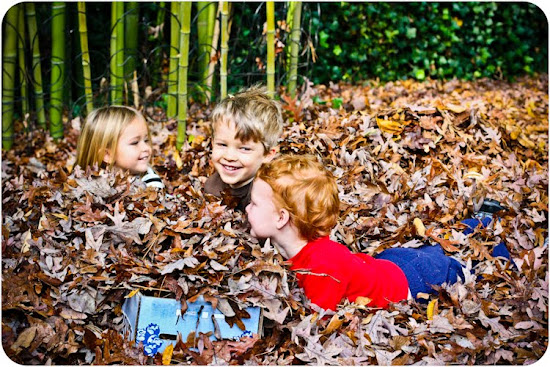 After a few races across the backyard, we headed indoors again. 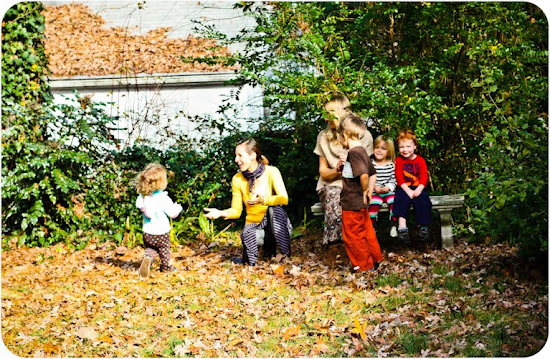 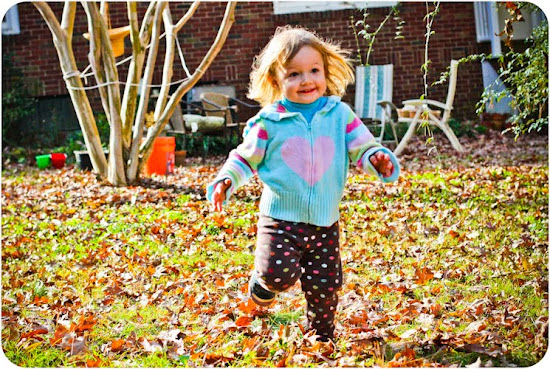 While the snack was prepared, the younger children played. 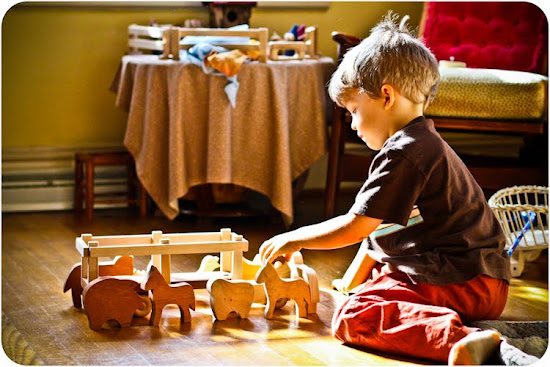 And the older children worked on a cornucopia craft. 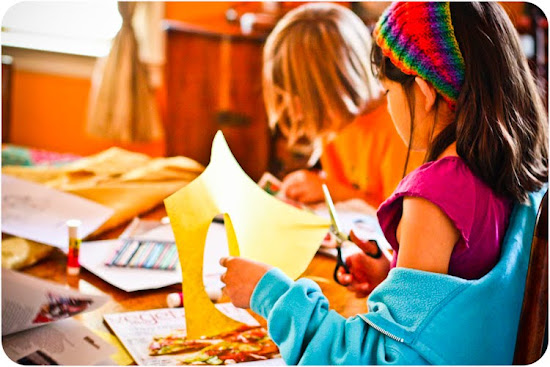 We then ate our simple snack of quinoa with sauteed veggies. 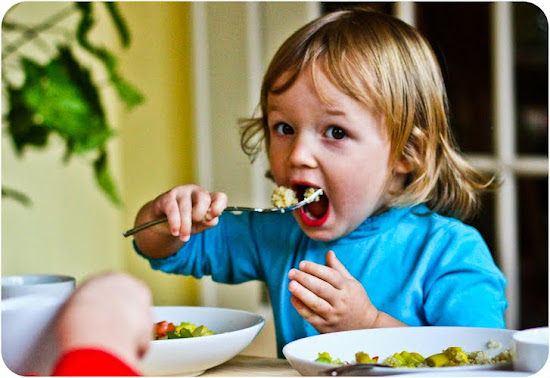 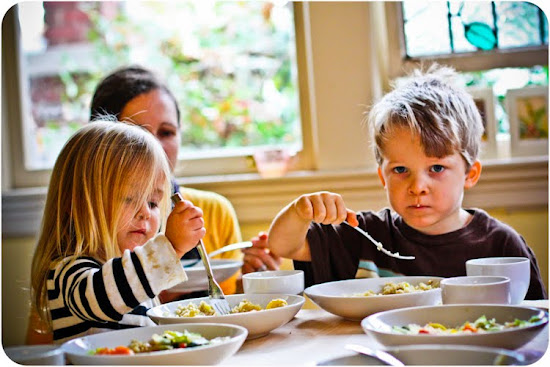 A helpful little elf washed all of the dishes when we were finished! 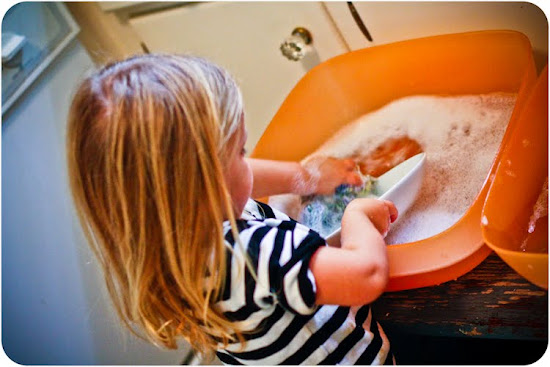 A sweet story time with the background music of the kinderlyre followed our snack. The sweet music and gentle story captured the little ones attention while their tummies digested. 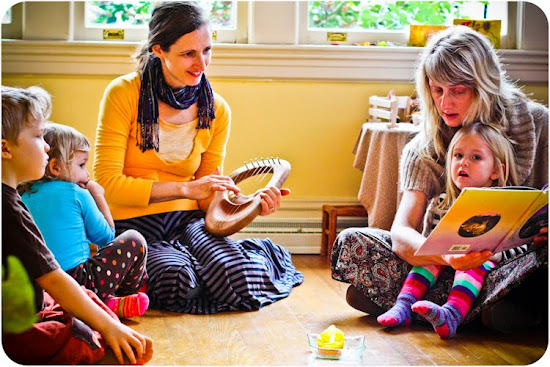 Then we took a short walk to a nearby park where the big kids decided to become trolls under a bridge. 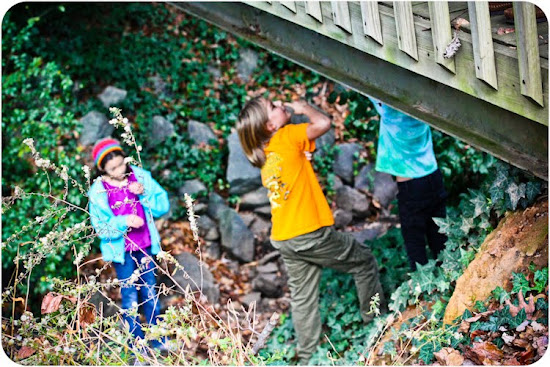 And the little ones relished their role of billy goats! Trip, trap, trip, trap! 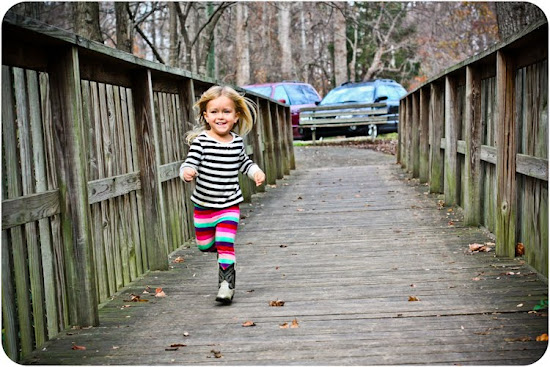 Shortly it was time to return to end our morning and begin lunch preparation. 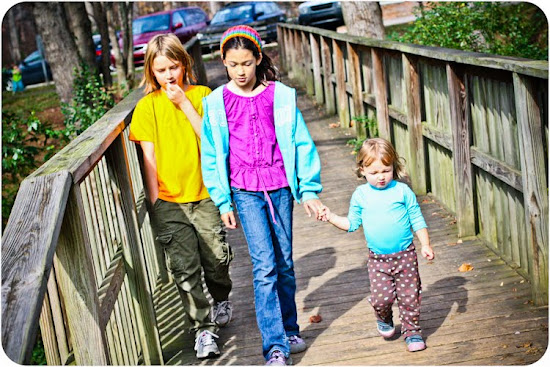 We had such a wonderful morning with the participants of Bright Star! I'm so glad they included us in their special day. I really believe there is such a gentle nurturing to the Waldorf method of early childhood schooling (and parenting!) that is simply lovely to behold. 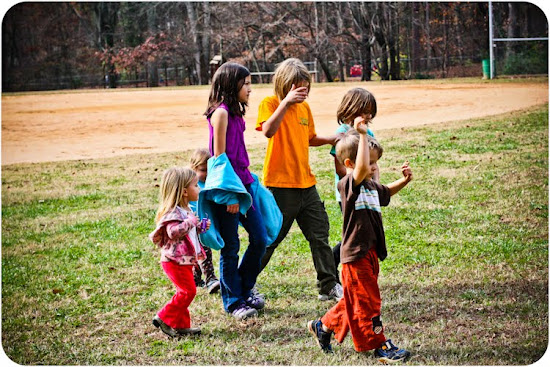