I took a bit of a break from Elizabeth's sweater over the last week and decided to finish an even older project that I was getting desperate to remove from my WIP basket. These tractor mittens first cast on in May (eek!), but the first one turned out wonky. The second one turned out nicely, but I was over working with so many colors at once so the project languished at finding another nice mitten to replace the first wonky one. Finally, this week in a burst of ambition to tackle those multiple colors, I finished it. 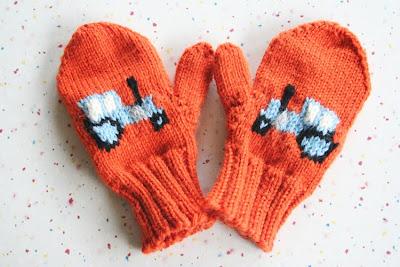 I hadn't planned on giving them to Finn yet, but too many of the kids saw them and kept going on and on about how much he would love them...and he does. 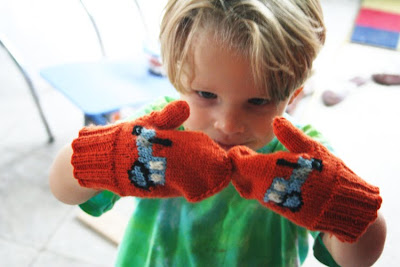 I've also been working furiously on a sweet set for an expectant mommy friend. Her 9th month kind of crept up on me, and I'm hoping I can get these finished and to her quickly. I found this yarn at Purl's in Asheville over the weekend (on the way to pick up the camping kiddos) and thought it would be the sweetest little baby girl hat and mittens. Of course, I lost the label before I could copy down the specs (which were alot of angora and a little bit of merino), but I think it might have been this one. 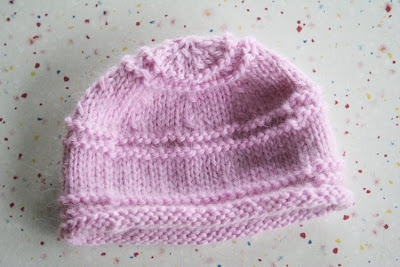 The hat is completed as well as one of the mittens. Both patterns came from Natural Knits for Babies and Moms, my very favorite baby knitting book. 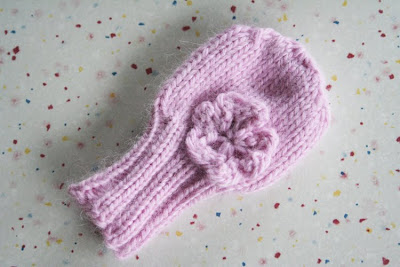 Last, although definitely not least, my baby girl started 4th grade this morning, which also explains my absence over the last few days. Between washing and folding all the camp paraphernalia and collecting school supplies, we've had a busy few days. We pulled it off though, and Elizabeth began school this morning at her beloved artsy charter school (which begins a week earlier than the other public schools in our area). It seems like just yesterday that she finished kindergarten, and today she's saying things like, "Have I told you enough about my first day yet? Because I really want to get back to my book..." 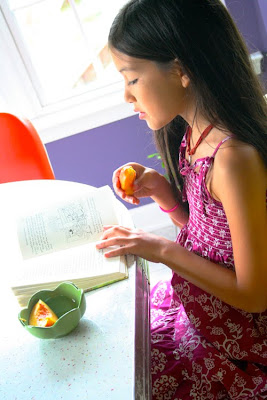