Paulie and Elizabeth departed this weekend for the third summer to their wonderful summer camp in the mountains and woods of western NC. It's hard to believe they've been doing this for 3 summers now. What a wonderful opportunity they've had! There was a bit of unsettledness at the beginning, as there often is. (Paulie's mom took them to camp again this year so these next 3 photos are courtesy of her.) 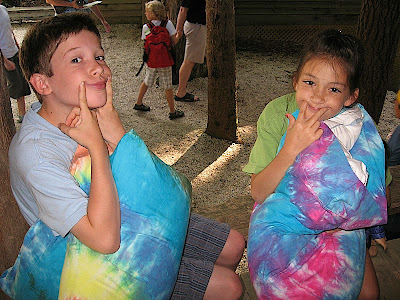 Soon enough they were all smiles as they settled into their bunks, found friends from previous summers and met their counsellors. 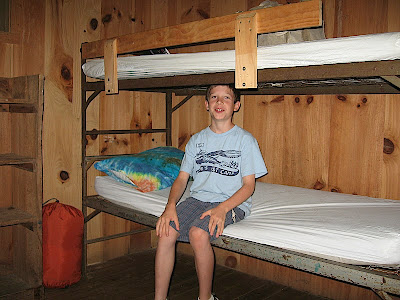 Elizabeth's American Girl doll even made the trip this year! 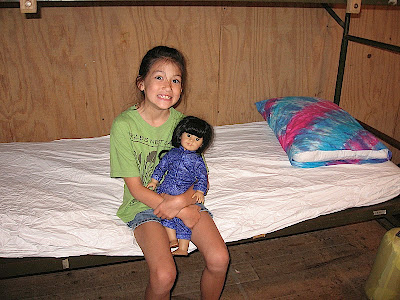 The next two photos are from the camp's flickr stream and show them settling in nicely with their cabinmates.

Of course, Philip and Finn are missing them so we had a family postcard night writing to them. Finn's new talent is writing his own name and he was eager to show off his new trick. 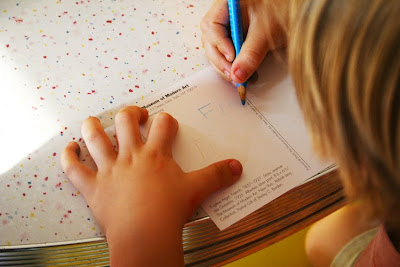 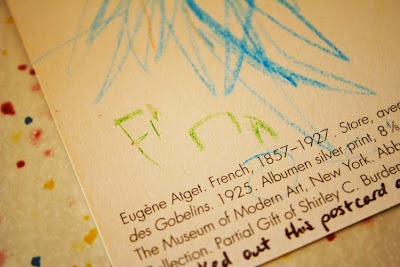 Philip had a difficult time deciding which postcards would please his siblings from our art postcard stash. 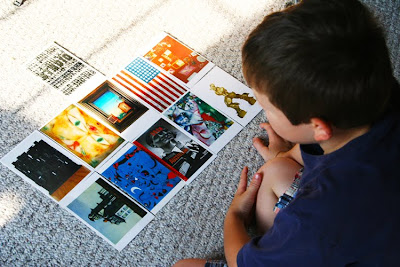 But he wrote lovely notes complete with a fairy drawing for Elizabeth. :) 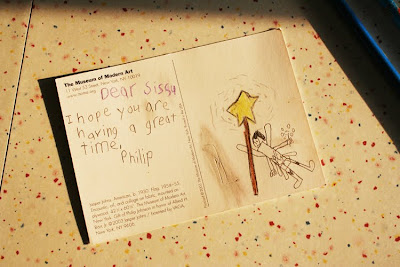 *new blogpost (finally!) over at The Book Children*
Posted by Joy at 9:14 PM