Even though autumn doesn't officially start for another few weeks, for some reason the last weekend of August feels like a last summer hurrah. Fortunately, the temperatures in our parts cooperated so we could spend most of the weekend outdoors. The kids were even able to spend some time out riding bikes, which steaming hot asphalt has prevented in the last several weeks. 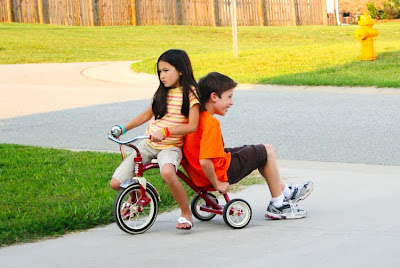 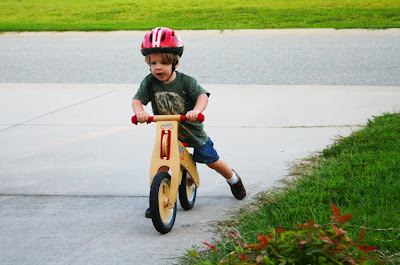 On Saturday morning, we headed over to our favorite local creek (inside of a park), and thanks to a new friend, Finn had his first donut! 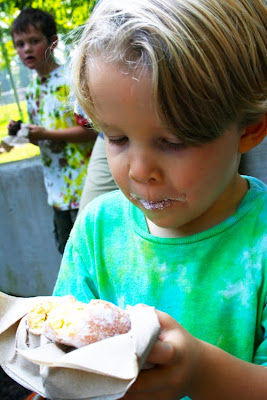 Then the kids headed down to the creek to trap water bugs, build dams and splash rocks. Don't you love Finn's desperate grasp on his shorts? He fell into the water almost immediately, which happens nearly every time, then had saggy britches for the rest of the morning. 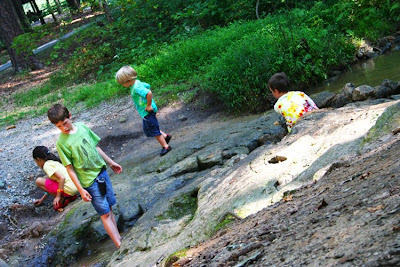 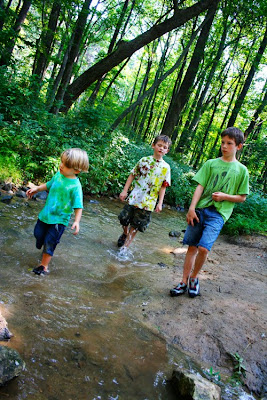 Finn kept finding gum tree balls and thought they were the coolest thing, except he called them acorns. He needs fall to come around again so he can get straightened out on these things. 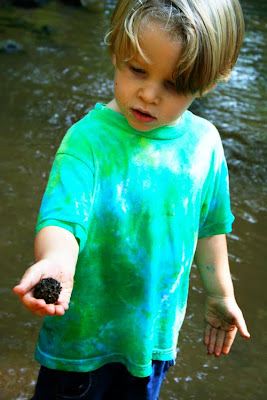 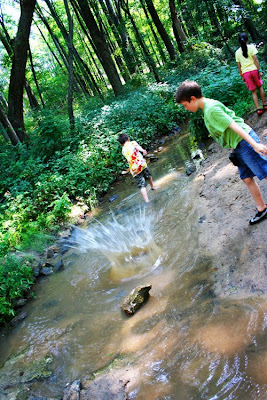 We ate a later Saturday Lunch than usual with some out-of-town friends. We feasted on scrambled eggs, fried potatoes, peppers and onions and the ever-popular cheesy snails. 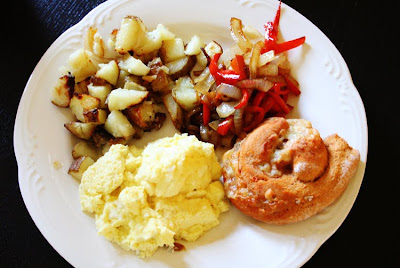 We desserted on heaping spoonfuls of fresh peaches and the last of the season's blueberries. 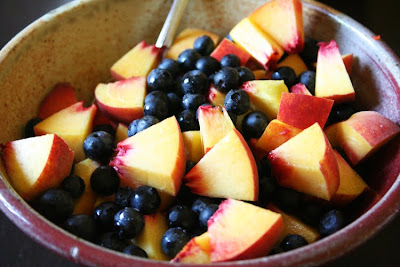 After a few minutes playing in the backyard with our friends, 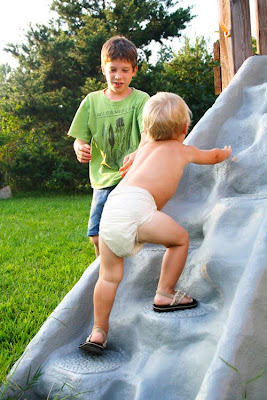 we called it a day. 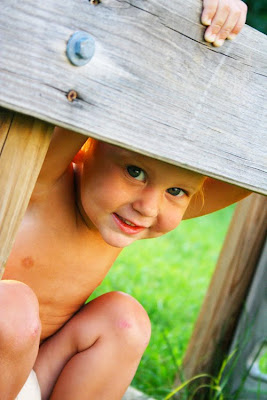 I hope you had a wonderful last weekend of August!
Posted by Joy at 8:14 PM