Tonight was Finn's debut at family game night. We haven't had one in a few months and during that time, he's learned how to play a few board games so the timing seemed right. He was so thrilled to be able to stay up a little late (we usually hold family game night from 30 minutes before bedtime until 30 to 45 minutes after bedtime so it's a staying-up-late treat) and do such a big kid activity. Since it was such a special occasion, a new pair of pajama pants seemed in order. (Well, actually, I've been working on a few pairs of pj pants and shorts so that part was kind of a coincidence.)
Finn's new pj pants were just traced from a pair of old pants and sewn from Michael Miller's Haul-It flannel line. This cotton flannel is brushed on both sides and super-soft. I made them on the longish side so they'll last through next winter. 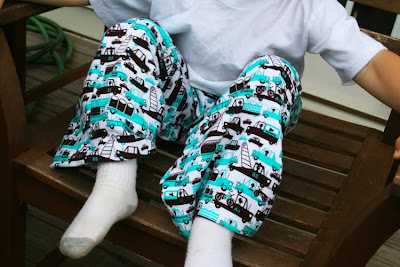 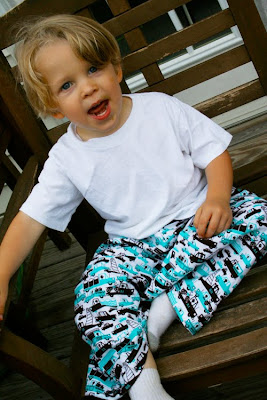 Now that it's almost summer, our family game nights start before the sun has set. 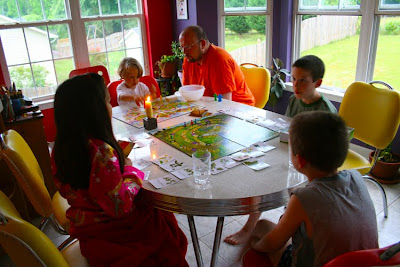 But we were able to play for a few minutes by candlelight which we all enjoy so much. 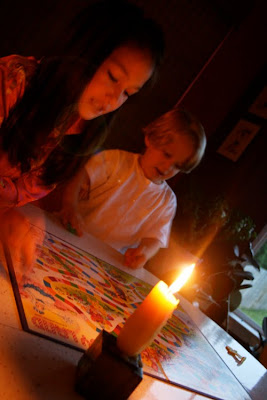