The first snow day of the season graced us today with a world of white. The kids were released from school early and thrilled to get out in the snow, even before very much had accumulated. For an area of the country that doesn't see a whole lot of the white stuff, this storm may end up being a doozy. The local weatherman is calling for 4-8 inches and the national weather service is calling for even more than that, with gusty wind to accompany. As long as we keep our power, I'll be happy with any amount. :) 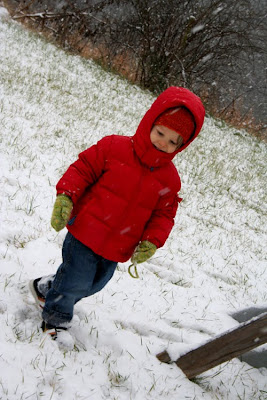 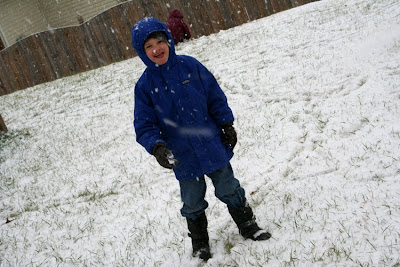 These are the faces of some thrilled kiddos! (Unfortunately, one sick little kiddo, Paulie, was stuck in the house recovering from some nasty virus that kept him from the snow play. He's hoping and praying to be better so he can make up for it tomorrow!) 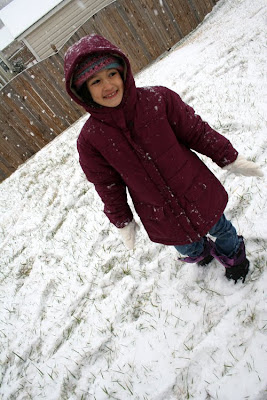 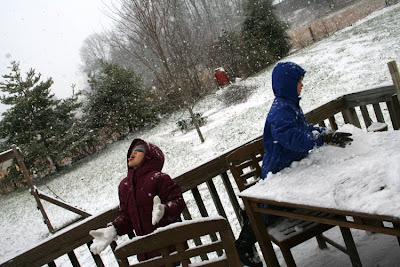 You can tell when you're in the presence of a NC kid. They have no idea why powdery snow won't form into a snowball. 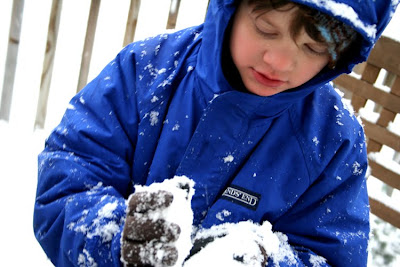 But they do know how to make snow angels! 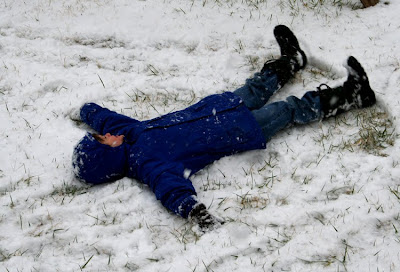 After plenty of outside play, we had vegetable soup and homemade bread to warm up our insides. 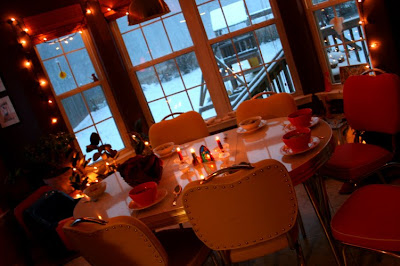 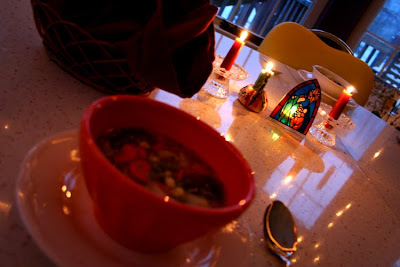 After the kids waited patiently for Paul, who left on what he describes as a foolhardy mission to buy a few items at the grocery store... 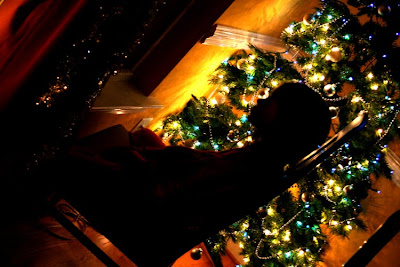 we wrapped up our snow day with a family game night. 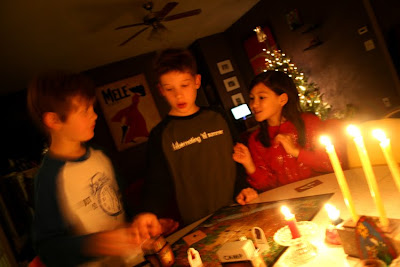