Philip's and Finn's shared room was the last room we tackled in the days before Christmas, and we only had 2 days to complete the task while Finn was with my parents spending time at my grandmother's house. When they initially began sharing a room, it made sense to separate their beds and really give them each a separate space in the room. They each had their own wall hangings, bookshelves, and floorspace to maintain. Now that they are older, it makes more sense that we would reclaim some of the floorspace and give them more area to play, especially with the number of Legos that are often scattered over the floor. 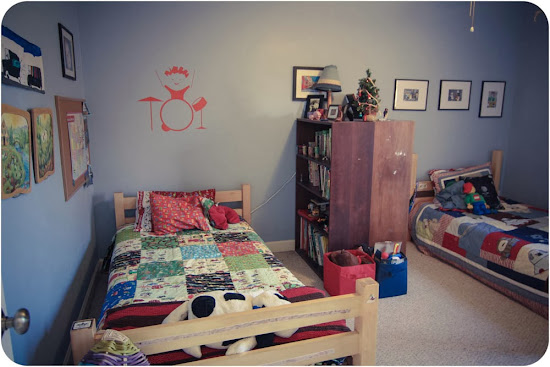 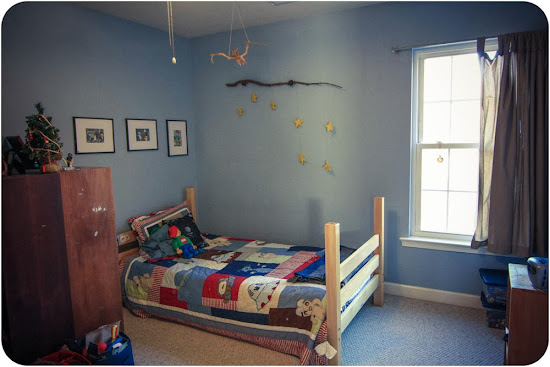 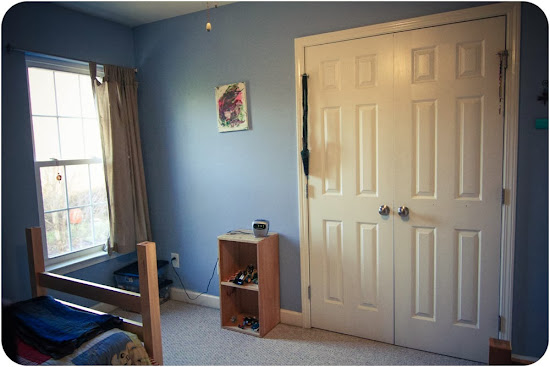 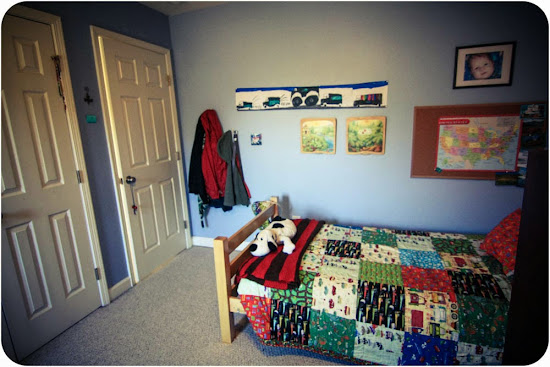 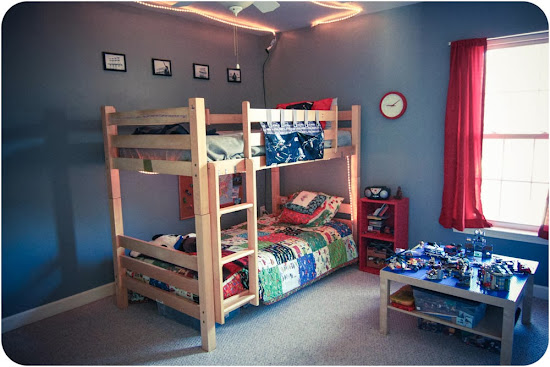 We stacked the bunks again, which thrilled both of them. I decided on gray walls with red accents for their room. Finn's favorite color is red, and there is plenty of red in his quilt, which I did not intend to replace quite yet. Philip's favorite color is yellow, which is hard to make work in a boy's bedroom, but he also loves Star Wars and Legos; it seemed easy to incorporate these with the gray. Philip got a new gray wool blanket for a bed covering for easier bed-making. I painted the little unfinished wooden shelf in their room with leftover red paint from our picnic table. They each got a string of rope lights hung above their beds for nighttime reading. I also made a hanging book holder for Philip's bed (to avoid the thundering crash of books kicked off the bed during the night) from leftover fabric from his pillow. Finn's new embroidered pillow appeared on his bed during the redecoration as well. 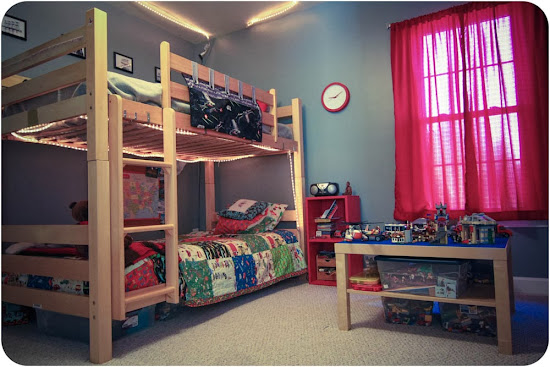 Philip got a set of Star Wars Lego prints that I found on etsy over his bed. The biggest addition to their room was a new Lego table, an Ikea hack actually, found here. The only difference in ours is that I bought regular blue building plates for the table top. (I also just realized that I didn't take a picture from an angle that showed the new Keep Calm and Build On print over their Lego table.) Their curtains are just an inexpensive pair from Target. 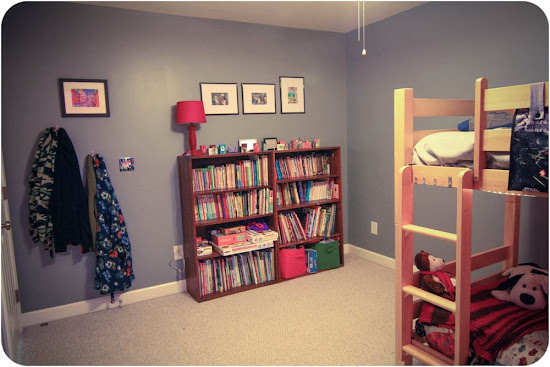 On the other side of their room, we put both of their bookshelves together on the opposite wall. We also limited the shelves to books and a few games and puzzles to minimize the clutter that used to build there. (Their newly red shelf by their bed is for their personal effects to hopefully keep the clutter contained.) Their red lamp was transferred from Paulie's old room, and the wall hangings on this wall were beloved pieces from their old room. With the floor space remaining on this side of the room, we may eventually add a reading chair in front of the bookshelves, but we haven't completely decided yet.

Thus endeth the tour of the newly redecorated kids rooms. It was a fun project; their reactions were priceless; but I don't intend to do anything this arduous in the days before Christmas ever again. ;)