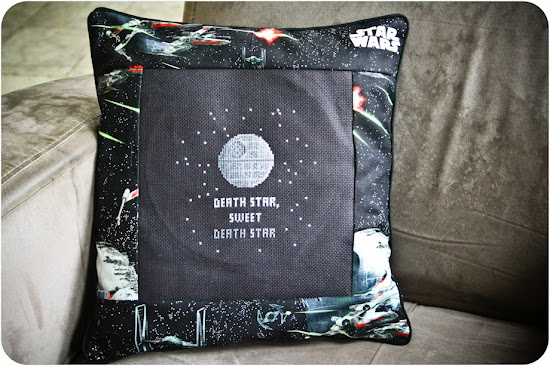 The cross stitching was such fun, as it's a craft I so enjoyed in high school and college, but it's probably been more than a decade since I've touched any cross stitching. 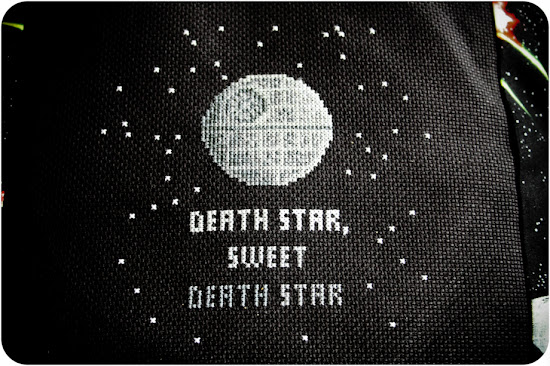 Once I decided on the project, I had my work cut out for me to find an appropriate fabric to make the cross stitch into a pillow. There are many different Star Wars fabrics available, but I specifically wanted one with a Death Star on the fabric. I found 2 on etsy, one with a blue background and one with a black background.  Obviously black was the better choice, but I could only find it in a whole yard lot.  More than I wanted to spend on this project, but when the perfect fabric presents itself, what can you do? I'm sure I'll find a good way to make use of the leftover fabric! Probably another project for Philip. 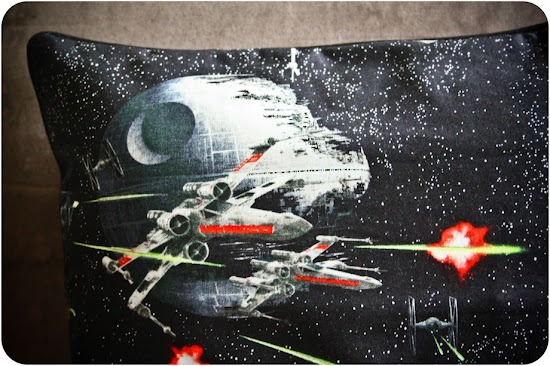 You can't see it very well in these photos, but I chose piping to go around the edge of the pillow between the front and back layers. Once I decided and purchased this, I wasn't exactly sure how to sew them together with the piping laying flush to seam.  Fortunately, my grandmother came to the rescue.  I took the entire project out to her house, and she helped me assemble and sew it together correctly.  It looks great! 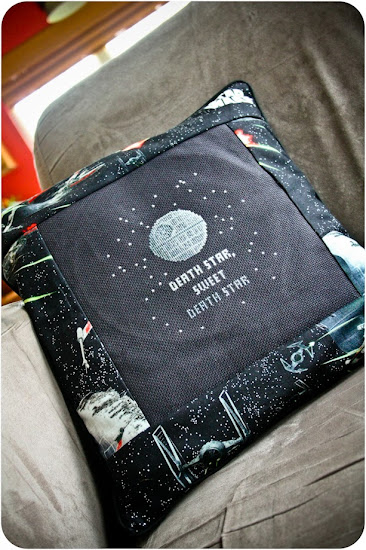 In the back, we decided that instead of a zipper, the easiest closure would be overlapping flaps. The pattern kind of turned out funny because of the intervals of pattern repeat, but that's just how it goes sometimes, I guess.  At least he has the entire big Death Star showcased on the back. 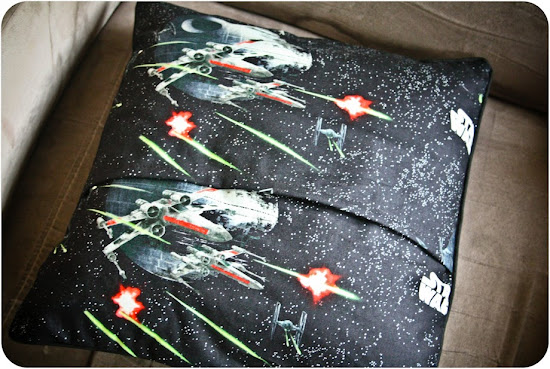