I'm woefully behind in blogging, and I hope you'll indulge me for a few days while I catch up. 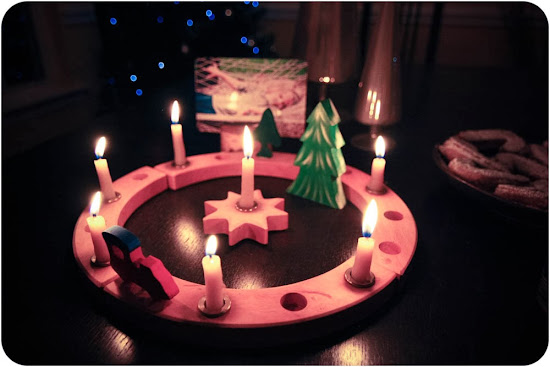 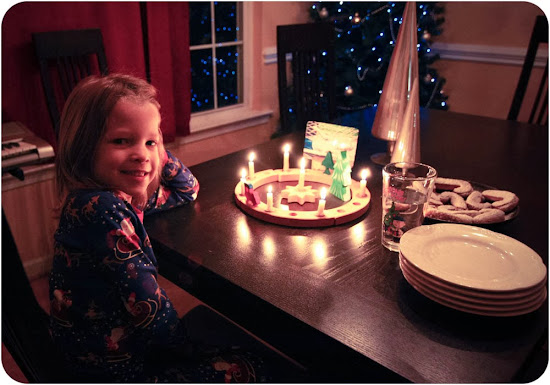 We celebrated with apple cider doughnuts in the shape of candy canes. A larger brunch happened with my family later in the morning so we just had a small breakfast to tide us over until brunch. 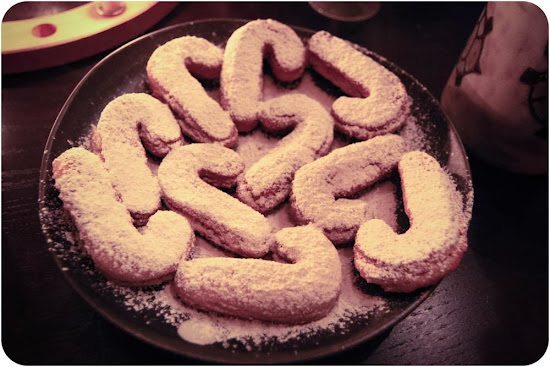 Finn looks forward to his birthday more than any of the other kids, I think. And he relishes every moment of his special day. 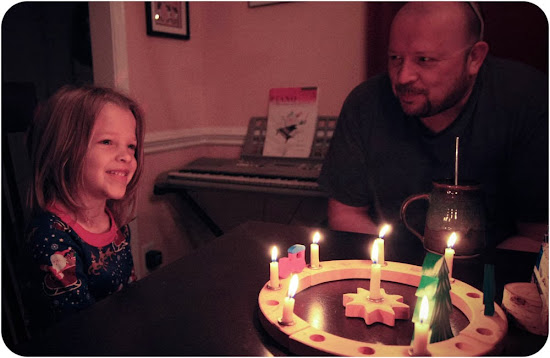 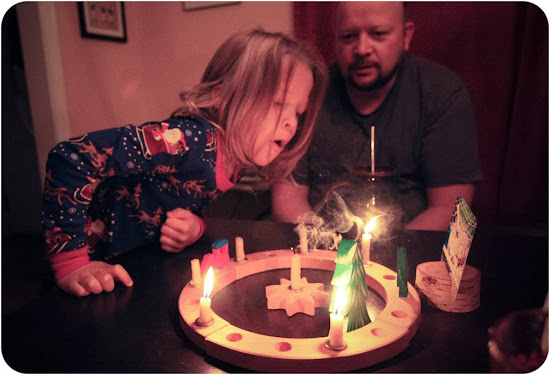 He received several nice birthday presents, including a guitar from my parents. 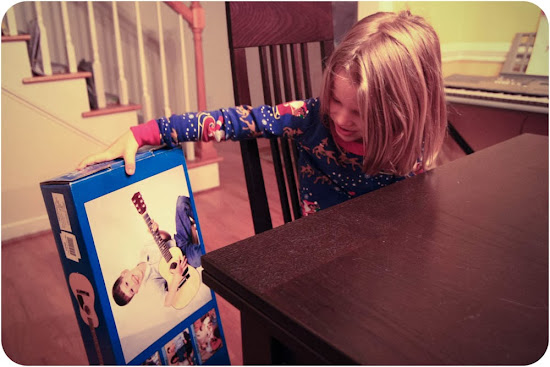 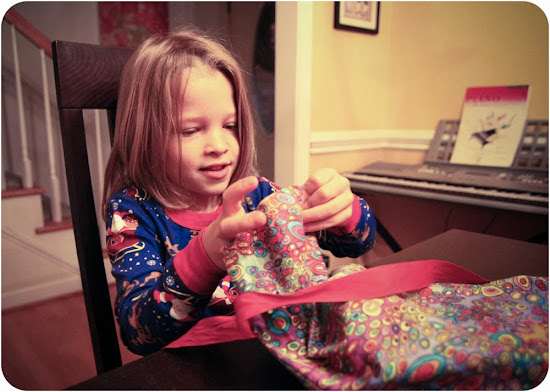 He also received a much larger Snap Circuits set than the one he's been working with, one that used to be Paulie's when he was Finn's age. 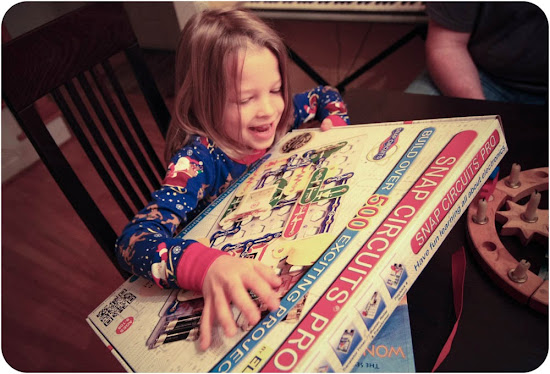 And of course, there were Legos. He spent most of his birthday morning building and playing with Legos. Perfectly fitting for a 7 year old, I think. 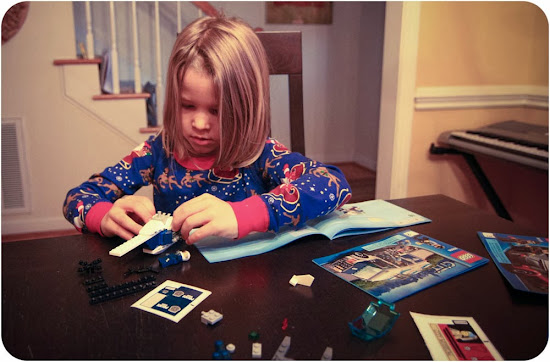