I'm one of those folks who is adamant about making sure Thanksgiving gets its due attention. I refuse to put up any Christmas trees or decorations before Thanksgiving, and I don't even like seeing all of the displays in the grocery stores, etc right now. When it comes to Christmas crafting, however, the month of December just isn't enough time! I usually start making a few small things in August and September; by October, I'm in full production mode. Now that November is here, I'm a steam train barreling toward the finish line. Just try to stop me!

This year, I've undertaken the largest number of projects ever. While I don't have have anything large to show you yet, I do have the restore-my-sanity smaller projects that I've finished in the last week or two. 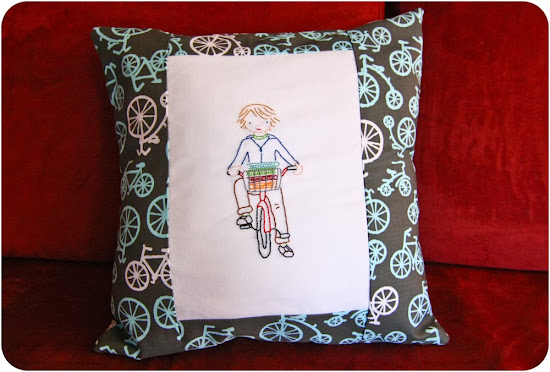 This first little pillow was inspired by the comments that Finn and Elizabeth made as they watched me working on Philip's Death Star pillow and Paulie's Totoro pillow. "I wonder what will be on my pillow?" I would hear them ask each other. Honestly, I didn't really have a plan to make either of them a pillow. The other boys' pillows were ideas born on Pinterest and I didn't see anything nearly as inspiring for the other 2. But when you overhear comments like that... Well, what's a mom to do?

I did happen to see this adorable set of Book Club Stitchettes over at Wee Wonderfuls. The little boy on the bicycle seemed like a perfect fit for Finn. With a bit of bicycle fabric, a pillow for Finn appeared. I think it's a lovely addition to the vehicle quilt and pillow that I made him a few years ago. 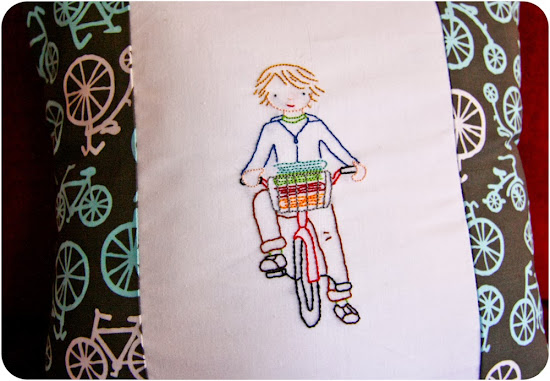 Another project that I finished recently is a Kindle cover for Paulie. This is the second time I've used this pattern. (The first was for Paul's birthday.) Paulie casually mentioned a few weeks ago that he would like a cover similar to his dad's. Little did he know I already planned to make one as a stocking stuffer for him! 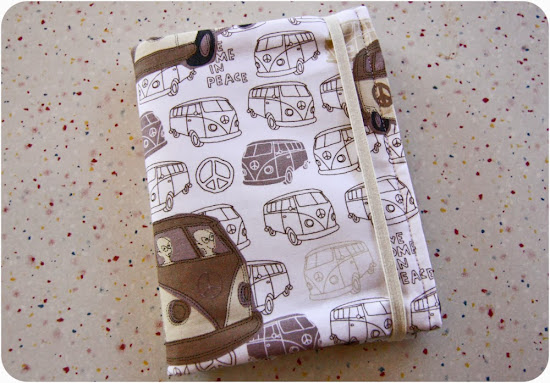 I hemmed and hawed for a few weeks trying to decide on appropriate fabric. While there are many fabrics I think he would like right now, I really wanted to make a cover that he would use through high school without ever feeling that the fabric had become too baby-ish. 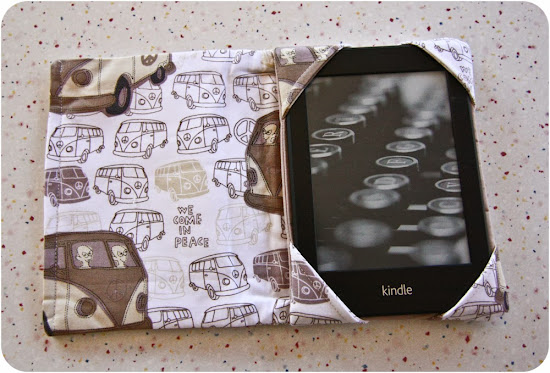 These VW vans with aliens saying "We come in peace." seemed like a perfect mix adolescent humor that might last for a few years. 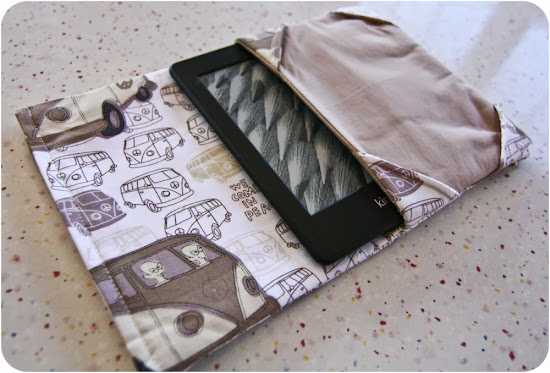 Have you started any Christmas crafting yet? What's on your to-do list?