As a present for each of the kids this year (their main gift), we decided to redecorate each of their rooms. In the 6 days leading up to Christmas Eve, we managed to tackle all 3 bedrooms (Philip and Finn share a room.) with help from a few family and friends on the days that Paul was working.

We began with Paulie's room. He and Philip spent the week before Christmas with their mother, so we started his room immediate after he left, but while Elizabeth and Finn were still around. They thought that we were just redoing Paulie's room as a present but didn't even guess about their own rooms. 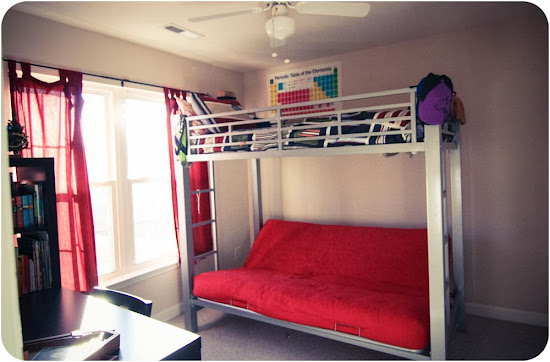 Paulie's room was the only room in our house that hadn't been repainted at all since we moved into this house. It was the same bland off-white that the entire house was painted when we bought it. 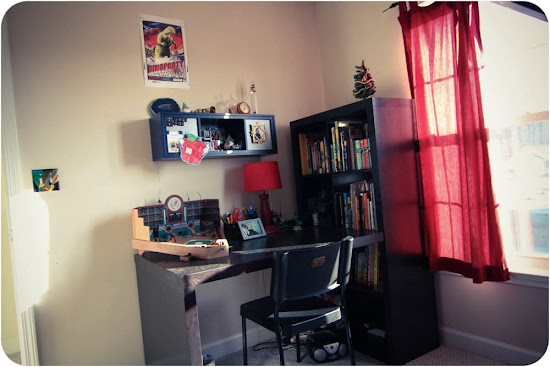 We really couldn't move the furniture around in his room because he has the smallest bedroom in the house and the largest furniture. 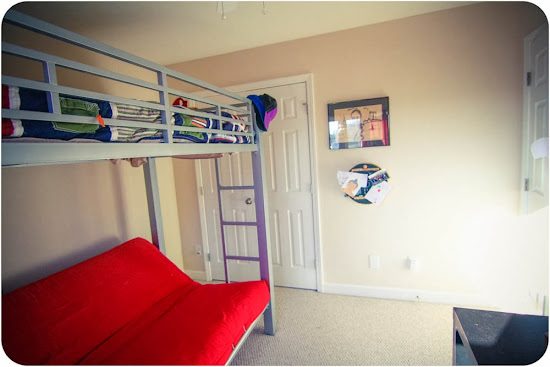 Paulie has been asking for years for a green room, and we've put him off because he had a red futon cover. I found a good deal on a brown microsuede futon cover, and we decided to paint his room "Organic Garden", which is kind of an avocado-y color. We also decided to trade his bulky quilt for a Pendleton wool blanket which will keep him warm but isn't as bulky to tuck into the sides of his bed. My best friend helped me out by making his curtains which are Kona Cotton in Cocoa at the top and have a trim of Air Mail 1930's by Clothworks at the bottom. I also made a sham for his bed out of the remnants of both fabrics. 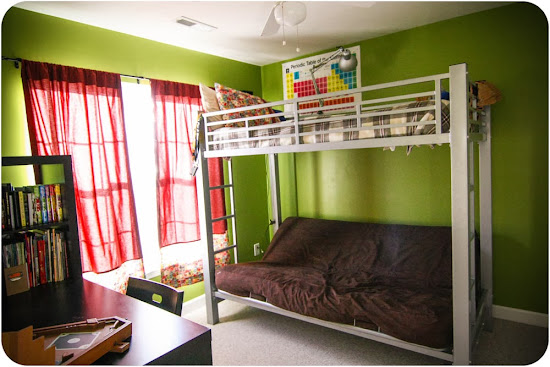 His desk remained largely the same, although we got him a new modern Ikea lamp. (He also got another new Ikea lamp to clamp to the top of his bed for reading at night.) We also framed some stamps from Paul's old collection to match his curtains and hung a license plate map of the US over his speaker shelf. 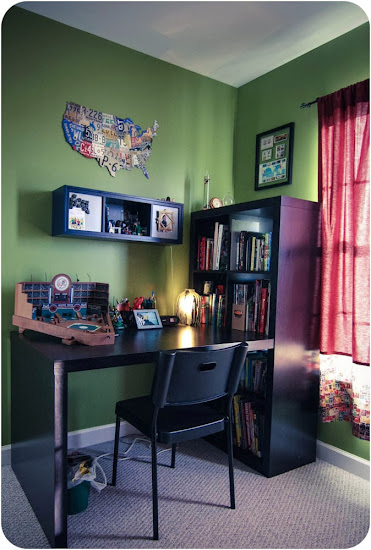 Finally, Paulie has been obsessed recently with Lord of the Rings, and I found a print on Etsy of the saying, in Elvish, Not All Who Wander Are Lost. 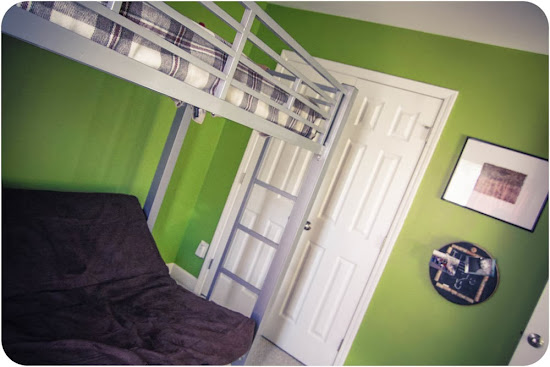