As of this morning, we officially have a teenager in our house. We celebrate a couple of days early as he's at his mom's house today. 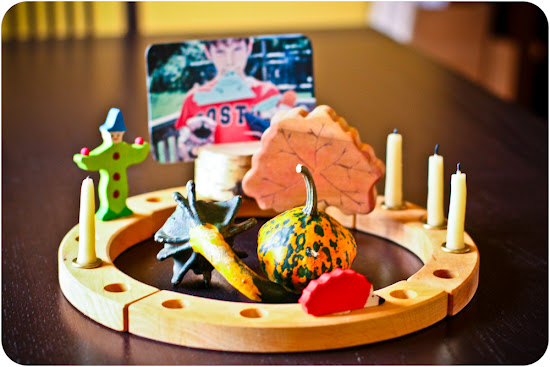 But we celebrated in style! With a few small gifts and a birthday ring sporting 1 candle on the left and 3 on the right, and he downright chuckled when he saw the photo I placed of him in the photo holder. 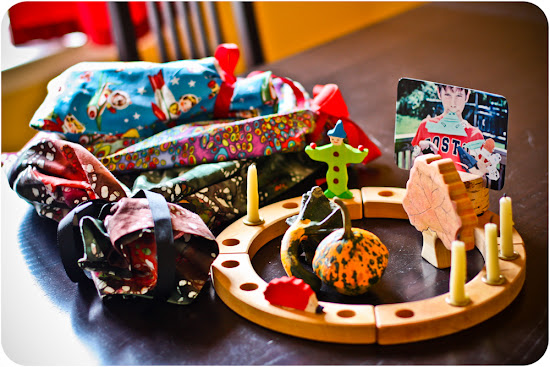 Elizabeth had a few contributions to the festivities, as she always does.  She picked a few of the remaining begonias and several mums to place in a vase near the birthday ring. 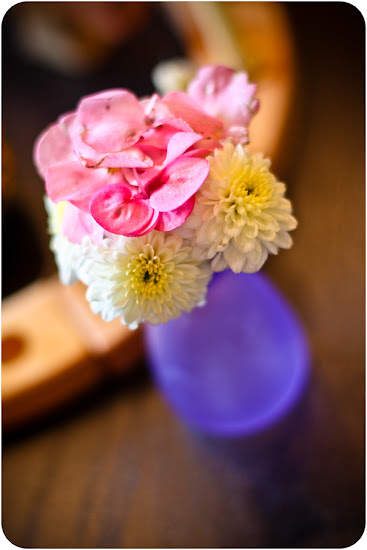 She also made a dozen of these signs to hang around the room, proclaiming the day to be a celebration of Paul! 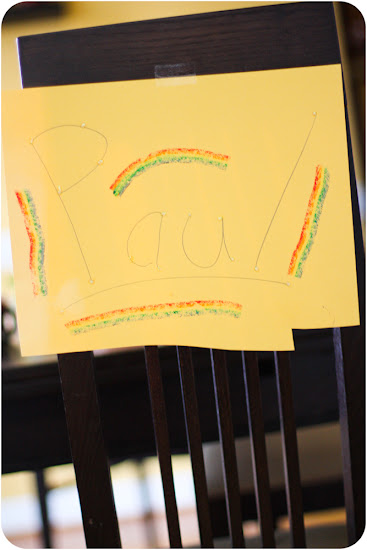 Her final touch was a simple framed portrait of an 18-month-old Paulie.  It's hard to believe that little guy is now 13! 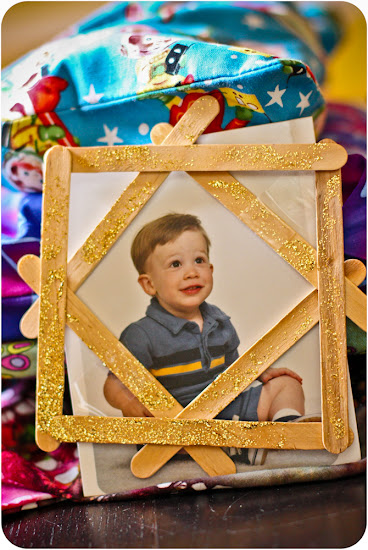 He enjoyed some of his favorite foods for his birthday meal, then we got down to business. 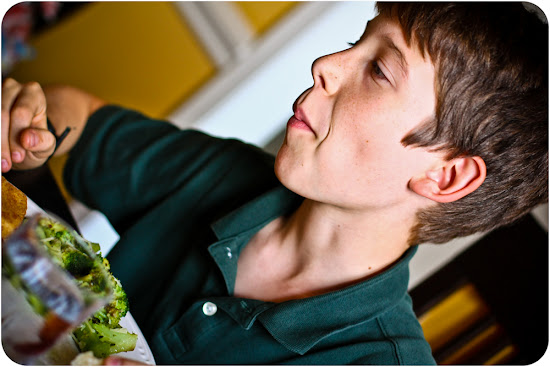 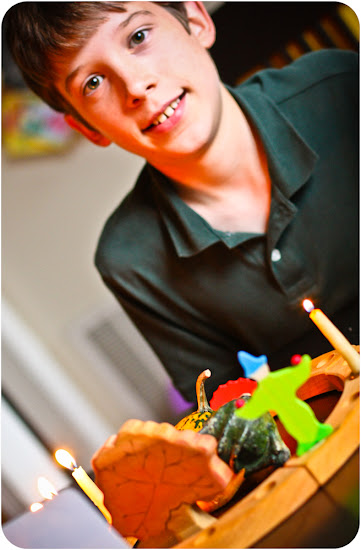 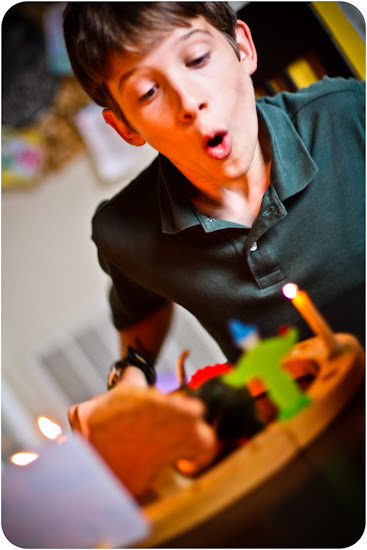 He received gifts of several books that were on his wishlist, an iTunes giftcard, and a magazine subscription to Calliope. 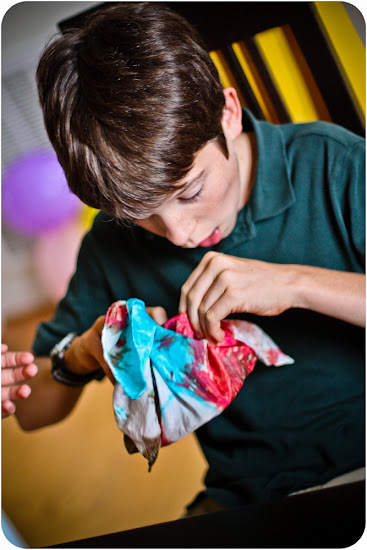 His big gift will arrive this weekend as Paul whisks him off to a special father-son trip to Stone Mountain Park for the weekend.  Until then, you'll likely find him with his nose buried in his Star Wars Origami book, making all manner of paper Star Wars creations. 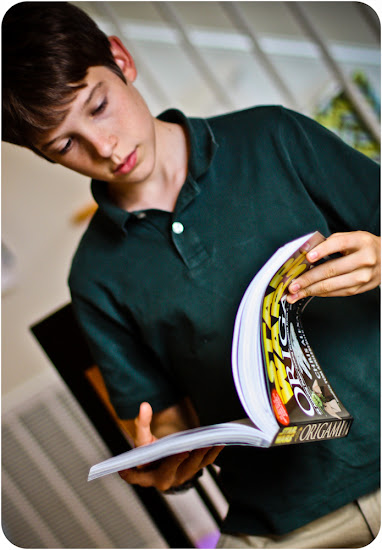