I have a long and complicated relationship with sewing. As a child, I remember admiring the ease with which my grandmother sewed so many of my clothes and the simple appeal of the handmade curtains that flew off of my Mother's machine. But I don't remember having much of a desire to learn that particular skill myself. I made a mostly wearable dress in Home Ec in high school, but then the sewing machine and I spent many years apart. One of the things that I find particularly beneficial in having a mother and grandmother who sewed, canned, gardened, and crafted many things, I never had a fear of just picking those things up and trying them myself, even if it took me well into my adulthood to do so. 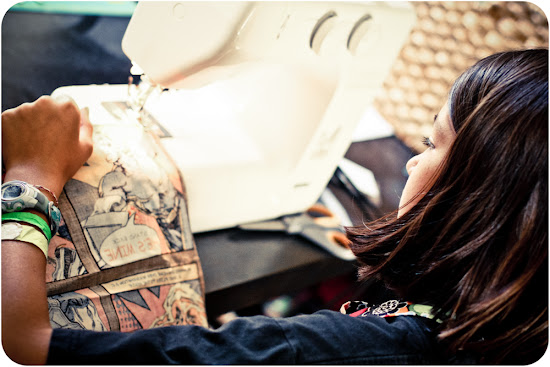 And so, once I decided that I wanted to sew some things, I borrowed my grandmother's old ancient machine in a built-in desk and sewed a few things. I just didn't bank on how temperamental that machine might be! After I nearly swore off sewing altogether, Paul bought me a rather basic Kenmore a few years ago, and sewing and I have maintained a respectful truce since then. Not that I'm much of a seamstress, even now, but you can make a surprising number of things with just straight lines. 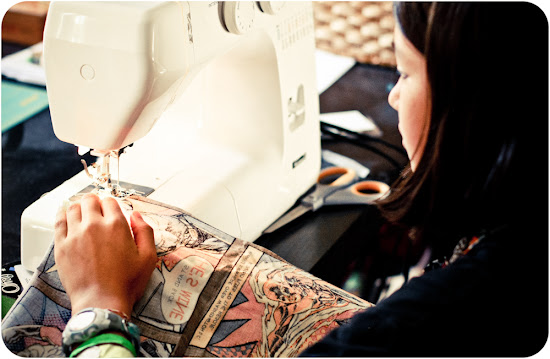 Much like myself at her age, Elizabeth never showed much interest in the sewing machine, until recently. Of course, she started by asking me, "Can you show me how to make a shirt?" Uh... "Can I interest you in some straight lines?" I thought in my head. 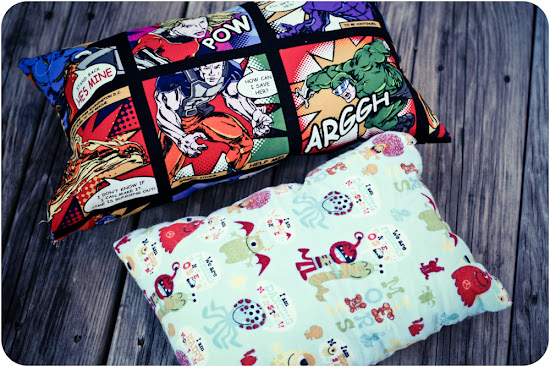 Fortunately, with our upcoming camping trip, her interest was sparked by the mention of a need for camping pillows. A simple, quick, useful project. She was hooked! 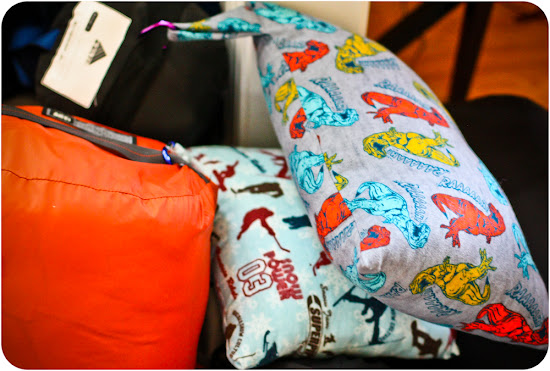 After she had a couple of pillows under her belt, we realized that some of our sleeping bag stuff sacks were too small to squeeze in a pillow as well, so we added a loop onto a couple of the pillows. This way they could attach to the stuff sack with a carabiner clip. 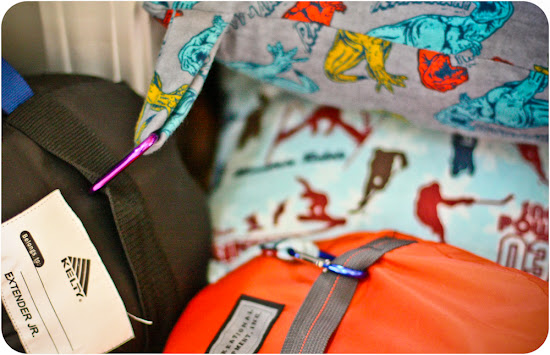 She's already working on another project now: a small quilt for one of her brother's stuffed animals as a Christmas gift to him. I have to say I'm glad that Elizabeth didn't wait until adulthood to pick up on sewing. It's a delight to watch her creativity and skill grow in this way.