a weekend with the littles

This weekend found the house with only half it's normal inhabitants.  Elizabeth is attending a family reunion with her dad and Paul took Paulie on a trip for his birthday. And then there were three: the littles and me.  I thought it would be fun to do a few autumnal things that would appeal more to the youngest members of the family this weekend. 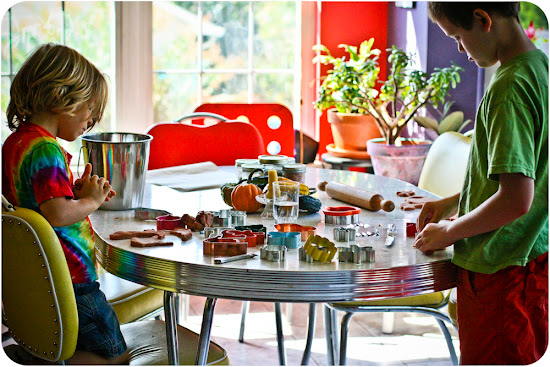 We started our Saturday morning with a batch of pumpkin pie play dough. Although there's no actual pumpkin in this recipe, you'd never know with the aroma of pumpkin pie spices and hint of vanilla.  I didn't have a pumpkin pie spice blend, as called for in the recipe, so I used some cinnamon, nutmeg, cloves, and ginger. 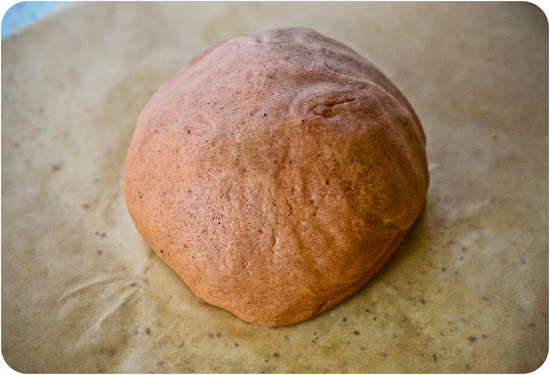 Both boys played with this dough for over an hour in the morning. 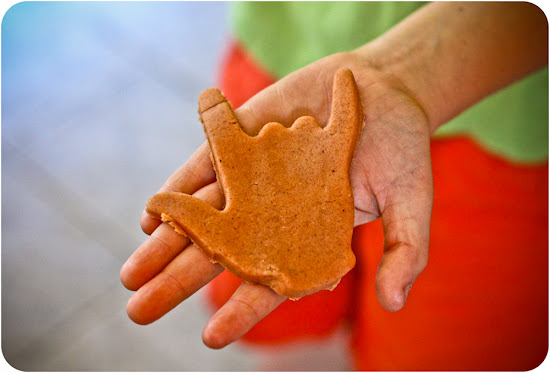 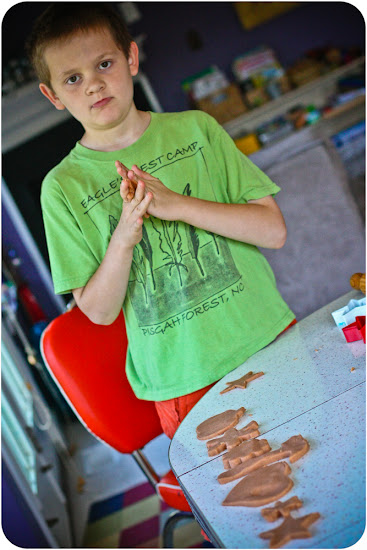 And Finn pulled it out again for another hour and a half in the afternoon.  The kitchen smelled quite lovely all day. 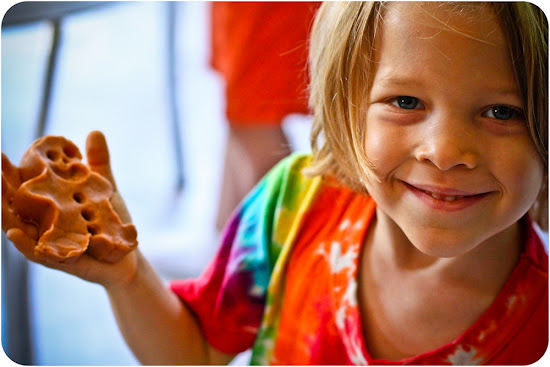 We also used some of a bushel of local apples (that still need to be put up!) to make an apple cinnamon German pancake.  I mostly used this recipe by Catherine Newman, increasing the eggs to 3 and the other ingredients accordingly.  I sauteed a smallish, peeled and finely diced apple in the butter and added about 1 tsp of cinnamon before adding the batter.  Yum! 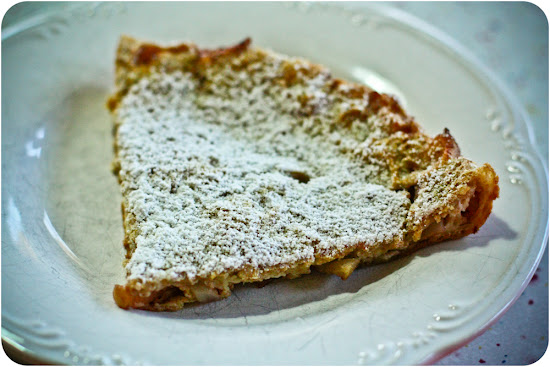 In the afternoon, while Finn continued playing with play dough and Philip read quietly, I needle felted a few of these little festive ghosts to hang from the light over our kitchen table. 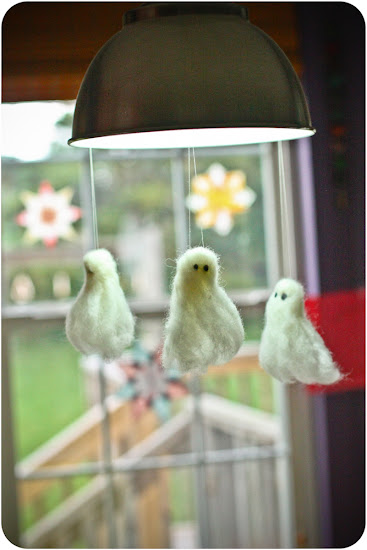 It's starting to feel quite autumnal here now. 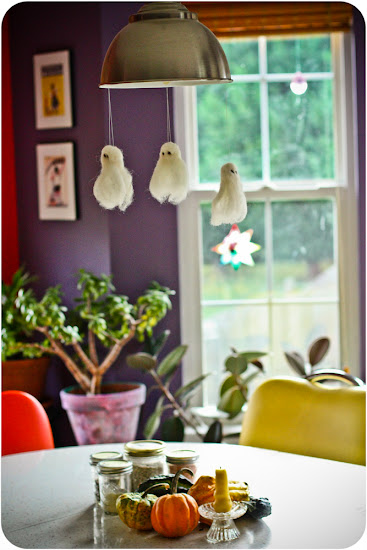