The summer garden spent the last 2 weeks being largely neglected, although Paul did religiously turn the compost while I was gone so we were ready to get out into the beds and work this morning. 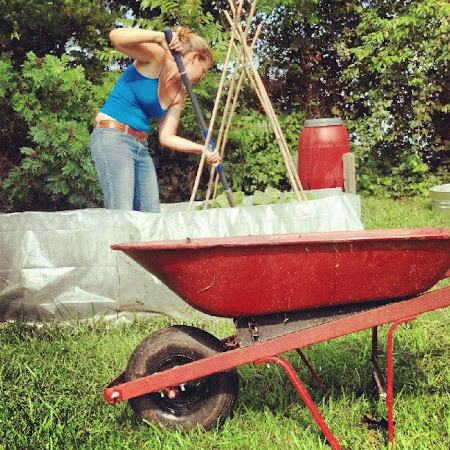 I pulled out the summer squash, zukes, and cukes about 3 weeks ago so we added some compost to that bed. (Apparently, the eggshells and avocado seeds are the last to compost.  Who knew?) Next week, we'll turn the compost into the bed and prep to add seeds for our fall garden.  The few beets that remain are still doing their thing in the corner of that bed so we left them...for now.  I plan to add more beets, carrots, and onions to this bed in the next few weeks. 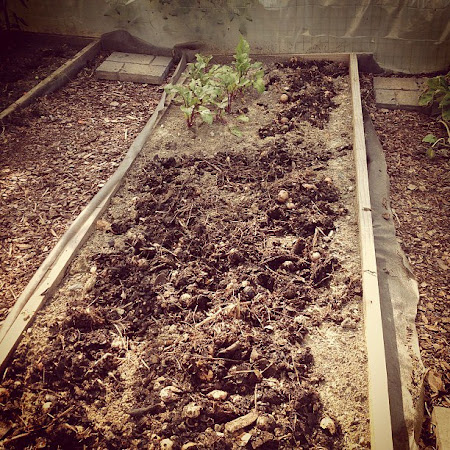 We added a bit of compost to the second planting of garden peas.  I also added some new string to the teepee for them to climb. 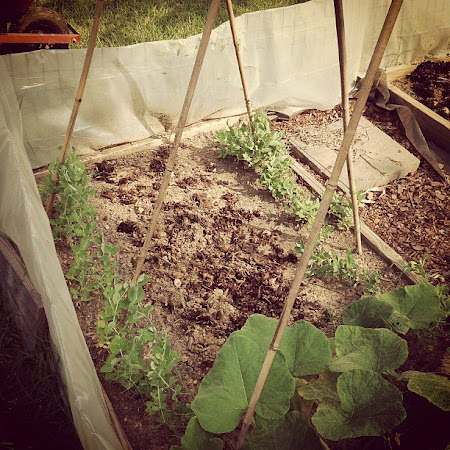 I've already harvested several acorn and butternut squash from the opposite end of the garden pea bed, but I found a few more today so I guess those plants get a reprieve from being ripped out right away. 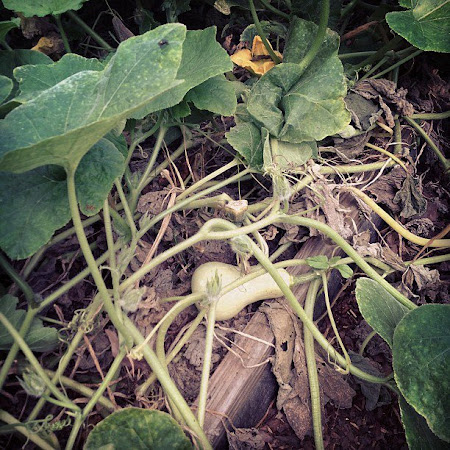 Once the tomato collapse happened mid-summer, the bell peppers, which had been too shaded by the large tomato plants to thrive, began to really blossom.  They don't look too great in the picture below because they were a bit upset by the tomatoes being ripped out around (and through) them this morning, but they really have quite a few peppers on them.  The jalapenos at the end of the bed are still producing quite rapidly as well.  About half of that bed is now empty and sporting a bit of compost.  I'll likely start putting lettuce, spinach, and kale in this bed in the coming weeks. 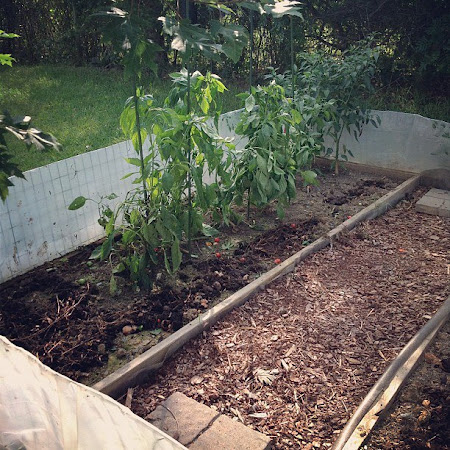 The herbs are still doing quite well.  I'm hoping for a second harvest of basil and cilantro in a few weeks.  The chives really need to be trimmed and dried.  I plan to harvest some thyme, parsley, and mint for drying this week as well. 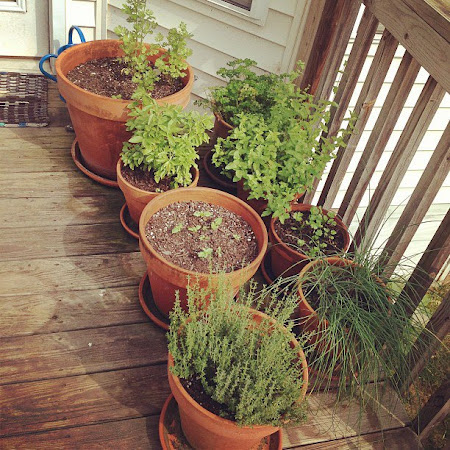 How is your garden growing?  Any plans for a fall garden?
Posted by Joy at 6:15 PM