Fortune Wookies and other paperfolding

We've had many things going on over the last week, with Elizabeth and I returning from camp and school starting for Finn and Elizabeth.  Of course, during one of the busiest weeks of our year, an author that Paulie and Philip have come to love came to town for a book signing.  I wasn't able to attend because it fell on the night before school started, and Finn needed a good night's sleep.  Paul took them to the book signing, and I received a complete debrief on their amazing evening when they returned. 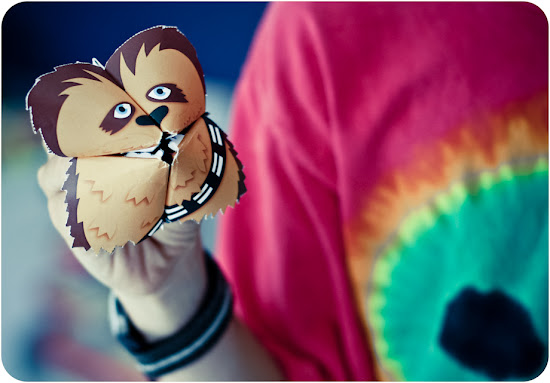 Paulie and Philip returned from the book signing with Tom Angleberger's most recent edition in the Origami Yoda series, The Secret of the Fortune Wookiee.  While they were at the event, they not only pooled their money to buy the latest book, but they received a printout of a foldable Chewbacca to bring home. 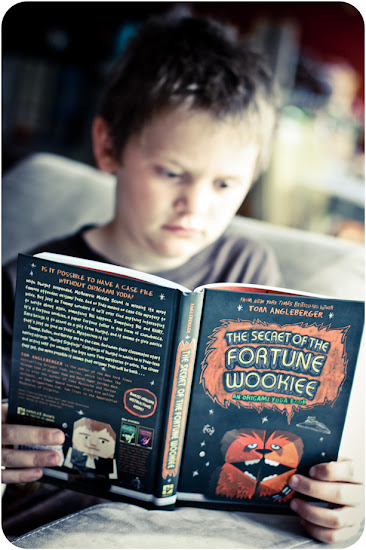 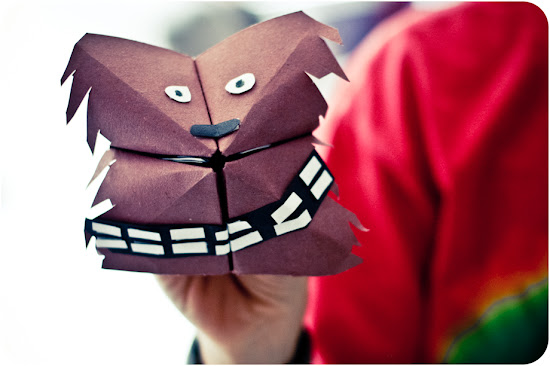 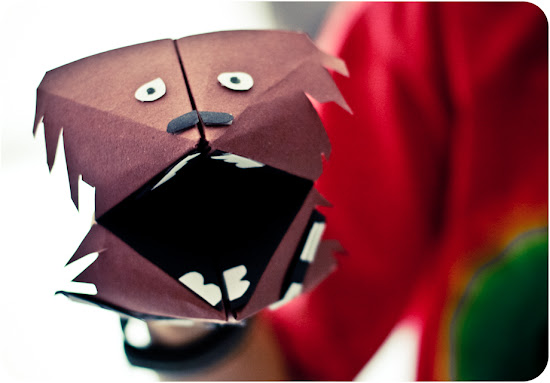 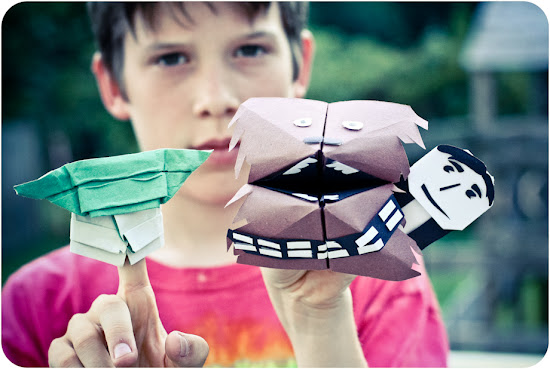 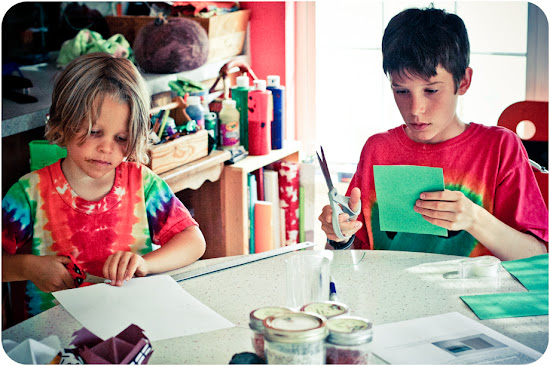 Paulie eventually made Han Foldo, Chewbacca (the Fortune Wookiee), Jabba the Hutt, Darth Paper, Yoda, Admiral Ackbar, R2-D2, and a storm trooper.  (You can find the instructions for folding most of these at the Origami Yoda site.) 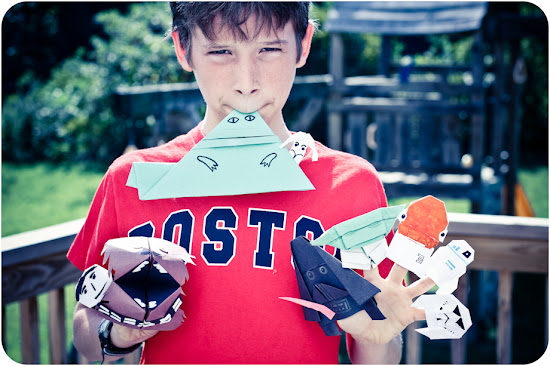 When we had exhausted all of the origami Star Wars characters, Paul sent us this link he found with some folded paper gnomes.  The boys had a great time making paper gnomes to use as finger puppets. (Finn only had to go to school for one day this week he was able to get in on the paper folding fun.) 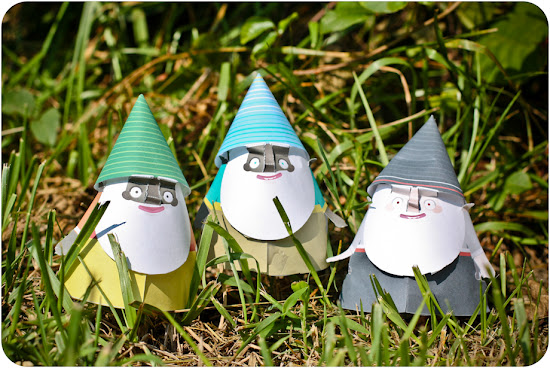