a meal fit for an Ingalls

When we decided to have a special meal for the arrival of autumn, I thought it would be around a fire, but since the weather didn't cooperate, we needed a new plan. 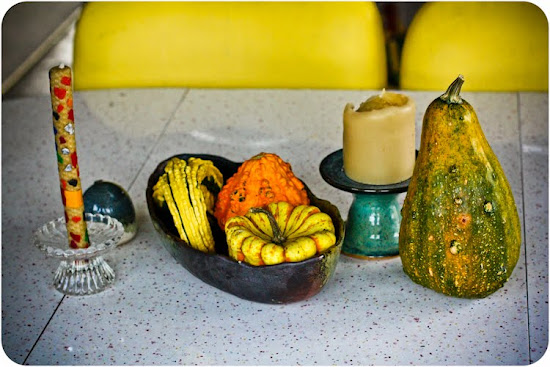 A warm and cozy meal around the fire is wonderful, but a homey meal in a cozy kitchen during an autumn rain is a pretty fine plan as well. This is not our first foray into Ingalls' cooking, but since I stumbled upon the Little House Cookbook at the library recently, an Ingalls-style meal seemed like a good way to celebrate the advent of autumn on a rainy day. From the cookbook, we chose the buckwheat pancakes, fried potatoes and fried apples'n'onions as our autumn meal. 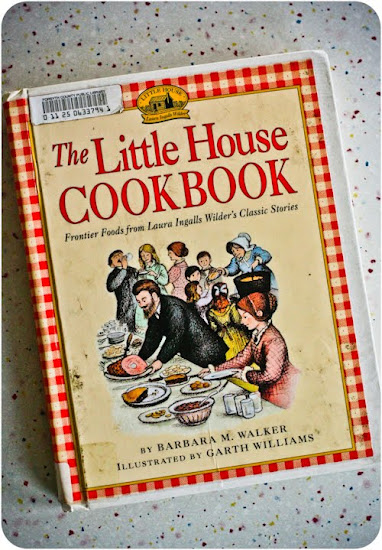 Then [Pa sat] down, as they urged him, and lifting the blanket cake on the untouched pile, he slipped from under it a section of the stack of hot, syrupy pancakes. Royal forked a brown slice of ham from the frying pan onto Pa's plate and Almanzo filled his coffee cup. "You boys certainly live in the lap of luxury," Pa remarked. The pancakes were no ordinary buckwheat pancakes. Almanzo followed his mother's pancake rule and the cakes were light as foam, soaked through with melted brown sugar. ~ The Long Winter 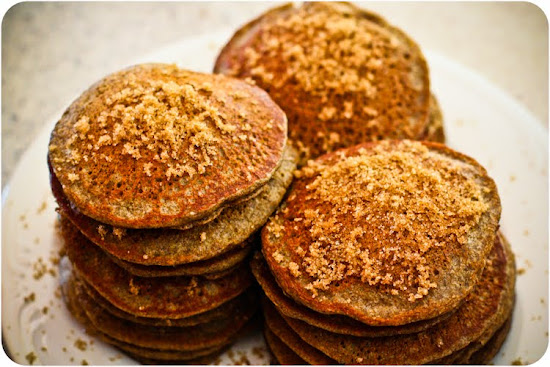 Outdoors was crisp and cold. Sunshine gilded the frosty windows, and in the house everyone was hearty and cheerful. How the travelers did enjoy that breakfast! The praised everything they ate. The biscuits were light and flaky, the fried potatoes were brown, and the slices of fat pork were thin and crisp, and the gravy was smooth and brown and creamy. ~ By The Shores Of Silver Lake 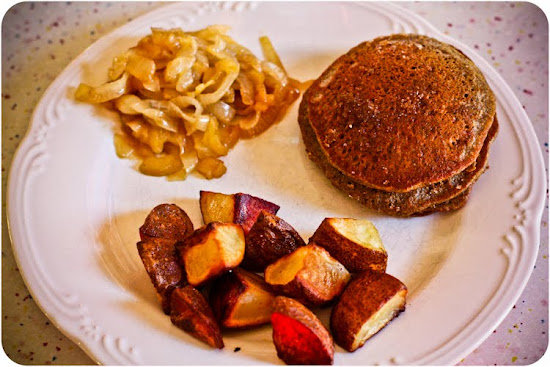 They talked about spareribs, and turkey with dressing, and baked beans, and crackling cornbread and other good things. But Almanzo said that what he liked most in the world was fried apples'n'onions. When at last they went in to dinner, there on the table was a big dish of them! Mother knew what he liked best, and she had cooked it for him. ~ Farmer Boy 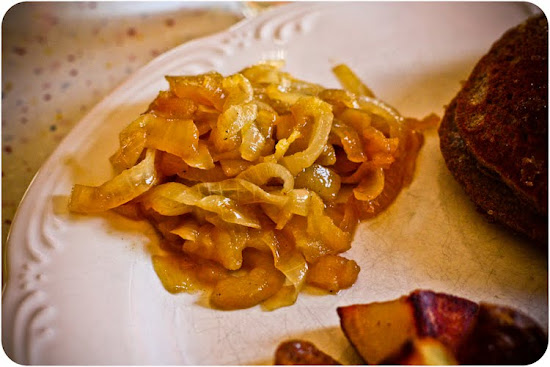 The kids were mildly suspicious of the brown sugar layered between the buckwheat pancakes instead of maple syrup and very suspicious of the fried apples'n'onions. Everyone was game for trying each dish, and almost everything was quite enjoyed. A winning meal in my book!
I'm pretty sure that the Ingalls never ate ketchup, but after finding this recipe for homemade ketchup, I really wanted to try it so we inaugurated it with the potatoes at our Little House meal. A little more tangy than regular ketchup, it was pretty well received, and I do believe it will become a staple around here. 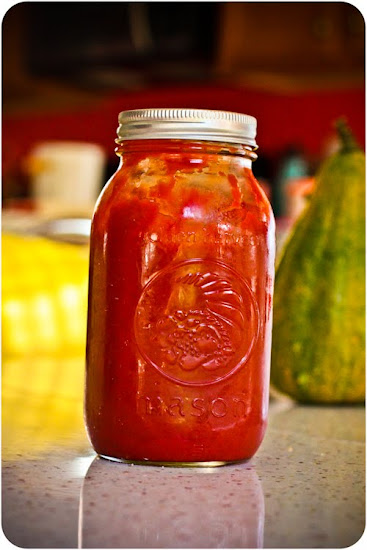