Even though we're still a day away from the actual advent of autumn, the cooler, damp weather feels like autumn made her appearance a few days early so I decided that I would follow suit and bring our autumn books out of dormancy and back into the seasonal book basket. 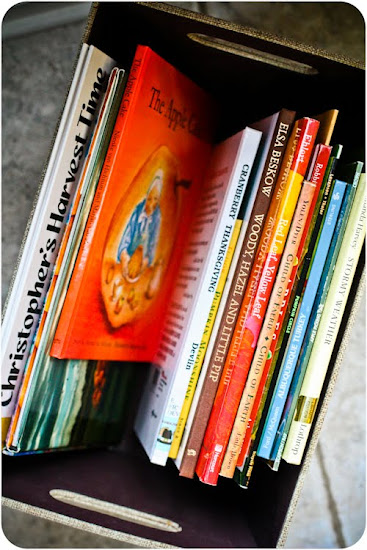 Finn was so thrilled, "ooh, I remember this book. Mama, can we read this one!" I'd love to tell you that the first book he latched onto was The Apple Cake, that would make for a better story, but in actuality we had to read Albuquerque Turkey three times before we could move on to anything else. He did eventually ask to read other books, including The Apple Cake, and we decided that the cool rainy weather might make good apple cake weather. 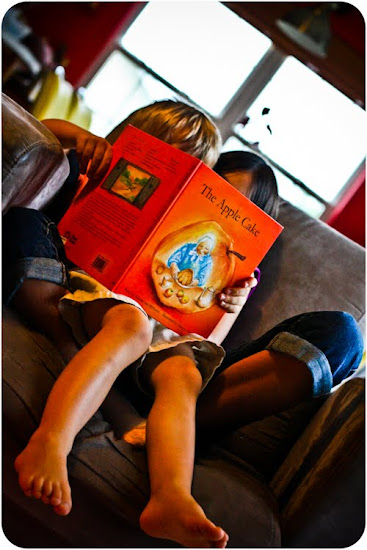 Elizabeth did pause from her painting long enough to read with us but went back to her own task rather than helping us bake. Finn enthusiastically set about following the instructions to chop the apples into small pieces. 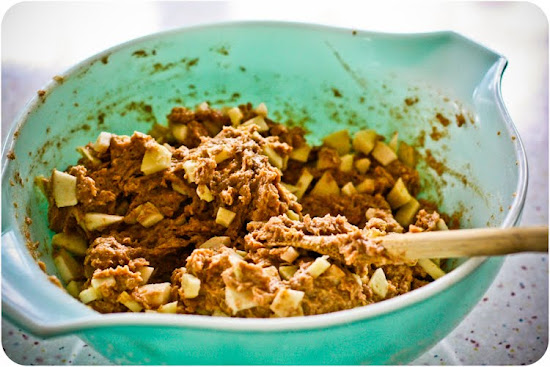 He was also the chief olfactory inspector along the way. "Mmmm...smells like apple cake, doesn't it, mama?" 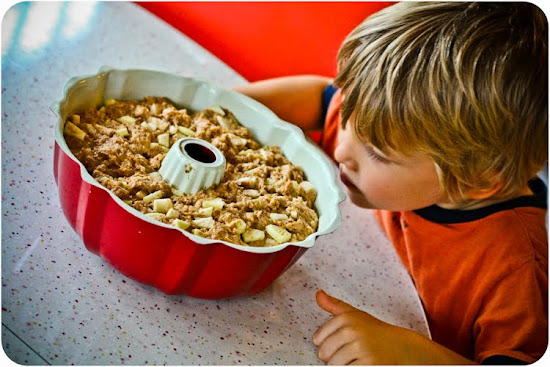 The entire house smelled like a wonderful autumnal afternoon with the apples and cinnamon wafting through the air. 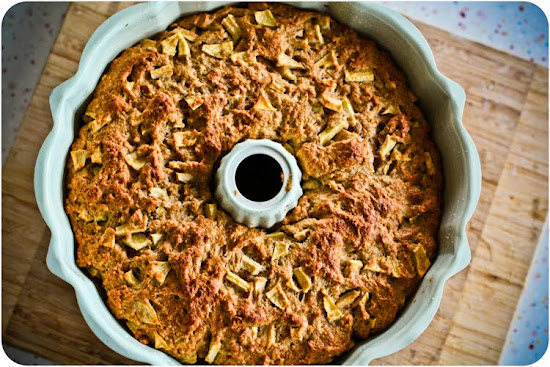 Just when our stomachs could not take the teasing any longer, the apple cake appeared, dusted with a layer of snow, as Finn burbles. 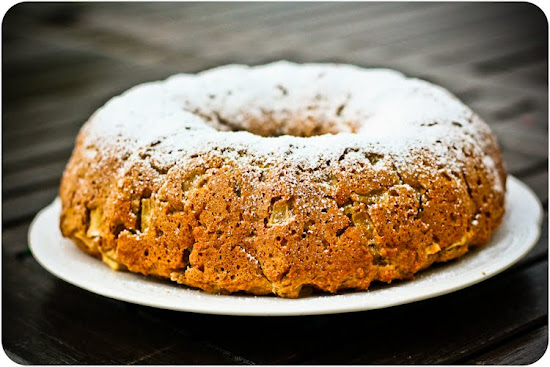 Welcome autumn, you are clearly as eager to arrive to us as we are to have you! 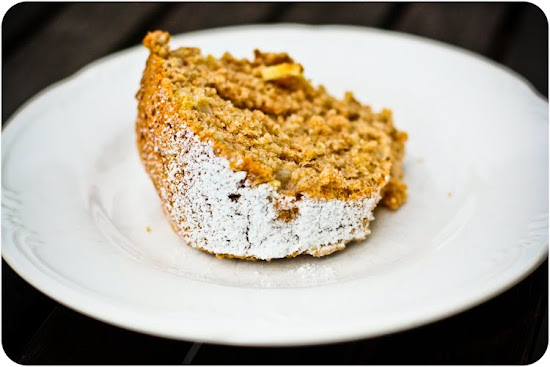