Late spring has arrived and with it the busy schedules that seem glued to the end of school year. Late spring also bring the beginning of the summer swim team season with which I have a love-hate relationship every year. 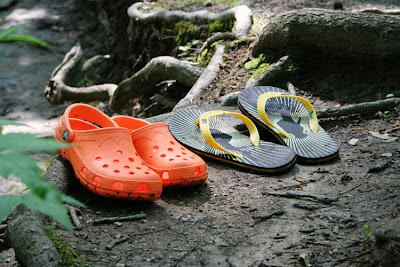 We have 4 children, as most of you know. Two of our children are content to play at home, outside, creatively and as they see fit. They want nothing to do with extracurricular activities save the occasional art camp or lego camp. 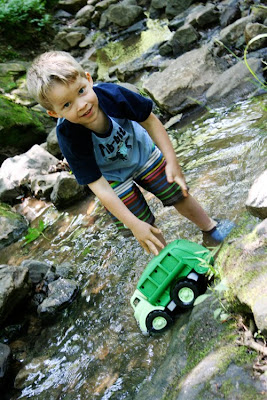 We have one child who is too young to know whether he enjoys that kind of thing, and we aren't the kind of parents to push activities before they start asking. 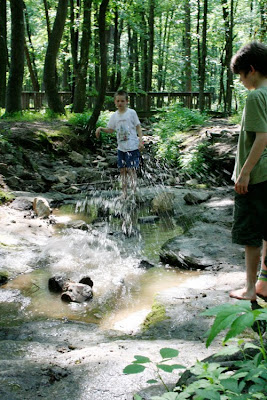 But we have one who is quite the joiner. He would swim, run and climb all day, every day so long as he could find someone to run him to and fro. And well, I'm just not the to-and-fro kind of mom. 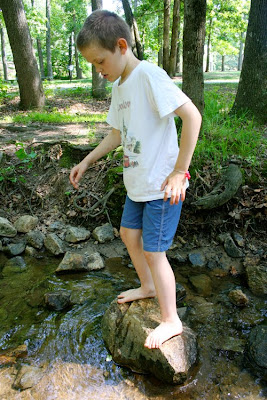 Just carting everyone to school seems like enough of a chore, and I relish our nightly family dinners, evenings in the yard and bike riding, weekends visiting farms and nearby woods. 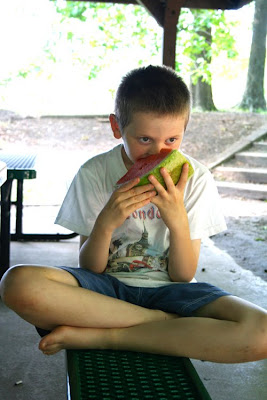 When this summer approached and Paulie expressed his desire to both join the swim team and a local running club, we had to have a serious discussion about his choices. Not only were both sports logistically impossible, as both had an almost nightly commitment, but quite frankly since quitting my job, I've looked forward to all of the things we might do as a family this summer and either sport is quite an undertaking. 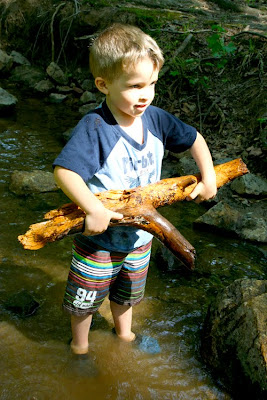 So we settled on allowing him to join the swim team for the third year because the season only lasts until mid-July and only takes 2 nights per week (and 1 weekend morning) until the end of the school year in 3 weeks. 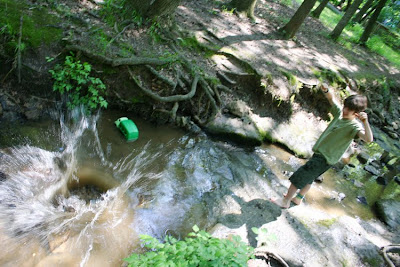 But I have to tell you, as we're scrounging for quicky dinners to make it to swim practice on time, I wish we could have more unscheduled time. Oh, I know there are families with multiple kids who are running here and there nearly every night of the week with this sport and that music or art lesson. 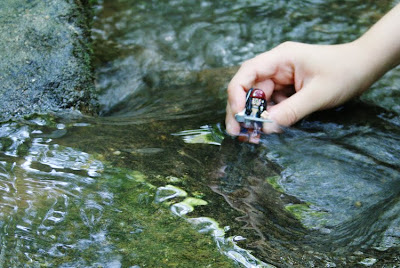 And I sometimes wonder, when do their kids have time to just be kids? 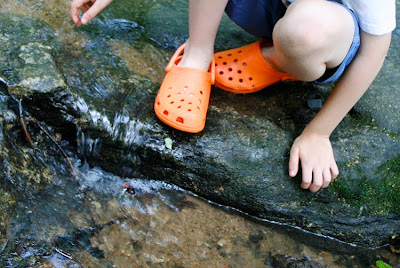 When do they have time to romp through creek beds, to send lego men down rapid waterfalls, to throw rocks in pools of water, to use unsettled rocks as surfboards, to pretend to be beavers building a dam, to splash an unsuspecting sibling, to wander down a root-laden path, and to take a break over a juicy piece of watermelon? 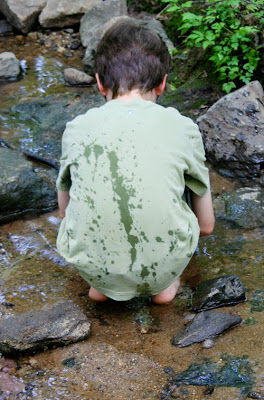 I want my children to feel confident in following their dreams even if that means my schedule is put to the test, but not at the expense of experiencing the best moments of their childhood. Because when I look fondly back on my own childhood, it's not the (admittedly limited) extracurricular activities that I recall as my greatest joys. 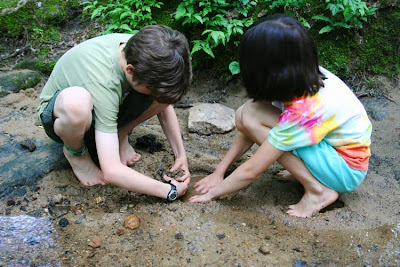 I remember wandering trails in the woods, splashing in creeks, building forts, constructing dams, rolling in mud, and picking vegetables and fruits straight from vines and trees, usually with my brother and cousins. 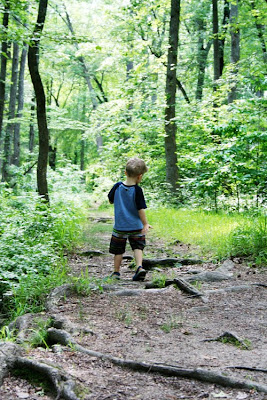 And this is the legacy I want to gift my own children.
Posted by Joy at 7:55 PM