Once again, we started off the week with orange juice-making. I think this is the most popular work in the house right now. 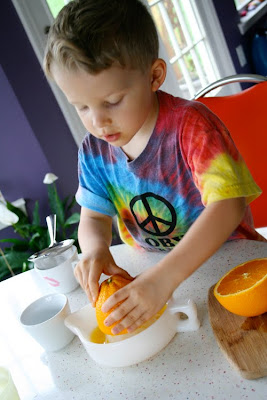 Once Finn makes his orange juice, the big siblings want in on the action, and they usually make juice until we're out of oranges (which is why this work is only a once-a-week work). 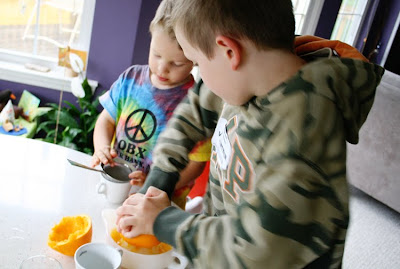 But oh how delicious it is while it lasts! 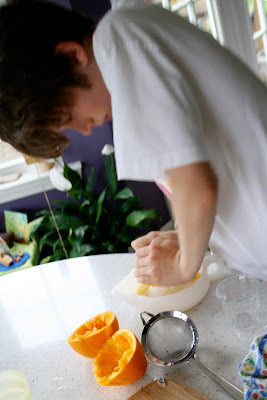 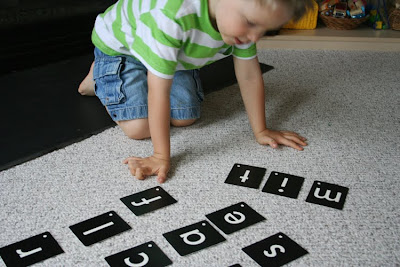 He continues to struggle with the rhyming cards, although that doesn't stop him from trying. He tends to want to find the same initial consonant instead of the rhyme. 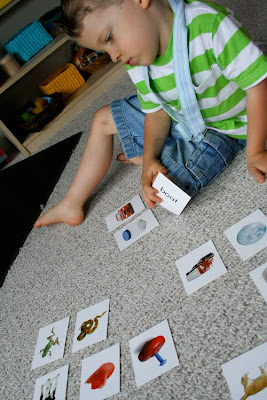 We found an inexpensive lidded brownie pan and some sand leftover from another project to make a letter writing work. 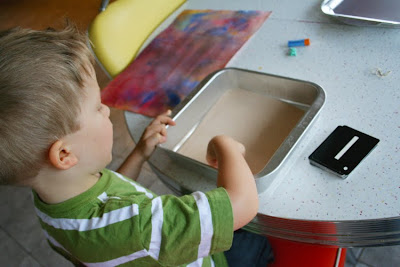 Finn enjoys tracing the sandpaper letter with his finger then drawing the letter in the sand. 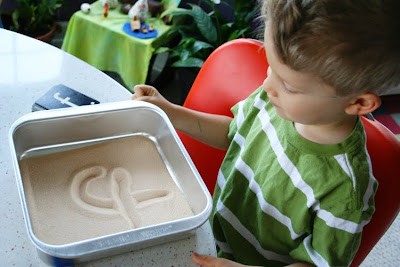 We observed the basil he planted making an appearance. We noticed that every sprout that popped through the dirt had 2 tiny leaves. 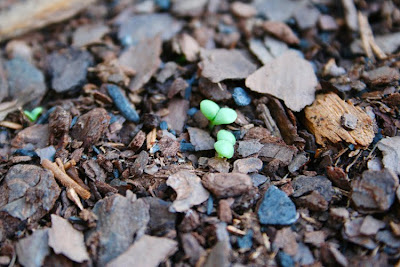 We also found a little nutmeg grater for Finn to work with. He really enjoys carefully grating the nutmeg into dough, and so far he's kept his finger clear of the grater. This grater is great to use for Montessori work because the nutmeg stores in a tiny compartment in the top of the grater. 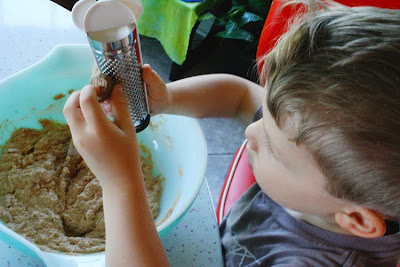 What are you working on this week? Check out One Hook Wonder for more Montessori Monday ideas.
Posted by Joy at 11:38 AM