I feel like some of my Montessori Monday posts are starting to get repetitious, although I know that will change as we move into summer and fall when Finn is home more and we're working more closely on units and moving to new activities. For now, I just want to be able to look back and see the progress he's made, what interested him at different points, and be able to reflect on work's that were significant for him.
Finn finished his MightyMind work this week, although he didn't want it removed from the shelf because he wants to go back to it. I definitely see SuperMind in his future since he enjoyed this work so much. 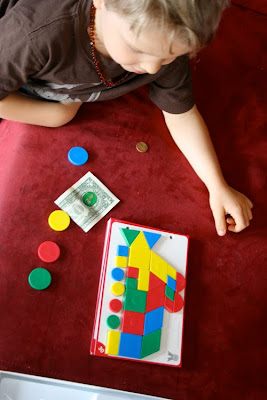 He laced beads for a while one day this week. I can't say that this is one of his favorite works, but he will entertain it for a card or two occasionally. 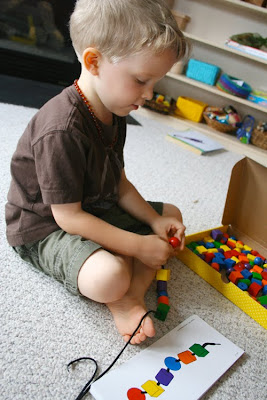 The lacing shapes that we stumbled upon in NYC, proved to be a much bigger hit than the beads. I didn't get too many pictures since he wanted me to knit alongside him (how sweet is that?!). 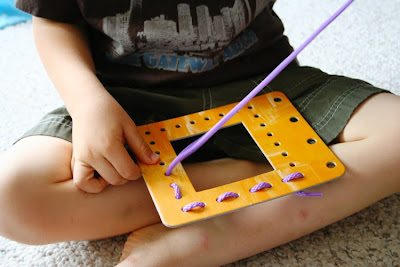 The cards lace into a book when you are finished lacing each card. As soon as Finn heard that, he wanted to finish the work in one sitting. After working for 1.5 hours, we had to break for lunch and nap, but he finished the remaining cards in the afternoon. He had his book by the end of the day and was thrilled! 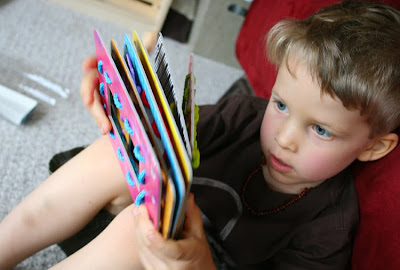 He still loves the cutting work and actually is more than 3/4 way through the book now. 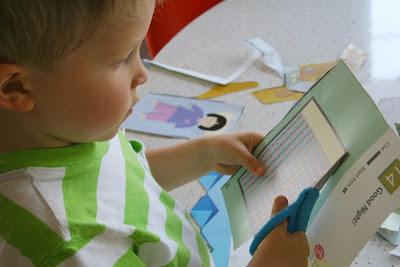 I found this stainless steel tray at a thrift shop this week. As soon as I showed Finn, he gathered up his wooden rainbow hearts to sort into the tray. 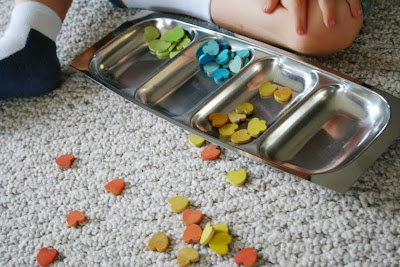 And of course, we spent more time juicing this week. Finn juiced a grapefruit this time, which he learned is much bigger and provides more juice than an orange. 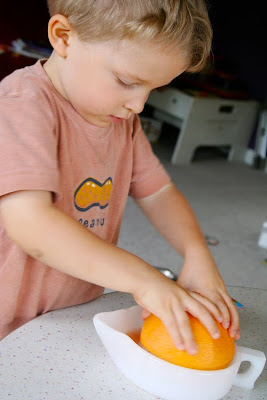 He carefully strained his juice into a pitcher, then poured it into his glass. 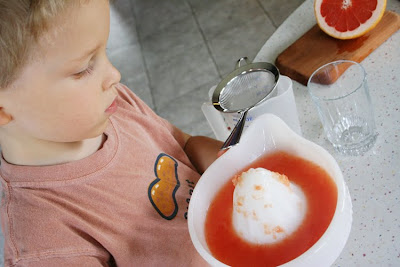 He didn't even ask for sugar to sweeten the juice, just happily slurped it right up. 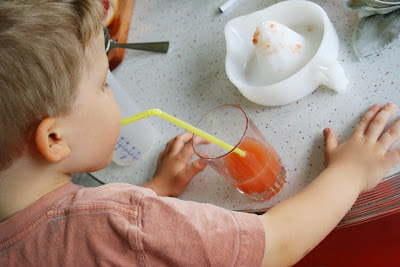 What are you working on right now? Check out One Hook Wonder for more Montessori Monday links.
Posted by Joy at 8:09 AM