Finn had a slower week than usual last week. The weather was nice and we spent hours outside leaving less time for indoor learning. He did work with this wooden "seasonal tree". I presented him with the tree which fits together and some different shades of green wool. I also needlefelted several little spring flowers for the spring tree. This tree will be a delight to put together season after season as we change the color of the wool to be added. 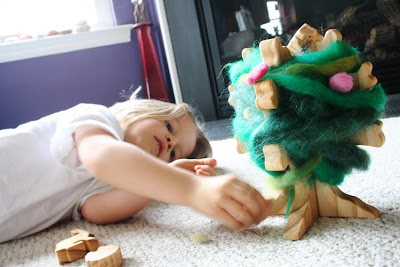 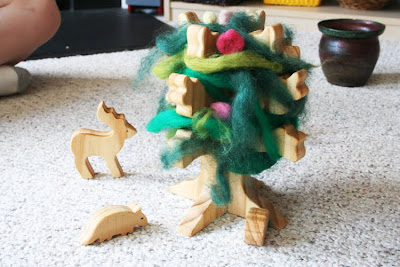 I think Finn's favorite work of the week was his new cutting book which I first saw at One Hook Wonder. 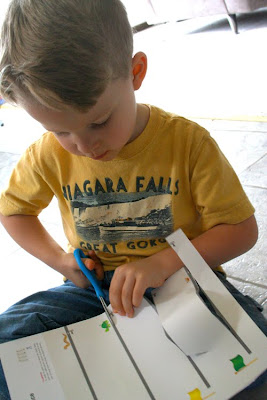 He did several pages, but his favorite was the train. 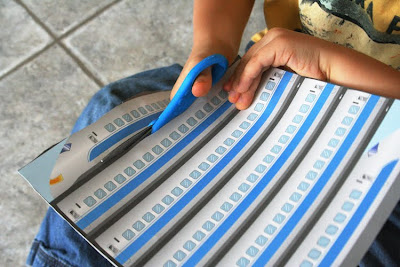 He carefully taped the train strips together and has faithfully played with it every day since then. 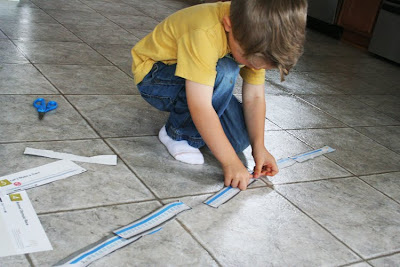 During all of our outdoor time, we squeezed in a bit of work too, like this transferring work with a Finn-sized shovel. He has excitedly shown off the new lilac bush as a "plant I helped dig!" 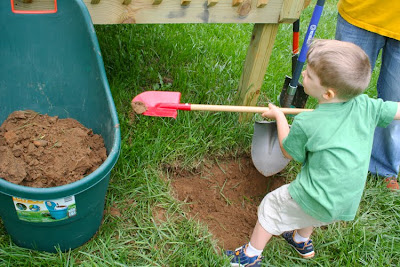 Another big work outdoors this weekend was Finn's first bike ride around the mile loop of our neighborhood. He did a fantastic job on his balance bike. 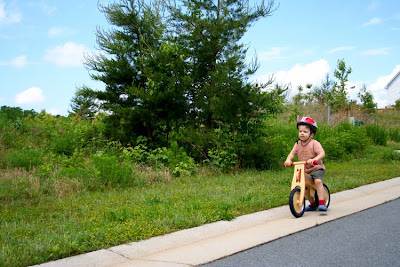 We also worked on our sounds quite often. His reading of many of his beginning sounds is becoming much more fluid, and he enjoys reading those often. It's hard to catch photos of that though. ;)
Check out One Hook Wonder for more Montessori Monday posts!
Posted by Joy at 5:12 PM