Finn worked hard this week, although I seem to have only gotten pictures of a few activities. He was presented to a new bead activity early in the week. He loves following patterns for things, especially when he can match it to a card. This set of lacing beads and matching pattern cards have proved to be a popular new work. 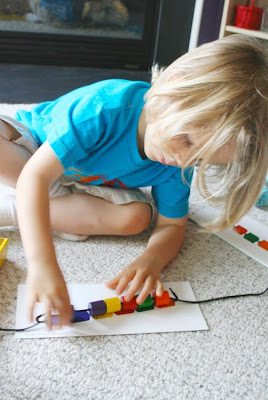 He even asked to take a picture of me working with one of the cards. :) 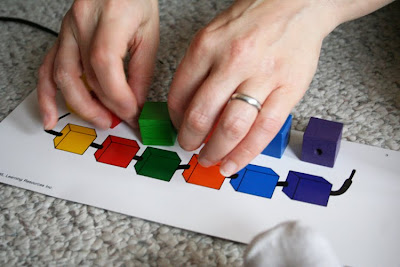 We began working on a set of rhyming cards and I quickly realized we needed to pair down the work to about 9 easily identifiable rhymes. We can always add the rest of the cards later for more challenge. 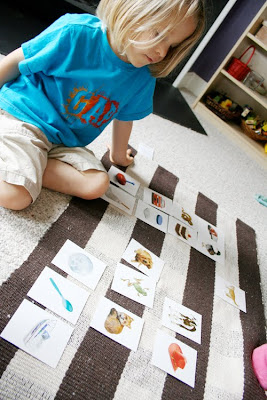 He's just starting to recognize what a rhyming word is. For the first few times we worked with this, he kept looking for a picture with the same initial sound. 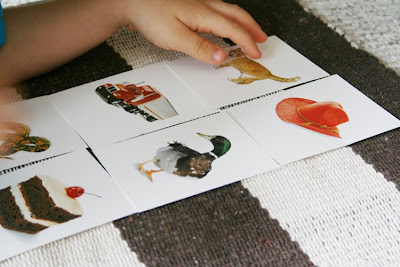 He catches on quickly. "moon" and "spoon"! 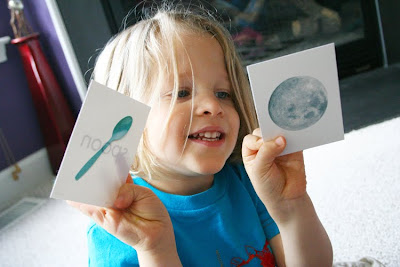 He completed an embroidery work that he began a few weeks ago. Now we just have to figure out how to hang it for him! 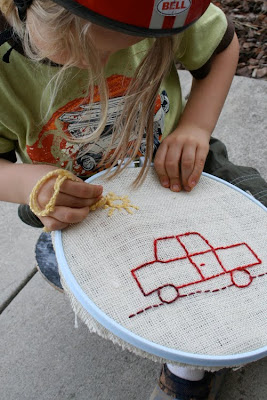 And, of course, Mighty Mind saw plenty of action, as usual. We might have to move on to Super Mind soon since he's only got one card from Mighty Mind left to master. 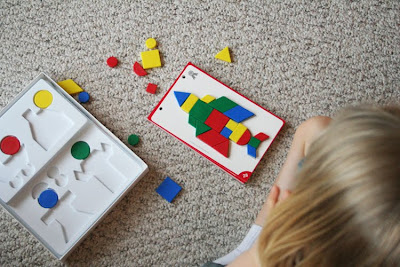 He has worked daily on the North American animals work. He's even a little more familiar with the animal names now. 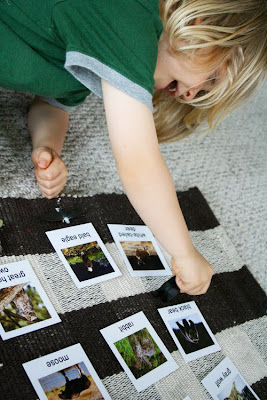 Although he still calls the fox, Reddy Fox, every time he places him with the card. 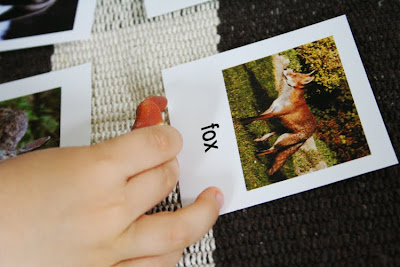 What have you been working on this week?
Posted by Joy at 4:47 PM