From Festivals Family and Food
After hearing this poem several times over the last couple of weeks, my kids have been walking around quoting parts of it, which led to an idea by Paulie to make a puppet show out of it. 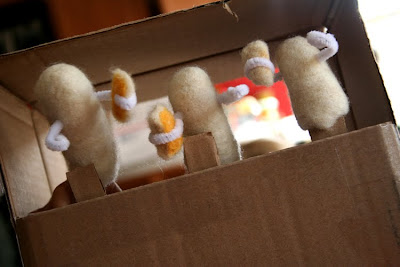 We wet felted undyed wool roving around our index fingers. 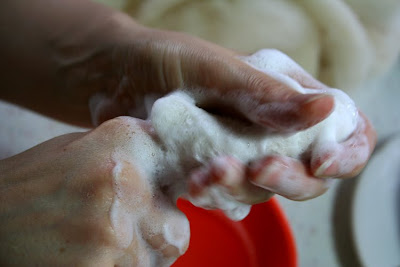 Then we poked holes in the sides to squeeze through some pipe cleaner. I suppose it would have been more authentic to cover the pipe cleaner, but the kids really enjoyed being able to pose the arms. Then we needle felted little buttered toastesses. 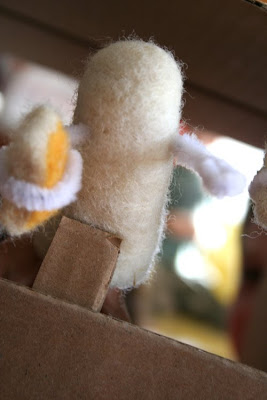 Paulie made the stage and postesses out of a cardboard box we had in the garage. Voila! The Three Little Ghostesses on stage! 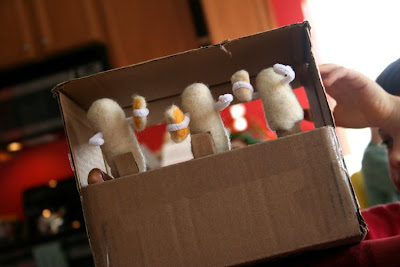