Children of the Corn

Philip turns 7 this week so we partied it up yesterday at a local corn maze. The atmosphere was a little over the top with the other activities they have to accompany the maze, but I'll take it over an inside, video-game-type place any day. I mean, at least we were outside the whole time! 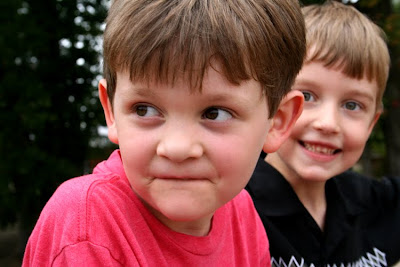 We spent a few minutes jumping on this giant pillow partly buried in the ground. 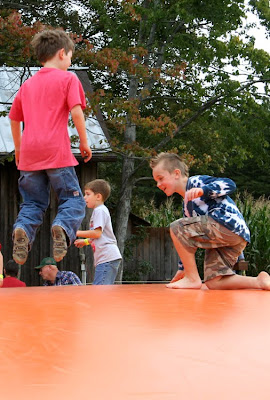 Then ate some party food. 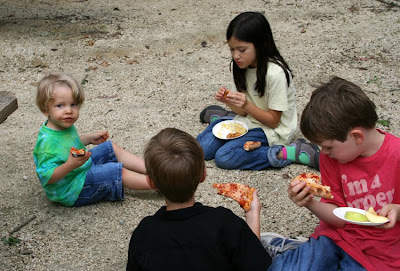 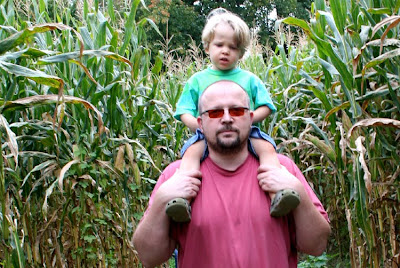 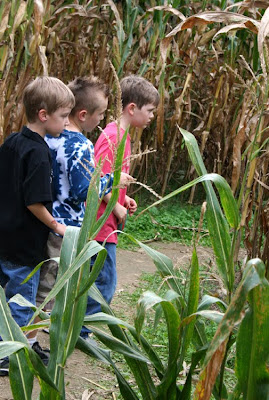 being directed by 3 six-year-olds... 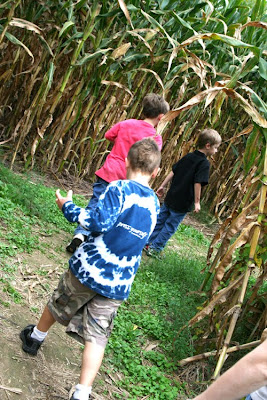 but big brother Paul and an older friend saved the day! (and they had already found all of the punch card stations while we wandered in circles) 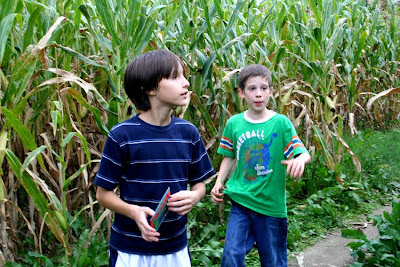 I don't think anyone minded getting lost in the corn for an hour. 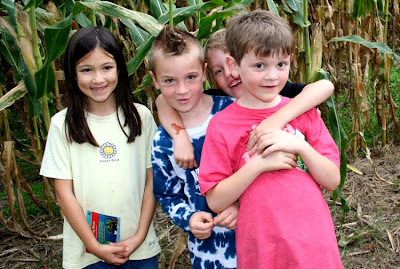 Although Finn preferred hanging out with the carved wooden pumpkin. 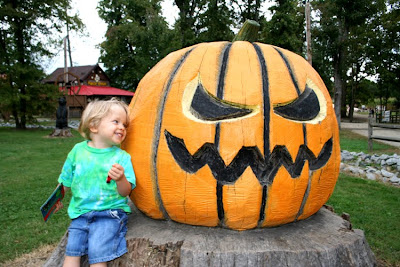 Then we panned for gems, 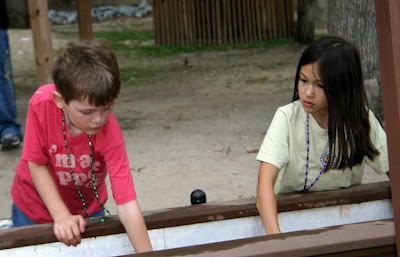 and found several nice ones! 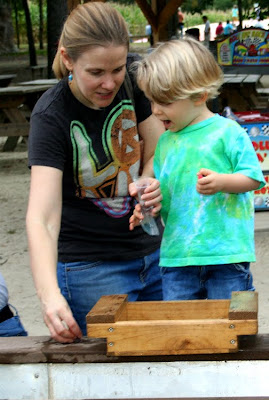 An enjoyable time was had by all, but the most enjoyable was how soundly everyone slept last night after all that fresh air and exercise! :)
PS. Hop on over to Gardenmama and see the lovely giveaway she has going! Eek! So adorable!
Posted by Joy at 8:16 PM