No WIPs for WIP Wednesday

So, I don't really have any WIPs going right now. I seem to be in a rut, and I can't find anything inspiring to pull me out of it. I haven't knitted a stitch in 3 days! I think that's a record since I learned to knit back in February! I'm sure this chilly, rainy weather we're having will have me knitting again in no time, but until then, here are some handknits that have made their way into our lives over the last week.
At Philip's birthday party, he received the hat I made for him earlier this summer. I don't know what it is about Paulie and Philip pulling their hats way down over their eyes. Apparently, that's how the kids are wearing them these days. He was excited about his birthday hat since Paul just received one for his birthday as well. 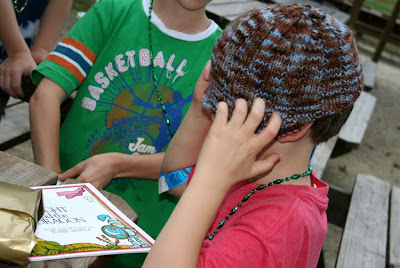 The camouflage hat for Philip's Christmas stocking that I began last week is finished now. Elizabeth was my model since we're keeping it a surprise. 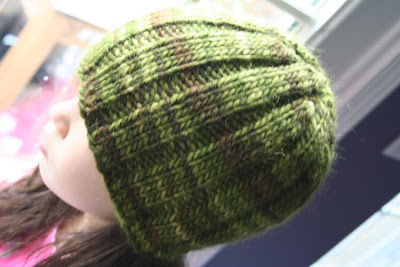 Finn was thrilled to get his orange hat, knit from the wool he picked out at the sheep farm the other week. 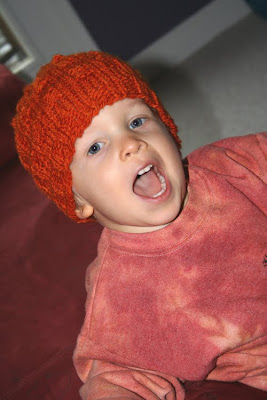 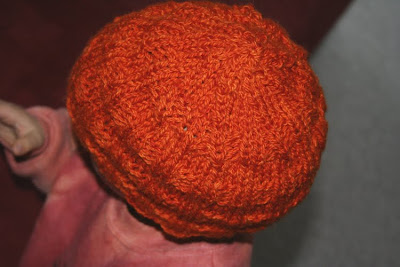 Another shot I happened to catch earlier this week: Elizabeth thinks my shawl looks like "something a grandma would wear"! She was even so kind to demonstrate for me, complete with playsilk headscarf and a marshmallow launcher cane. So, apparently, I'm an old, shawl-wearing lady now. Sigh. 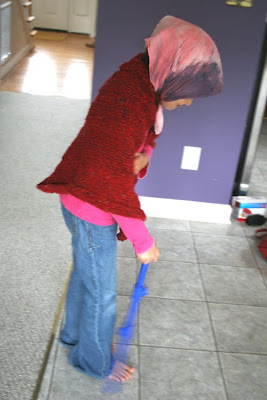