Our family is a little scattered for the next week and a half or so, and Elizabeth, Finn and I took this opportunity to take a little road trip to see family and friends up the eastern seaboard.
Our first stop was DC to see some good friends who live in the area and work on Capitol Hill. Since they won't be in the area much longer, we decided to take a morning to visit the Capitol while we have easy access and a personalized tour guide. 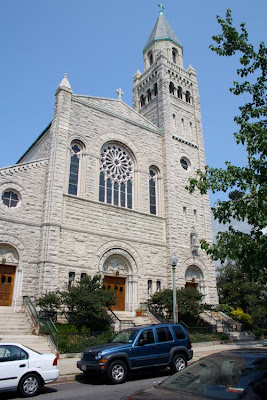 Originally we thought we might walk around the National Mall for a while and take in the sights, but this extraordinary heat spell sent us running for the AC. 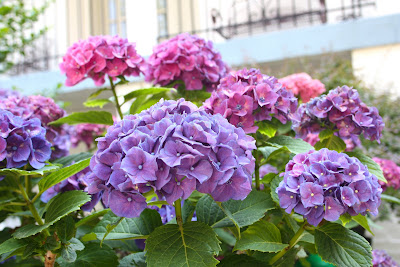 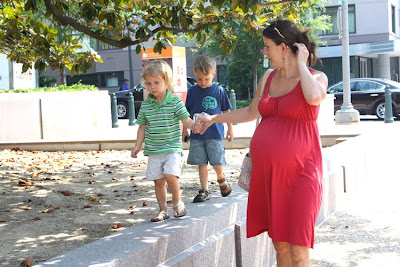 And what could go wrong with 4 kids loose in the Capitol building?! 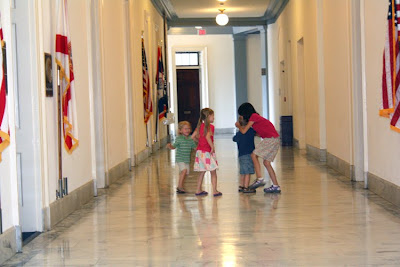 While in the Capitol crypt, we found the geographic center of 4 quadrants of DC. 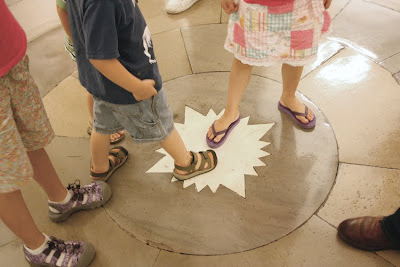 We admired the gorgeous paintings, sculptures, and architecture in the rotunda. 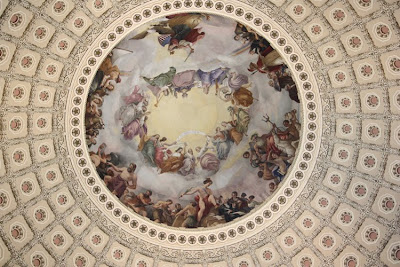 I love this shot of our group resting by the Suffragate women. 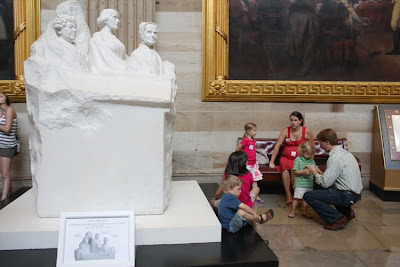 We spotted the Wright Brothers on the history timeline, which had extra significance because Kitty Hawk is in our homestate and we saw their memorial last year. 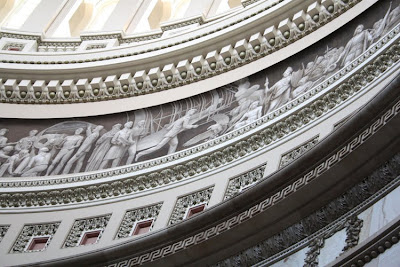 As we were leaving, I even spotted a statue of President Ford, who has some special significance to our neighbor so I snapped a shot for her. 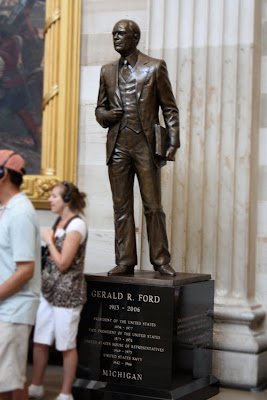 We made our way from the rotunda to the Old House Chamber where we spotted Lady Liberty, 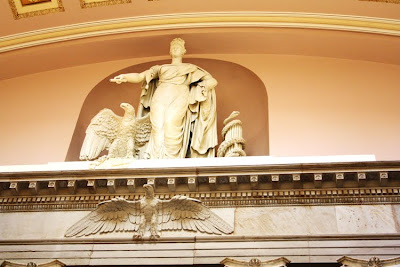 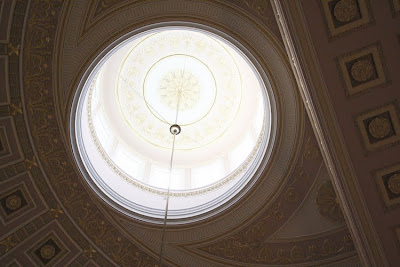 and one of the 4 fireplaces used to heat that room when the House was in session. 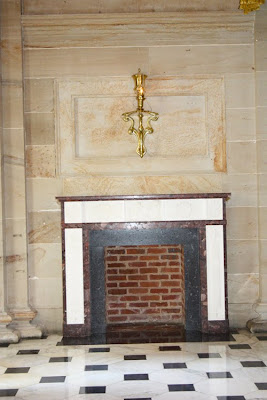 Then we moved on to the Old Senate Chamber. It's amazing how tiny, yet intricately designed, these old rooms are. 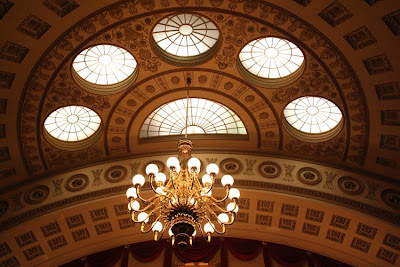 The chambers look so regal and relevant, yet they're probably smaller than most of the Representatives offices are now. 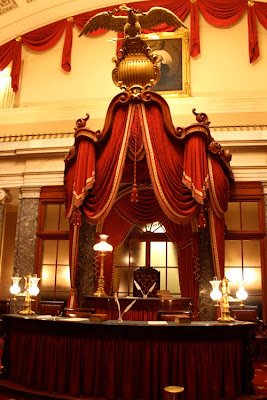 The Old Supreme Court Chamber was fascinating as well. The lamps lit in the chamber provide roughly the same amount of lighting they would have had during court when this room was used. It's a wonder they weren't all falling asleep! 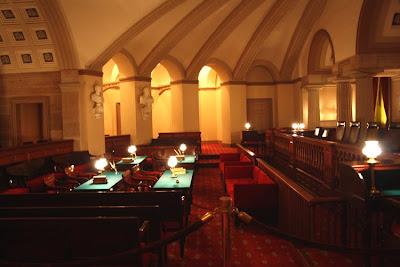 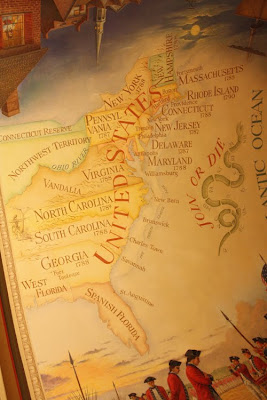 As we were eating lunch in one of the House cafeterias, we spotted a dog cooling off in the fountain. The kids were well entertained watching him romp through the fountain, and I can't say that I blamed him for escaping the heat! 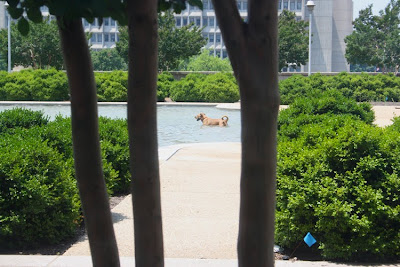