scenes from an October Saturday

We inherited a few pets from the $2 throw-a-pingpong-ball-in-the-fishbowl-and-win-a-fish game at the fair. Of course, the game cost $2 but the fish have now cost $25. The kids were beyond excited at the idea of having goldfish although I've warned them that fair-won goldfish don't always have the longest shelf life. This notion did little to dim their enthusiasm so we'll see what happens. 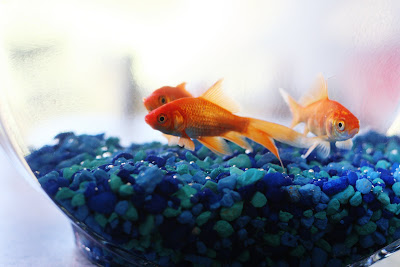 Our friends, the Callahans, are in town for a brief stay this weekend, and as always, we thoroughly enjoy their company. The girls spent the afternoon in the library building a little city out of tree blocks and Plan City vehicles and trees. They took care to include city stops like the car shop, the bank, the post office. It was quite the town! 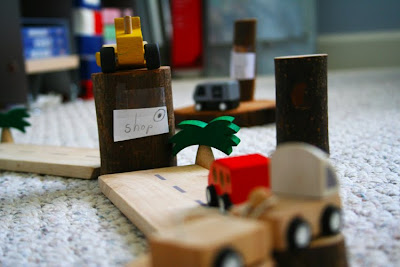 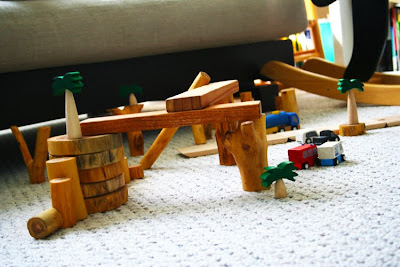 As the sun descended, we pulled out our new anniversary firepit for it's inaugural use. The kids had the best time making campfire bread (from Baking Bread with Children) and roasting marshmallows. 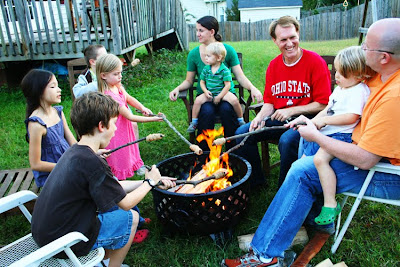 The campfire bread took a bit more patience than the kids generally have, and we ended up with a few breads that were blackened on the outside and barely done on the inside. 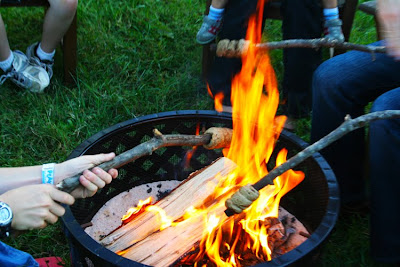 But they enjoyed them all! I'm pretty sure that if I served them bread like this in the house, they'd turn up their noses at the blackened bread. It's amazing the power of cooking your own food. 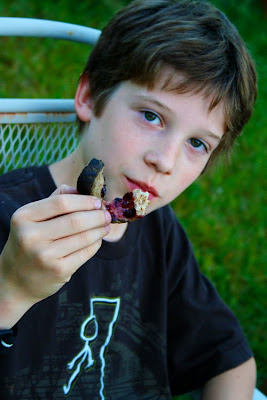 Or maybe it's the homemade blackberry jam and honey butter that made the bread such a treat. ;) 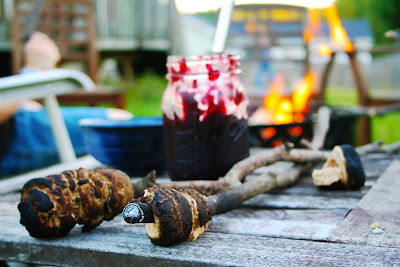 Of course, the marshmallows were happily roasted and gooily enjoyed right off the stick. Maybe next time we'll try s'mores by the firepit. 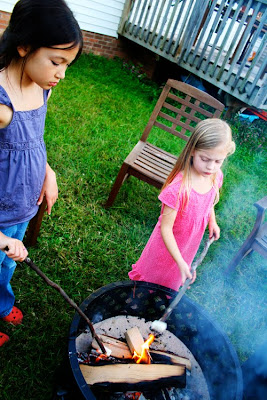 Later, when we settled the kids in bed, the adults headed back to the firepit with a second batch of campfire bread. 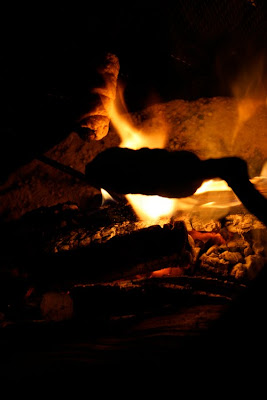 We were able to spend a few hours just sitting by the fire, enjoying the company of friends, letting the stress of the previous week roll off our backs. 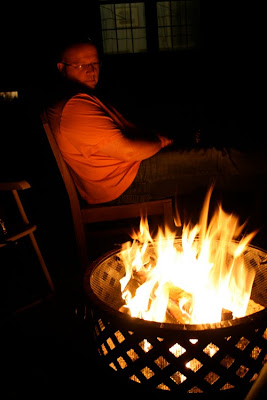 Aren't our friends so cute?! (Paul tried to jump start the fire and nearly flamed us.) 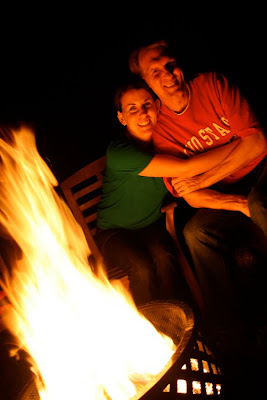 What a peaceful time in the cool autumn evening to spend time with dear friends around glowing embers! 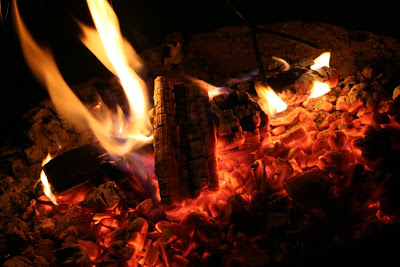