Yesterday, we celebrated the 11th anniversary of Paulie's birth. It's so hard to believe that we have an 11 year old in the house. That's official tween territory, I think. I always enjoy planning for the kids' birthdays and this birthday was no exception. We decided a while back to start including a birthday ring in our family birthday celebrations. I think the birthday ring will incorporate nicely into the traditions we already have, and the ring enables us to center our celebration on something that will be passed around within the family. 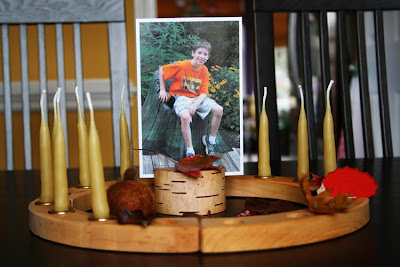 In order to decorate our birthday ring for Paulie's birthday, I decided to dip some autumn leaves in beeswax to scatter within the ring. I originally purchased some beeswax candles to fit the candleholders within the ring, and wouldn't you know, when time came to set up the ring, I couldn't find them for the life of me! So, I spent Saturday afternoon dipping both leaves and candles. 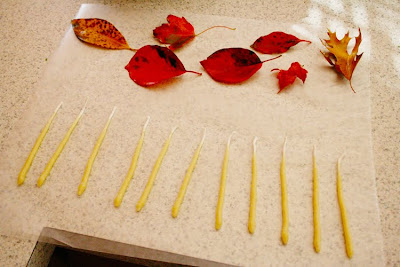 With the addition of a hedgehog ornament and a holder with a photo of Paulie, the decorations felt simple and meaningful. (We're starting each of the kids with 1 ornament, and Paulie loves hedgehogs.) Paulie's gifts are in the background. It still makes me smile when the kids get excited about which bag their gifts are wrapped in. The wrapping bags are another birthday (and Christmas) tradition that they really seem to connect to, which delights me. 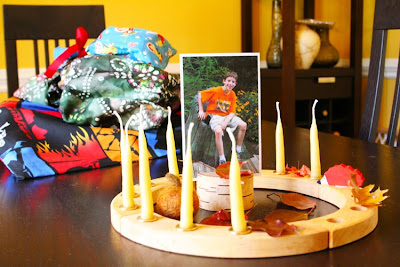 Before Paulie returned home from school, Elizabeth decorated his chair with a "King Paulie" sign and declared it to be his throne. 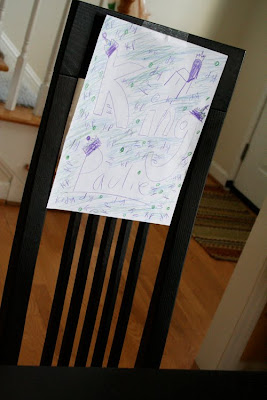 For celebration food, we prepared a fruit salad with all of Paulie's favorite fruits. 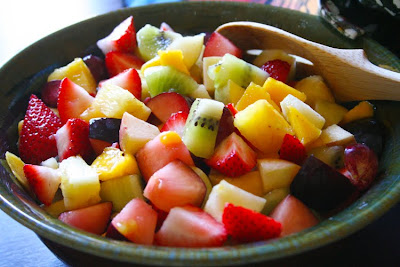 And then there were the croissants. Paulie made it clear when I went to the bread class this summer, that he was only interested in my learning how to make croissants. He even called it my "croissant class." When we were planning his birthday, he requested croissants for dessert. He didn't want cake, cookies, pie or any other treat...just croissants. So I made him some birthday croissants, half were plain, half were chocolate filled. 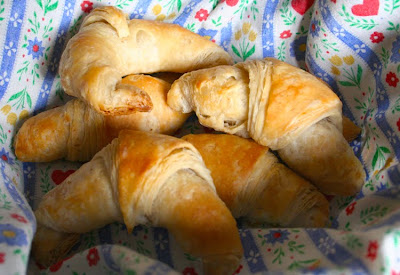 He loved the croissants immensely. He was actually enjoying one here while Elizabeth serenaded him with the birthday song. 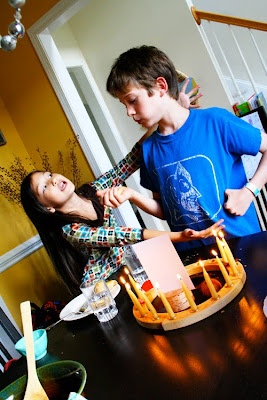 Then he blew out his birthday ring candles to much cheering from his siblings. 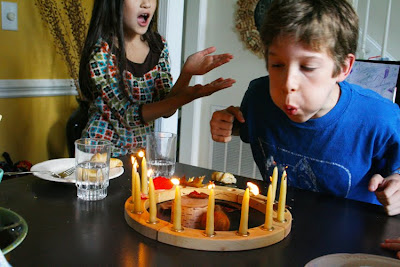 After our celebration, we basked in the autumn air on a walk around the neighborhood. You'll notice that Paulie wasn't walking with us. He's actually in a running club at school so he generally runs laps around us while we walk. 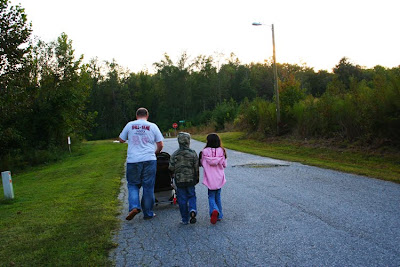 I think Paulie had a great birthday, and I truly hope he has an amazing next year of life.
Posted by Joy at 9:01 AM