autumn hike through the park

With all the crazy, busy days we've had lately, that aren't likely to end soon with 2 birthdays and an anniversary in the next 2 weeks, we decided to take a short hike up to one of our favorite state parks this morning to just breathe in the chilly mountain air and feel the stillness around us. Maybe some of it will rub off? 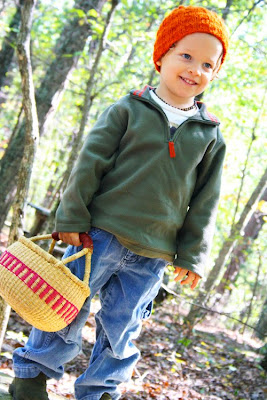 Finn had an amazing time toting his basket all over the trail picking up rocks, acorns and leaves and inspecting hollow trunks and fallen logs. I love that even at 3 he gets so excited when we mention that we're going to walk in the woods. He understands that every trek is an adventure in it's own right. Of course, that doesn't mean that he won't end up on daddy's shoulders for the return trip. 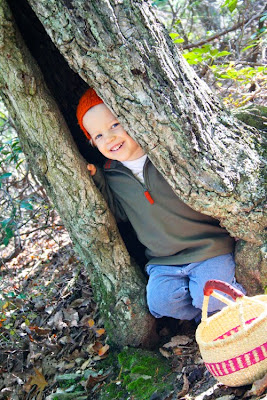 First we made our way to Hidden Falls which are the most accessible and 3-year-old-friendly ones around. We've had quite a bit of rain in the last week, and I was a little bit nervous that the trails would be wet and slippery. Fortunately, they were relatively dry and had that earthy smell that makes you feel like you're really out in the woods. 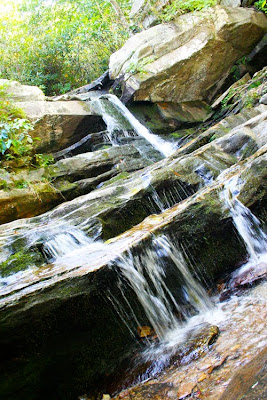 We spent quite a bit of time at these falls, stone-hopping, collecting rocks, inspecting moss, checking crevices for smaller trickles of water. Such a beautiful area to explore. Finn was immediately shedding his socks and shoes despite the chilly air, then dashing in and out of the water proclaiming "it's cold!" 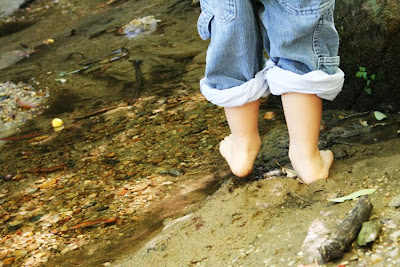 We managed to find several relatively smooth rocks to bring back with us. A couple we're saving for Elizabeth who has announced that her bedroom now has a rock theme, and she only wants rocks to decorate now. The rest we intend to felt to fill a window sill with autumn-colored rocks. 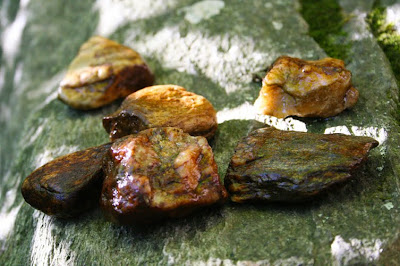 We tend to make Hanging Rock an autumn adventure, but I think next time we should come in the summer when the kids can frolic all over these falls. They are so accessible and look like great fun to splash in. 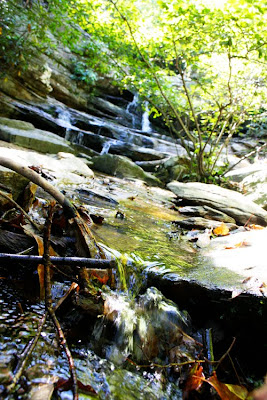 On the sides of several trails, we saw some of the biggest acorns I've ever seen. Some of them were close to 2 inches long. Most of them were not with or near any caps so I didn't even recognize them as acorns initially. I wonder what makes some of them grow so large? The age of the tree? The amount of water nearby? Fascinating! 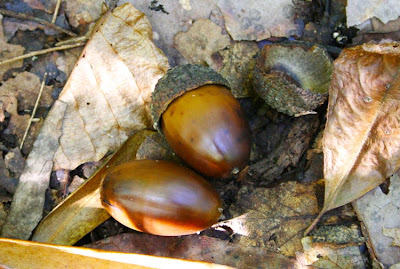 Once we had our fill of the Hidden Falls, we moved further down a steep path to the Window Falls. Along the way, we spied a flat rock which made for a good lookout over the side of the mountain (and scared mama to death with Finn so close to the edge). 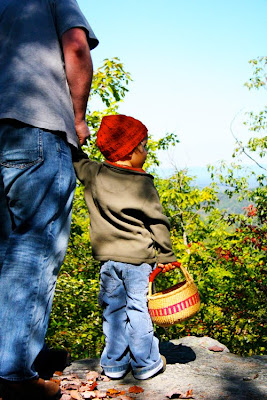 On the way back up, Finn paused by the "spiky log" for a snack. 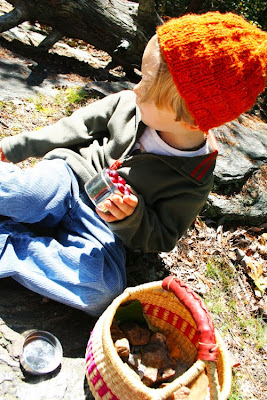 Paul and I each took advantage of Finn's pause to venture out onto a large flat rock overlooking the hidden falls and down into the valley below. I had to lay down to get a few shots because I was so nervous at getting to close to the edge of the rock. (I'm not one to live on the edge. Heights are not my thing.) 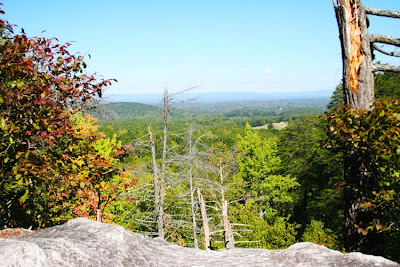 When we returned home, Finn and I set to working on those rocks. We each picked some autumnal wool to felt over our rocks. Maybe once they're dry I'll be able to get a good picture of them. 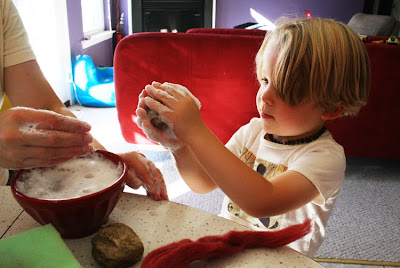 In all it was a wonderfully relaxing day. I hope your first weekend of October has been the same!
Posted by Joy at 9:55 PM