Paulie's new room was the easiest to organize of the 3 spaces we worked on this weekend, so I'll show you photos of his room first. He doesn't have much art on his wall yet, but we generally have no problem filling wall space with art so I'm sure it will come soon enough. Most of the art in his old room was out-of-date to his tastes so it will be fun to update his walls.
Paulie's new room is Finn's old nursery so it's the smallest bedroom in the house, making it necessary that we use the space as wisely as possible. His new bed (which we actually thrifted 18 months ago in anticipation of his new room) is a bunk over futon. We hope this will help with sleepover friends, as well as out-of-town guests now that we have a futon in this room. 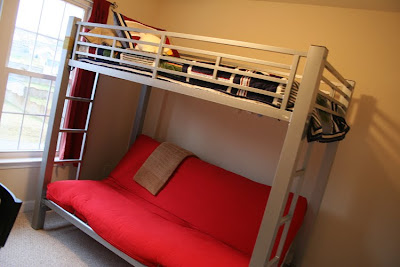 His quilt was already on his old bed, a present from his 9th birthday. 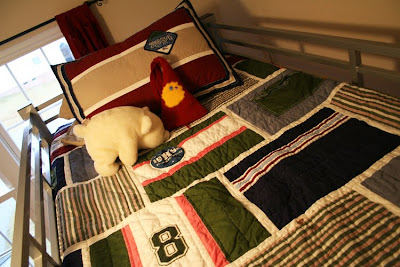 We did purchase this new Ikea desk/bookshelf for his new space. It is the only other piece of furniture in his room. We hope that it will prove versatile and a good use of space for his room as he grows older. Now he has room not only to work on homework, but also to play his Yankees pinball game up on his new desk. The speaker shelf over his desk hung over his old bed, but was a head-bonking hazard there, so we hope it will find a better home here. 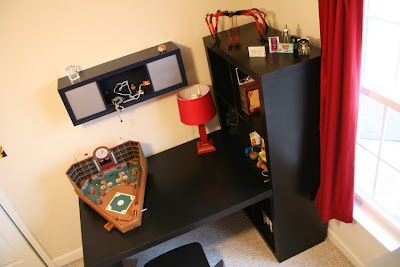 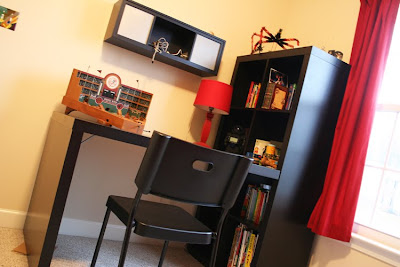 Isn't this a great little storage space for books and games? 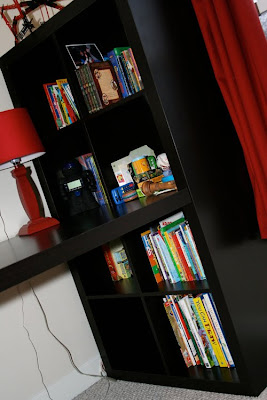 His new closet has more space since he has it all to himself, so we put a little inexpensive shelf to store his clothes and a bin for his out-of-season clothes. 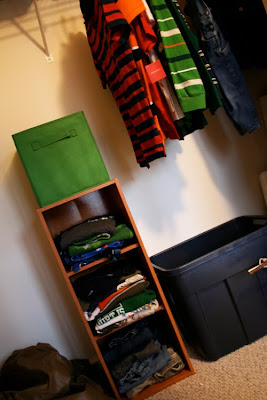 The inside of his closet door has hooks for his jackets, freeing up more wall space for art. 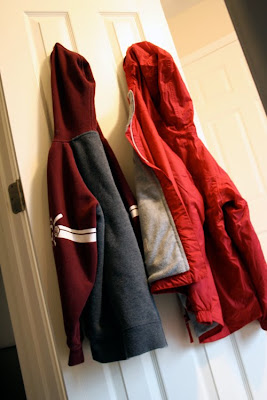 And what room would be complete without a little hedgehog watching over everything? 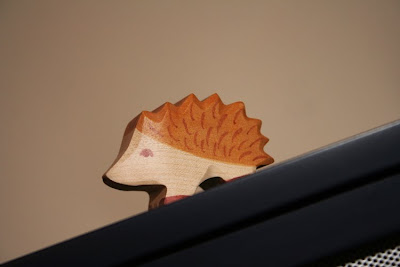 Paulie will get to see his new room for the first time tomorrow so we're hoping he'll love it! I'm really amazed at how much of a pre-teen room it is. I guess we're heading into that territory soon.
Posted by Joy at 4:53 PM