excerpt from The First Day of School
by Howard Nemerov
A school is where they grind the grain of thought,
And grind the children who must mind the thought.
It may be those two grindings are but one,
As from the alphabet come Shakespeare's Plays,
As from the integers comes Euler's Law,
As from the whole, inseperably, the lives,
The shrunken lives that have not been set free
By law or by poetic phantasy.
But may they be. My child has disappeared
Behind the schoolroom door. And should I live
To see his coming forth, a life away,
I know my hope, but do not know its form.
**********************
Finn began his school career today. His first day at a local Montessori school. I know it's not the first day of kindergarten or anything, but for this, my baby, it's a huge step. He's been with the same two lovely women for childcare since he was 6 months old, when I started back to work full-time. He's now a lunchbag toting, playmat rolling out, Montessori work doin', independent big kid. So sighs my heart...
As you can see, he was more than ready for the start of his big day. 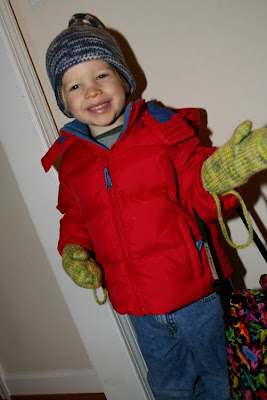 And silly as always. 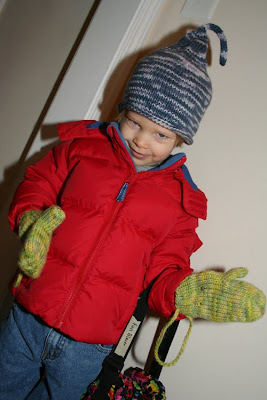 After putting away his lunchbag, coat and hat, 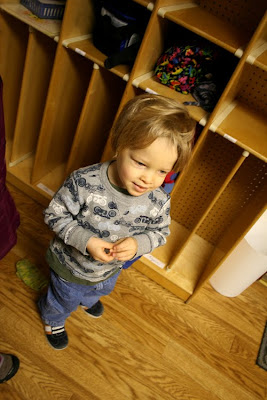 he changed into his slippers. 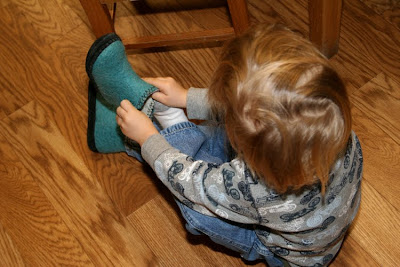 Then off to put together cars as an interim task until the official start of the school day. 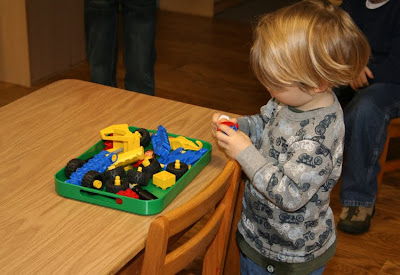