Finn is having a rough week. Therefore, everyone Finn knows and loves is having a rough week. He's not one to bottle his emotions; when he's having a hard time, everyone else gets the brunt of his frustration...but mostly mama.
Finn was home with me for the two weeks around Christmas that the kids were out on school break. Right at the end of the break, just before he was to begin at his new Montessori school, he came down with what I think was the flu. He was really sick for 2 days and then spent another day recuperating before finally starting school on Tuesday. He went to school in a good mood and excited about his new school and new friends. Then, mama had the nerve to go pick him up from school. Mean mama! He cried and screamed the whole way out of school, the whole way home, took a nap, then cried after his nap until dinnertime. An unprecedented amount and intensity of crying, even for an intense little boy. Finally when daddy came home and brought his brothers, he seemed mostly normal for the rest of the evening. I chalked it up to a new experience and the fact he hadn't slept well while he was sick. Then the night came. He fell asleep without problem, but woke up at 11 pm and whined/cried/called for me for 2.5 hours straight. Oh, I went in there, as did Paul, dozens of times. He would calm down for 5 minutes at a time just to start up again as soon as we would start to drift back to sleep. It was torture.
The next day, he happily went to school eager to play with his new friends again. But that afternoon, the same crying and generally unhappy malaise when I picked him up from school. And it lasted for more than an hour. I had already made a bedtime plan that I hoped would at least address the sleeping problem because it's hard to fix emotional over-reaction when the babe is too tired. So our bedtime routine went like this. Warm and filling dinner, bath with lavender and sandalwood essential oils, Valerian and Rescue Remedy before bed, extra singing and poetry, lavender and humidifier in the bedroom, and two layers of pjs to keep him warm. And it worked. He slept for almost 12 hours straight.
{thank you little glass bottles of liquid sleep-inducing gold!} 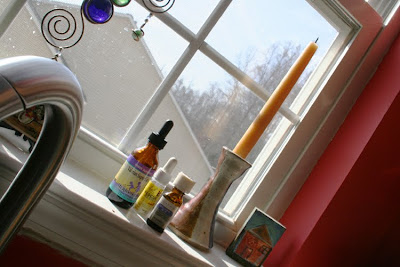 This morning he happily went to school, ate a good lunch, took a good nap, then mama picked him up and ruined the show again (still can't figure out what's going on here!?). He calmed down finally, but not before spending 10 min alone in his bed then me rocking him silently for another 5-10. He still insists that he doesn't want me to pick him up from school so we agreed that daddy could try the pickup tomorrow (although what difference that makes, I don't know!). We continued the routine from last night minus a bath and added some favorite foods that Finn helped me make for dinner and an idea I gleaned from Heather, trying some relaxing yoga poses before bed. I only tried one position with Finn this evening. He laid with his back on the floor and his legs up the wall. I don't know that he relaxed very much since he was busy playing with the new eye pillow I made for him this afternoon, but maybe it will relax him the more often we try it.
{some of his favorite foods} 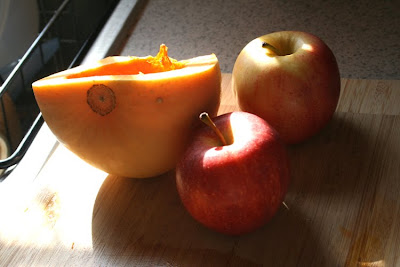 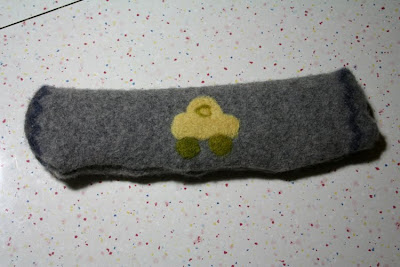 At this point, I'm happy to take any and all suggestions on the pickup transition. According to his teachers, he's perfectly happy and sweet the entire time he's at school so I'm not sure what's causing the pickup time meltdown, especially since it seems so directed at me. I'm definitely interested to see what happens when Paul picks him up tomorrow. I need a day to let my emotions balance back out again. You'd think by the time the 4th kid comes along that you'd seen it all but I guess that's not always the case.
Posted by Joy at 8:50 PM