Does anyone want to know what qualifies as a "Snow Day" in NC?
That would be less than an inch of snow
(see below) 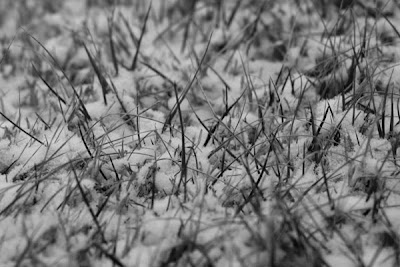 That's right; we received less than an inch of snow and the schools shut down, cars spun around (at least in our neighborhood), and the kids frolicked like they'd been handed a belated Christmas present.  (see below) 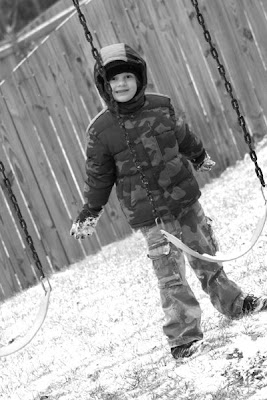 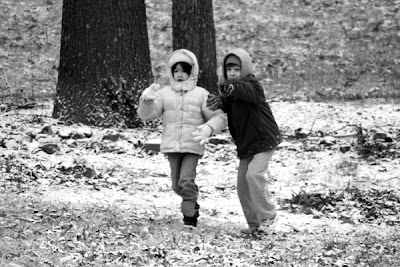 Of course, in my opinion, a snow day could not have come at a better time.  Right on the heels of MLK Day, we had an extra day to sleep in, which only Elizabeth took full advantage of, the kids were able to make pizzas for lunch... 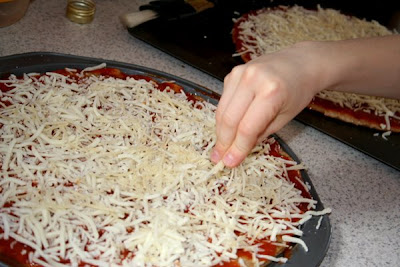 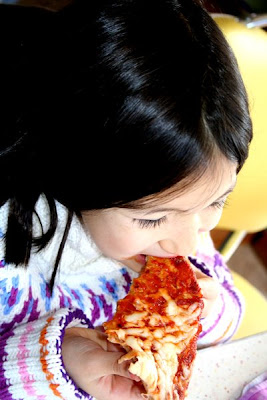 and watch the inauguration from the comfort of their own cozy home. 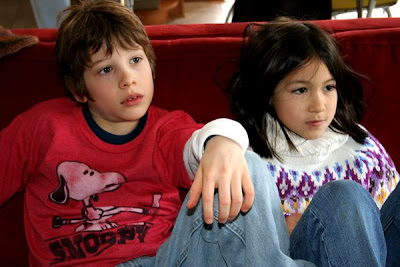 Root Vegetable Stew rounded out the snow day,
because everyone needs hearty soup and warm bread
after playing in the snow. 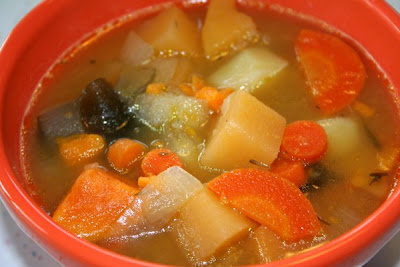