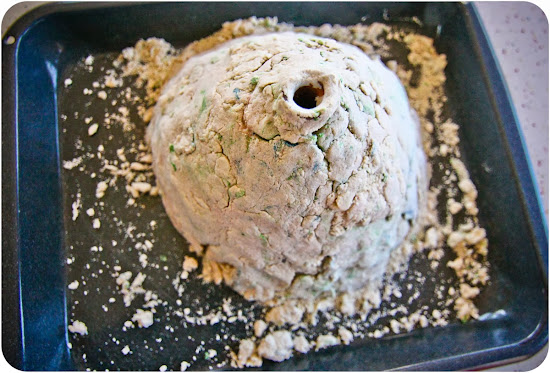 He was, of course, the most excited about doing the actual experiment. He convinced my dad to help him build the volcano out of flour, salt, and water, with a smidgen of food coloring mixed in. 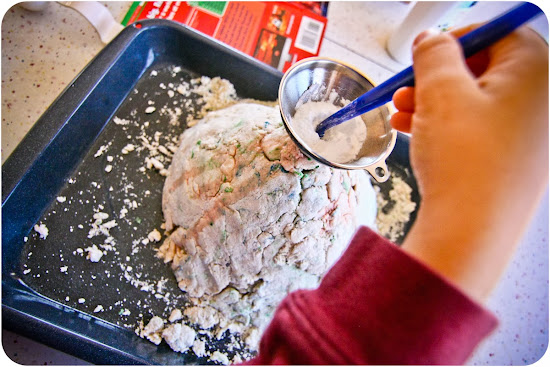 He then carefully poured red-colored water into his volcano, then stuffed it with baking soda. He intentionally chose a vase to build the volcano around so that the round bottom of the vase would mimic the plasma chamber and the thin neck of the vase would imitate the main vent of the volcano. 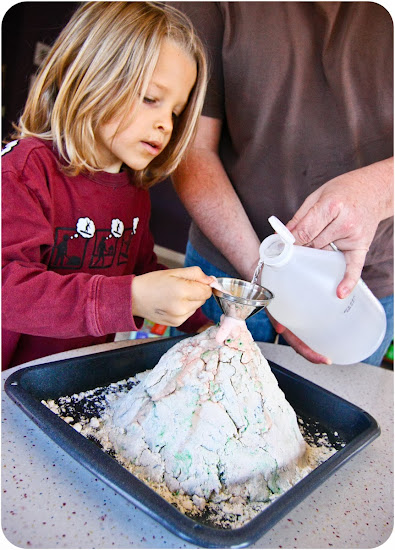 Sure enough, he got the eruption he was looking for. Maybe a little less red than he was hoping. It was more like pink foam coming out of the volcano. 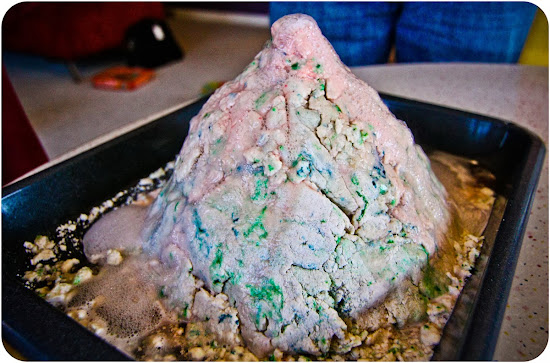 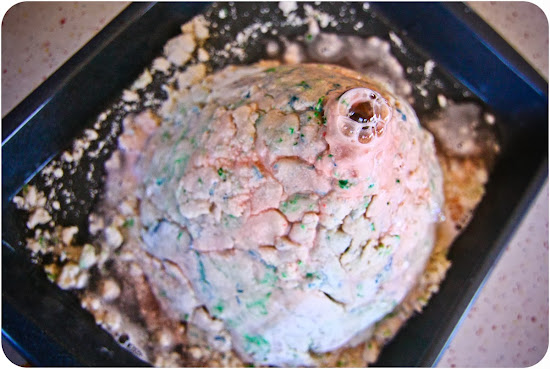 He also diligently worked on his science fair board when it was time to turn in the project. He even search online by himself for a diagram of a volcano to show the plasma chamber and main vent that the vase represented in his volcano. He won a ribbon for participation which thrilled him. (I wanted his project to be about his experience rather than worrying that he had every single component required for a winning ribbon.) 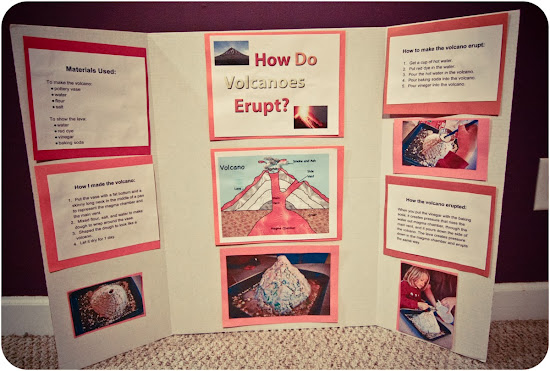 His had 2 thoughts about the science fair once it was over: why did other people steal his idea (I neglected to mention to him that the volcano is a popular science fair experiment.) and what new idea he could think of for next year so he might win a blue ribbon. I'm thankful this was a positive experience for him. We'll continue on the science fair path as long as it's a challenge he enjoys.