We spent the weekend traveling down to Greenville SC to visit our friends Paul and Jenni and go with them on the annual Greenville Urban Farm Tour.  Well, actually Paul was volunteering at the event, so only Jenni and the kids were able to come with us to the farm sites, but what an amazing time we had.  Not only were we able to see some urban (and some suburban) farms in action, but learn some pointers and see several fascinating things in the meantime. 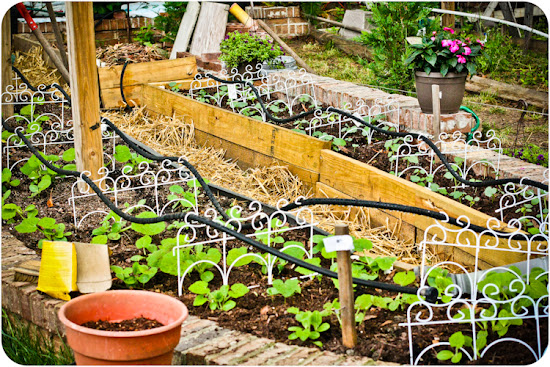 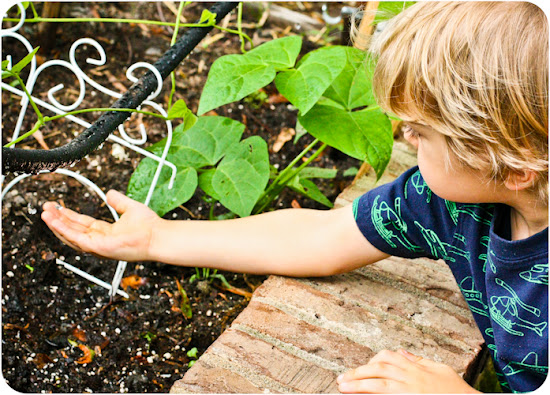 You could tell this area was just a bit later in the growing season than us.  Several veggies had popped up on various plants. 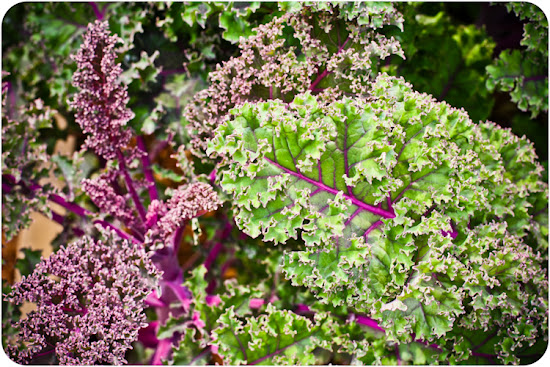 Just look at the gorgeous cauliflower and peas! 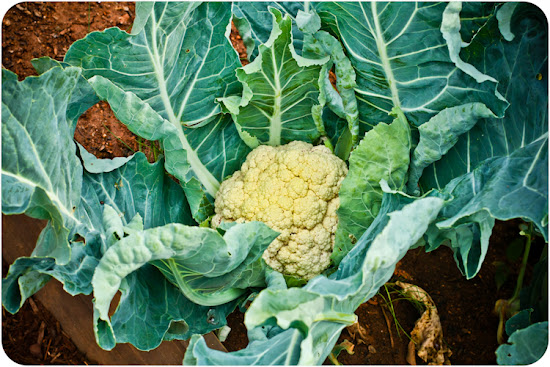 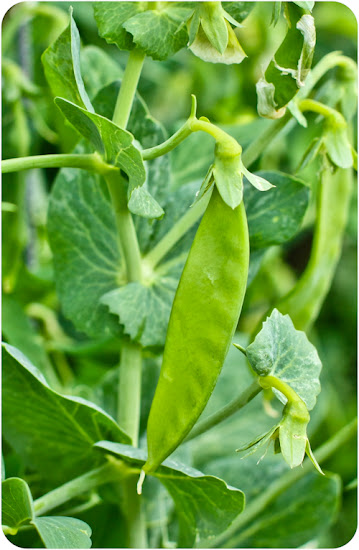 Many of the urban farms we visited had chickens and/or bees.  Such a lovely sight in a downtown area! 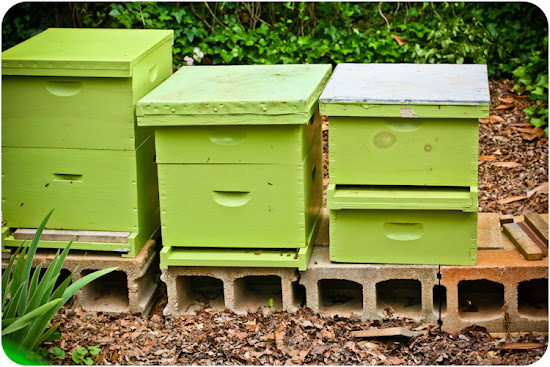 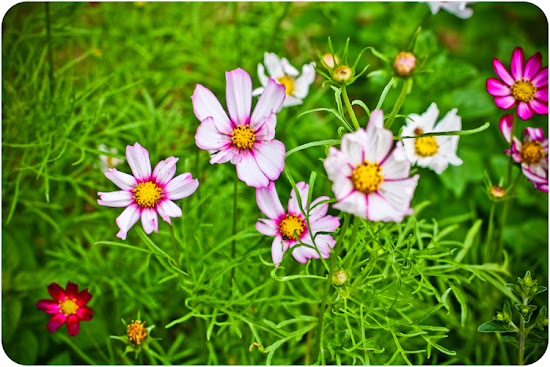 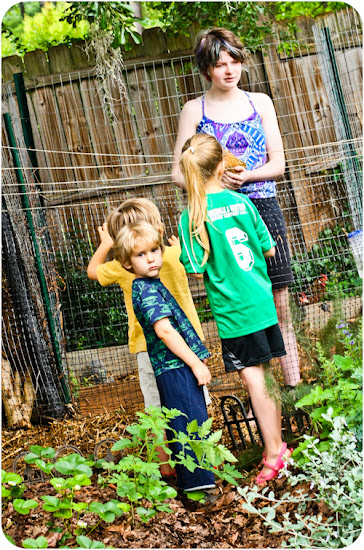 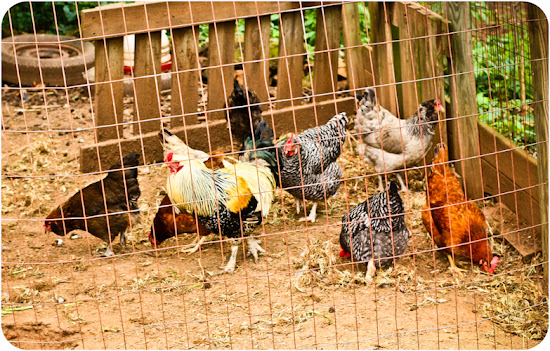 We found oodles of raspberries just beginning to ripen at one of the farm sites. 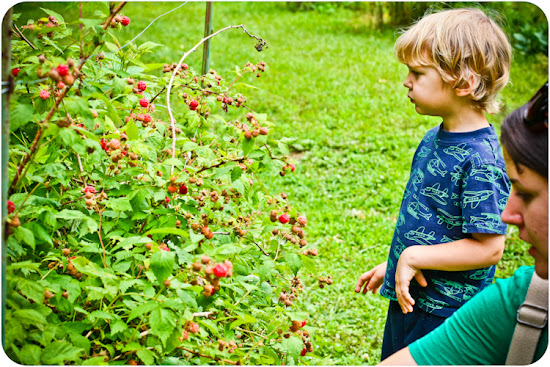 Penelope tried her first raspberry with only a bit actually making it into her mouth, I think. 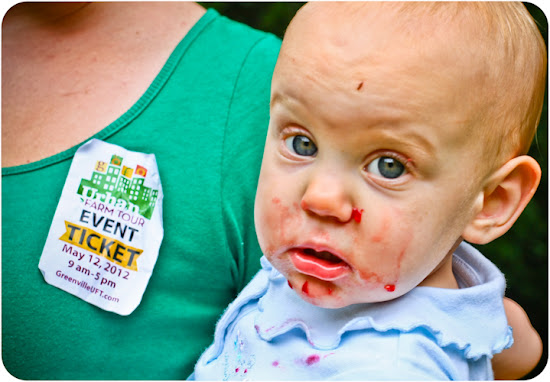 Amazingly, the kids gravitated toward the chickens at nearly every site, except the one site that found Finn sitting in a fire ant nest.  Ouch!  Twenty-seven bites later and we managed to knock all of the ants off of him.  The rest of the wildlife was much more friendly! 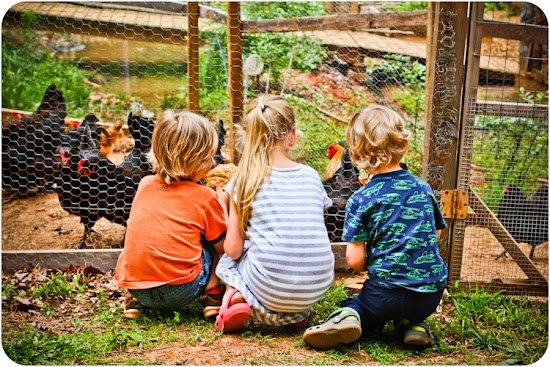 Many of the farms also had beautiful raised beds or mulched garden mounds.  I definitely want to mulch or spread hay between our beds to keep the weeds out of that area. 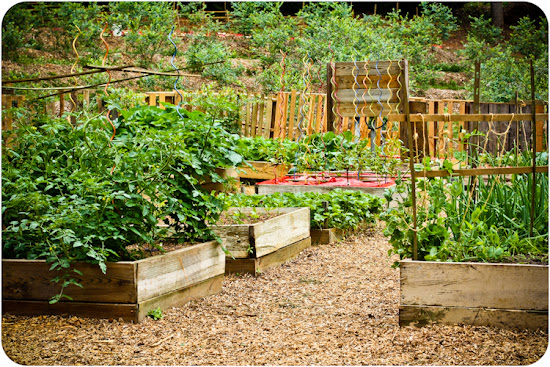 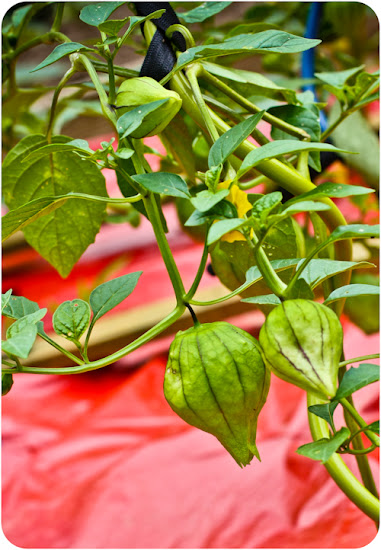 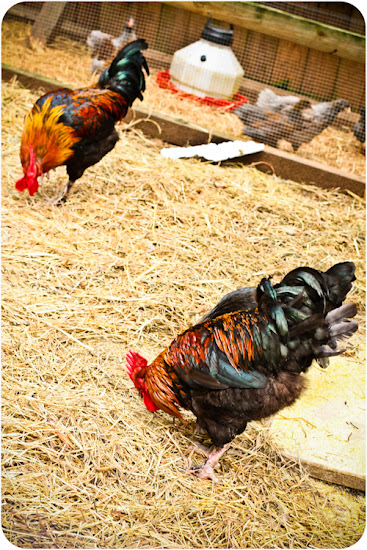 Charlie managed to find an extremely tiny frog near a pond at one farm.  Isn't he the cutest?! 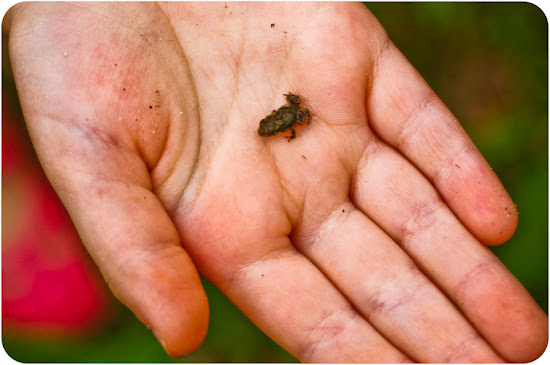 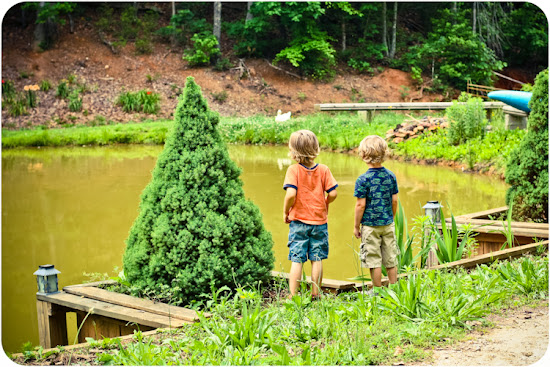 One of the farms had an acre or so of you-pick blueberries so I might have to visit Paul and Jenni again in a couple of months for organic blueberry picking! 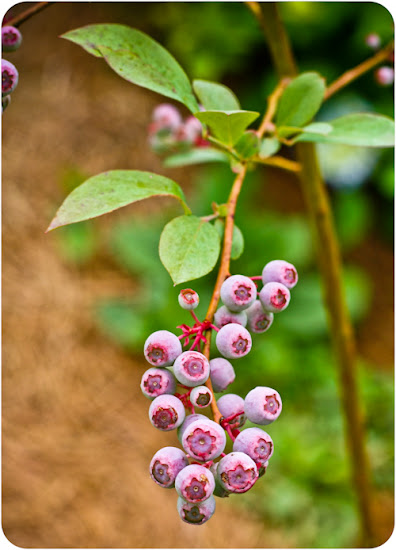 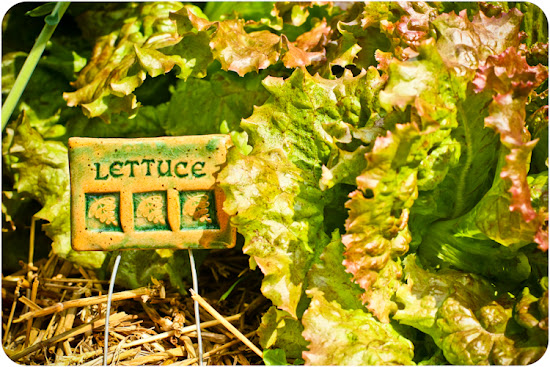 The last farm we visited did not keep bees, but had plenty of lavender planted around to attract the bees.  Clever!  Our lavender is only in the front yard.  Maybe we should plant a bit more! 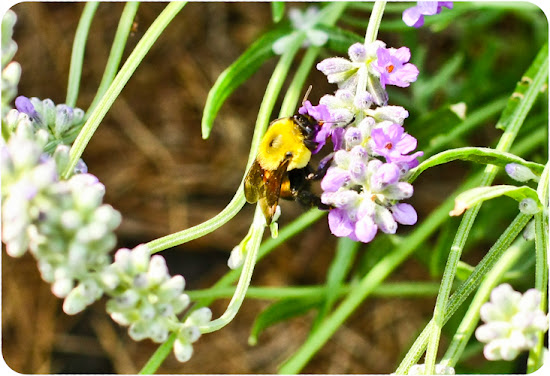 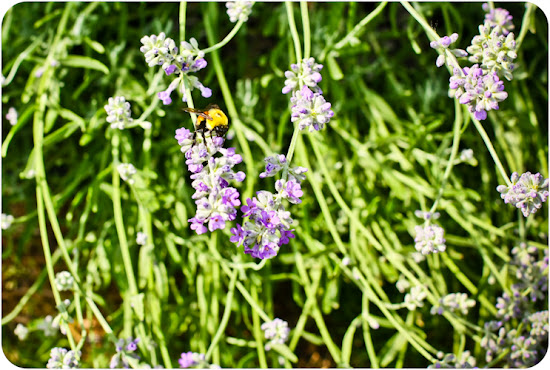 What a fantastic adventure this farm tour was!  It makes me wonder how many similar farms there are in my own area.  Certainly worth looking into while I tend to my own suburban farm.