Yarn Along and a qiviut cowl

Joining Ginny's Yarn Along, but I didn't picture my book again this week because I'm still working on the same one as last week. Amazingly, with all the unpacking (and repacking for yet another trip next week) I've found almost no time for reading. Well, that and because I've been knitting in every spare moment. :)
I finished the hat from last week (and apparently forgot to take a picture) and now I'm working on Elizabeth's. She really likes elf-style hats so I'm attempting this one without a pattern. I've made them in the past with the Elf Cap pattern from Handknit Holidays, but that pattern uses super bulky yarn and size 15 needles. I'm attempting this one with bulky yarn on size 11. The yarn is Crystal Palace's discontinued Kaya in Jungle. (You can get it for a great deal here.) 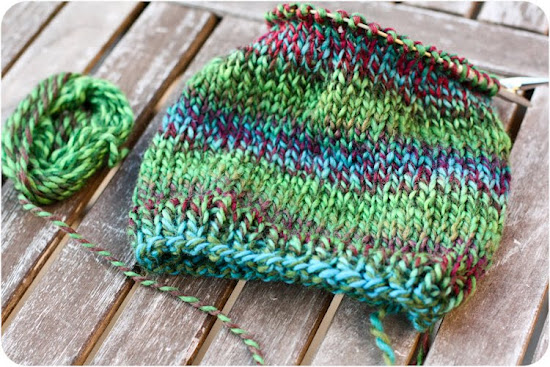 And while I've been occasionally working on hats since arriving home from Alaska, what I've been spending the bulk of my knitting time on is this lace cowl. 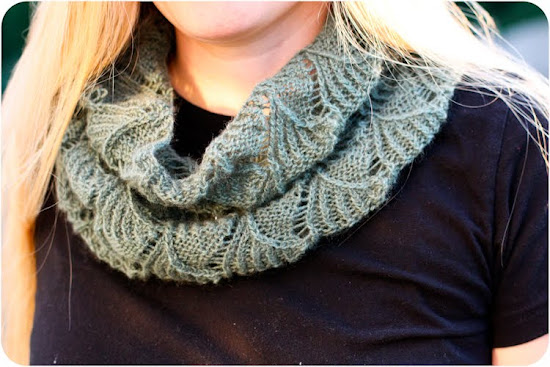 While we were in Alaska, I encountered qiviut fiber for the first time. The underwool of a muskox, qiviut is among the softest natural fiber in the world and some of the costliest as well. The hats and cowls that we saw at the store in Anchorage began in the $125 range and went up from there. Qiviut, however, is 8x stronger than sheep's wool, softer than cashmere and will not shrink regardless of the water temperature (which also means it won't felt).

(Don't mind the grimace. Bright sun and too much time at the pool make for tired eyes.) 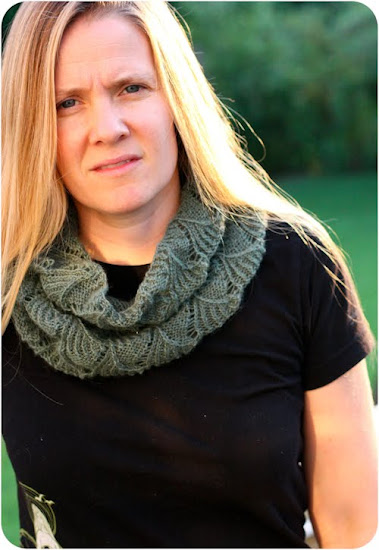 Paul's aunt took notice of my interest in the qiviut, and she knows well my love of knitting. During our trip to a yarn shop in Fairbanks, she treated me to a gorgeous ounce skein of sage green 100% qiviut with the condition that I make something for myself with it. The shopkeeper showed me a pattern which is supposed to be a silk smoke ring, but with only an ounce of fiber and slightly larger needles, I was able to make a lovely cowl using the pattern. 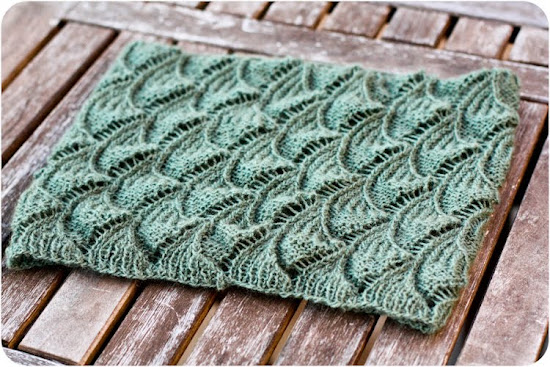 You can kind of see in the closeup just how soft the fiber is. And I really thought that this pattern did justice to the delicate qiviut. 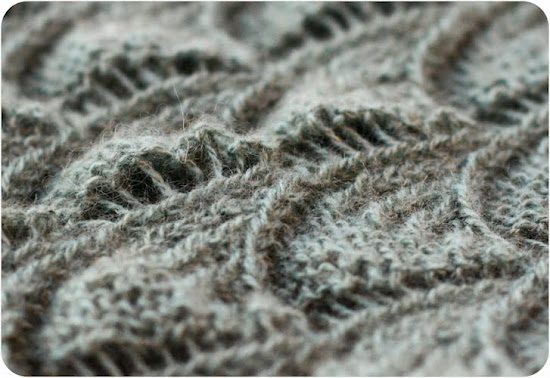 Now I just need the weather to turn a bit cooler so I can wear my qiviut cowl. Because qiviut accessorizes well with everything, right? 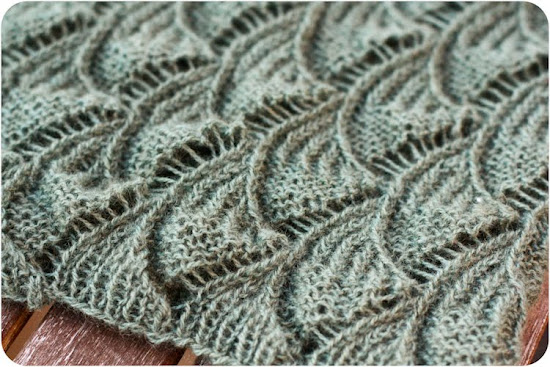