Yarn Along and a pattern

Philip's Christmas blanket is so close to being done that I can taste it. Although it's taken longer to complete than I anticipated (thanks to it being hard to drag along on our many trips this summer), I'm happy to say that another stripe and a half, and it will be done! You can find more details about it here. The reading for the week has been largely centered around things I want to implement when "school" starts for Finn in a few weeks so I've been flipping through many of my Waldorf books including The Waldorf School Book of Soups, The Singing Day, Seven Times The Sun and The Waldorf Book of Breads. 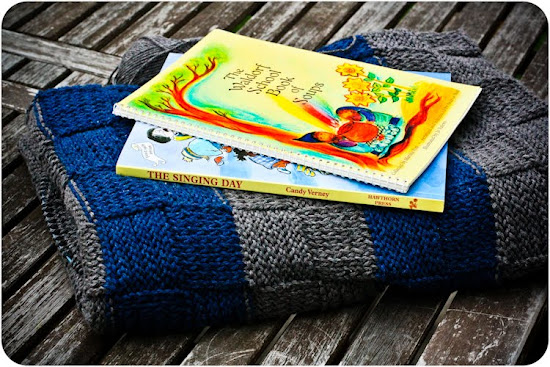 I did finish Elizabeth's elf hat that I began last week. The style is loosely based on the Elf Cap from Handknit Holidays, but I made the point looser, more gnome than elf, probably. :) I'll post a pattern below for anyone who is interested. 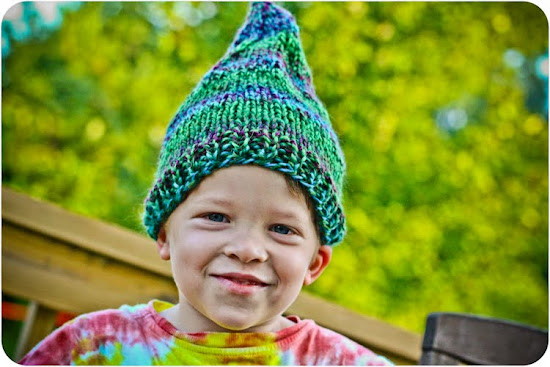 Finn was kind enough to be my hat model so the hat can be a surprise for Elizabeth. His fee: one pack of Annie's gummy bunnies. He drives a hard bargain. 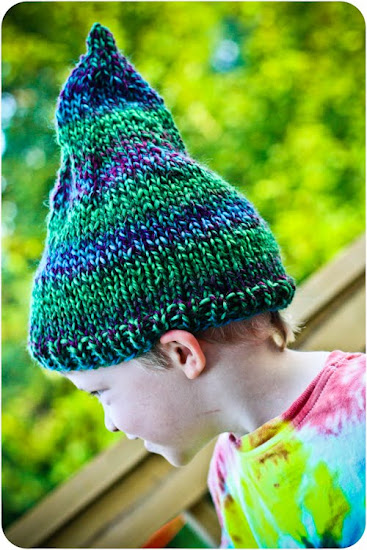 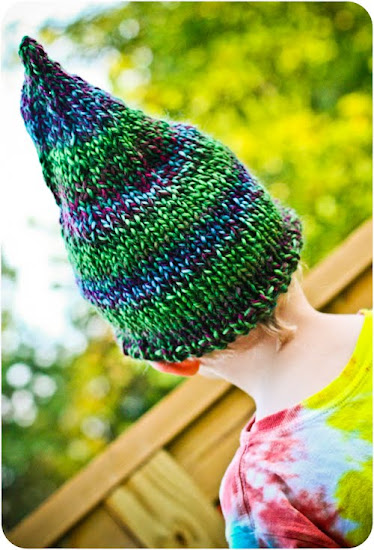