While Elizabeth spent her week in yarn camp, Paulie and Philip devoted their week to learning robotics. Their big project for the week was an actual sound-respondent, walking robot. 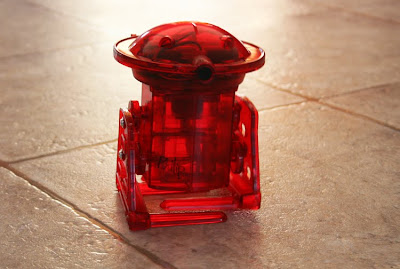 They couldn't have been more thrilled to spend an entire week connecting wires, screwing together arm and leg parts and putting the finishing touches on their own robots. 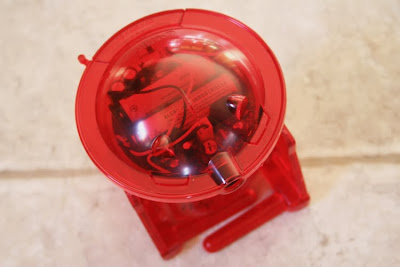 Robot camp also afforded them the opportunity to work on a few smaller projects like an image reversing device and a kaleidoscope with beads and mirrors. 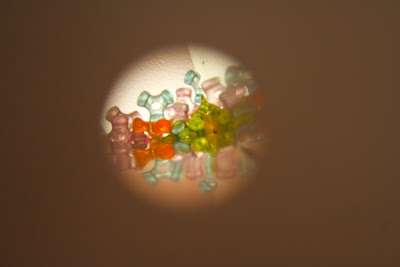 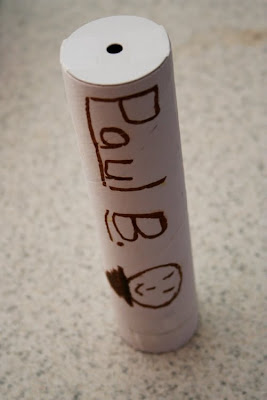 In other news, my brother and his family are in town for the remainder of the week, and Finn is thoroughly enjoying his cousins. 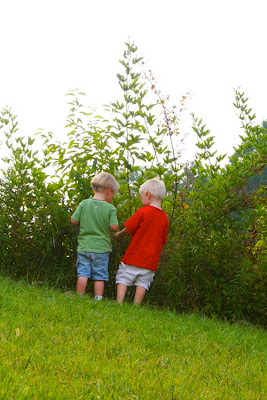 Finn and Aidan spent the evening playing outside despite the blazing heat. They found some refreshment, in the form of blackberries, along the backyard fence. 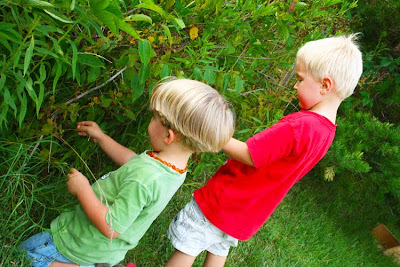 While Finn and Aidan scampered along, Aren drove the play structure and gave me his cutest smiles. He knows how to work the camera! 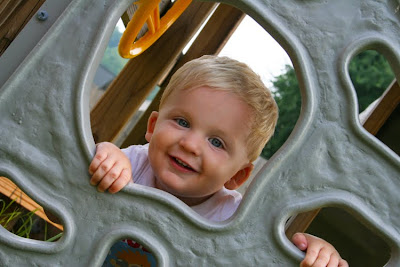 *Psst...check out my guest blogger on The Book Children*
Posted by Joy at 8:26 PM